Fine Autograph and Memorabilia auction dealer Nate Sanders has just sold 15 Academy Award Oscar Statuettes for more than $3 million on Tuesday, two days after this year’s Academy Awards show. A statuette which was won by Herman Mankiewicz for penning the script for the 1941 best screenplay winner Citizen Kane, grossed $588,455, the highest bid at the event, according to the auction house. The 1933 Best Picture Oscar, awarded to Cavalcade, went for the second highest total, selling for $332,165, while the 1931 Best Picture Oscar for Skippy, the oldest sold, went for $301,973. 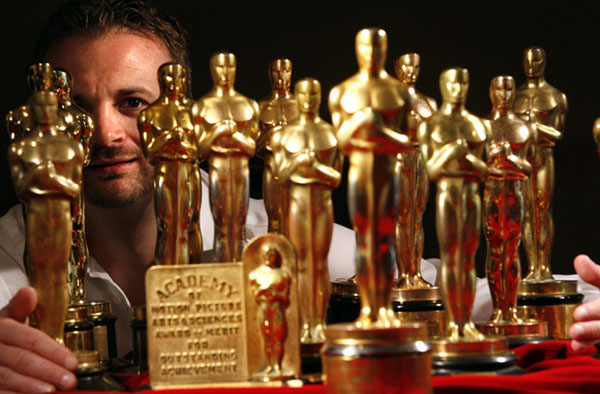 The largest collection of Oscar statuettes ever offered for public sale

The 15 Oscars had been collected by a Los Angeles businessman whom Sanders declined to identify. However, he described the seller as having ties to the entertainment industry. The collector decided to sell the statuettes after Sanders sold Orson Welles’ Citizen Kane screenplay Oscar three months ago for $861,542. Welles and Mankiewicz had shared the screenwriting award for the film. The statuettes, each 34 cm tall and weighing 3.85 kg, were bestowed upon the moviemakers of winning films and works before 1950, when the Academy of Motion Picture Arts and Sciences reached an agreement with winners which bars them and their heirs from selling the statuettes without first offering to sell them back to the Academy for $1. The Academy, its members and the many film artists and craftspeople who’ve won Academy Awards believe strongly that Oscars should be won, not purchased, said an Academy statement.