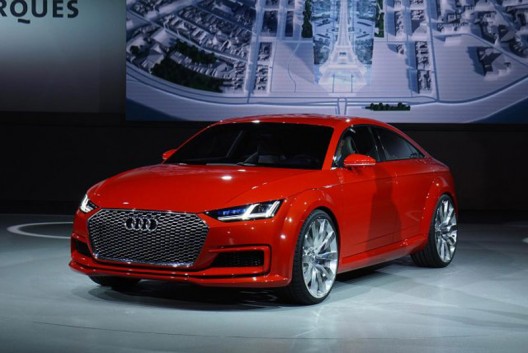 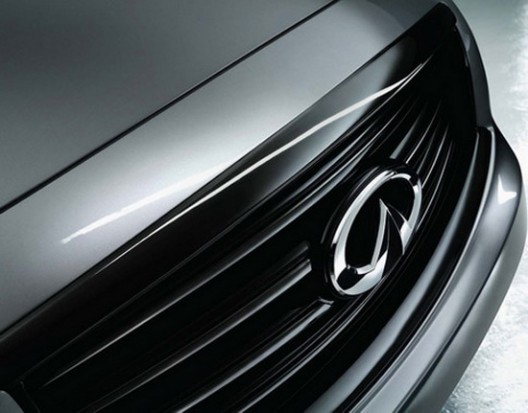 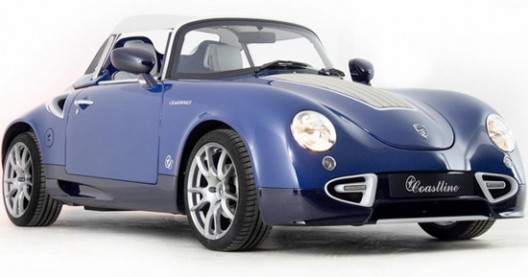 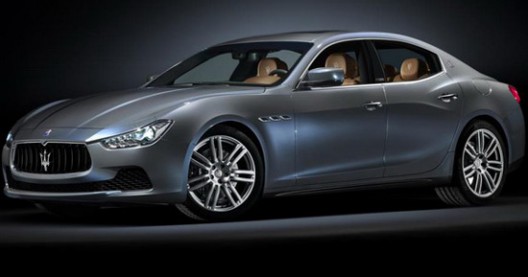 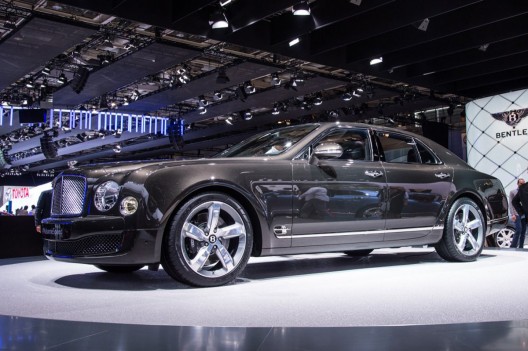 <
Following the recent promotion of the Continental GT3-R, Bentley prepares its sports version of luxury sedan, Mulsanne. Such Mulsanne Speed ​​should have its premiere at the upcoming Paris Motor Show, which will fit into their “sports luxury” image of this British brand. 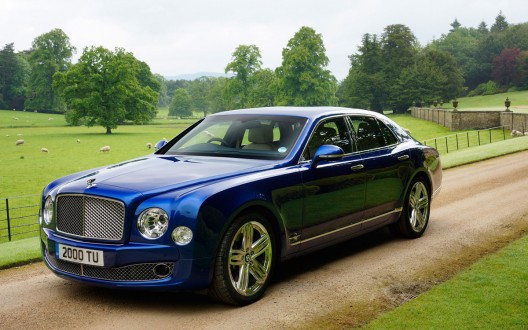 Speed Mulsanne will have a twin-turbo 6.75-liter V8 engine, which will be enhanced from serial 505 to 550Hp. Acceleration to 60mph will be less than 5 seconds and top speed around 200 miles per hour. The car will probably have a less weight than the standard model, and will new package and modified suspension and control system. This Mulsanne will also receive a sleek styling and luxury interior, and the price could be around £250,000 ($430,000).

Mercedes-Benz has started with realisation of a new S Class of camouflage worn on prototypes during the test drive. The new generation Mercedes S-class is an evolution of the current model, so you should not expect dramatic stylistic changes. 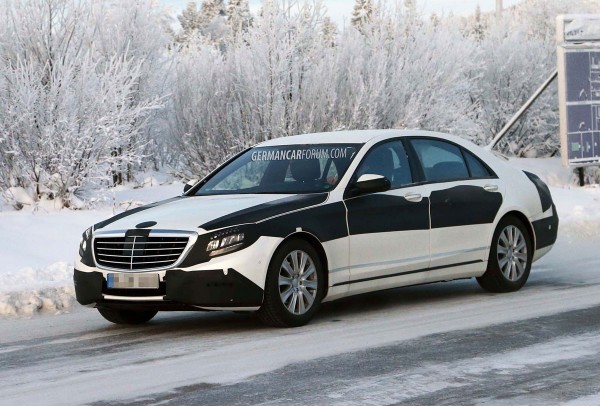 With another bumper, the front of the car will have a higher grille with chrome frame. Headlights will have more contemporary look, as well as brake lights. What we already seen in the photo on the prototype, are two parallel lines on the side of the car door. One lies just below the door handles and the other above the threshold. These details follow the latest design philosophy of Mercedes sedan game, like the CLA, who were presented in a study Aesthetics in the Paris Motor Show 2012th. According to the recently published photographs of the new S-Class, the interior of this car will suffer significant changes from the current version, and the instrument panel dominated by two large screens. The new S-Class will come with an ‘aluminum-intensive unibody’ with four-link front and multi-link rear suspensions that come with the new Magic Ride Control system. This system makes use of a set of cameras to scan the road and adjust the suspension accordingly. Engines will be the petrol V6, V8 and V12 and diesel variants with four-cylinder and V6 units and Mercedes will also offer customers the Hybrid and Plug-in hybrid versions. Expected nine shift automatic transmission on new S-class.. The top of the range will be AMG model with a V8 and V12-filled turbo petrol engines. In addition to the standard version, we should expect a model with extended wheelbase, while the all-wheel drive is available as an option. Besides the sedan variant, Mercedes plans convertible versions with 2 and 4 doors. Judging by the scant camouflage foil of the Mercedes S-class, all we are closer to the launch of the new generation of models. Premiere date has not yet been declared, and in the game are some of the major events such as Chinese Motor Show in the first half of the 2013 and the Frankfurt Motor Show in September. 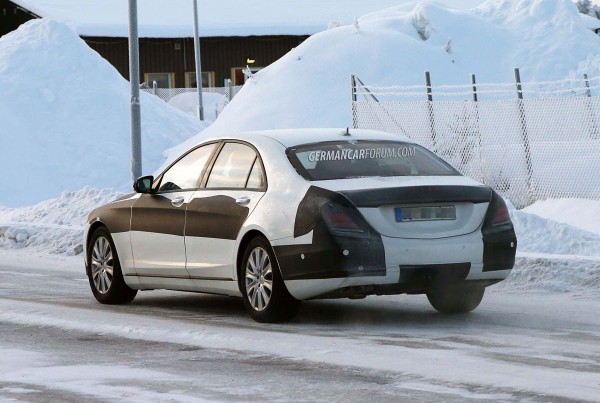 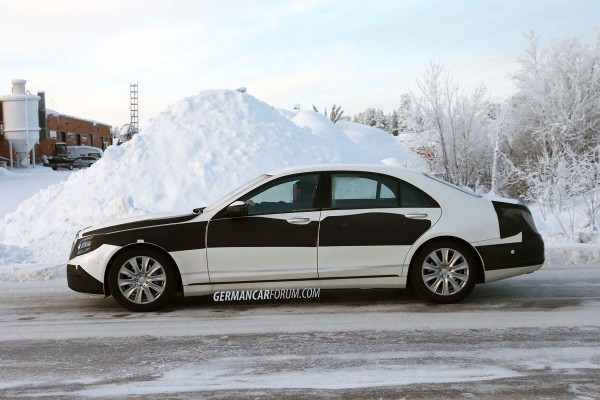 With the Maybach line of vehicles no longer in production, the upcoming Mercedes-Benz S-Class will have up to 9 different variants 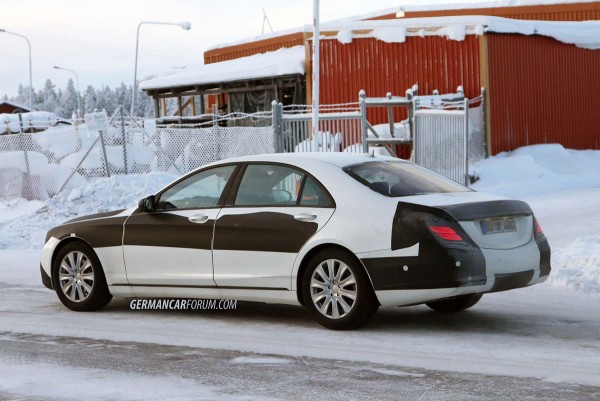 Expect for the most radical changes to be on the inside, and with the tech 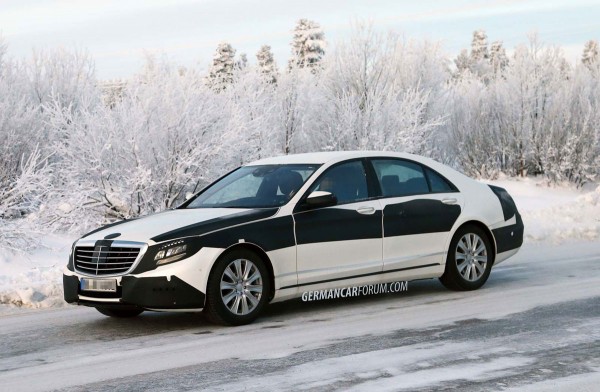 We can clearly see new LED daytime running lights and indicators, which on the new model appear to be at the top of the headlight 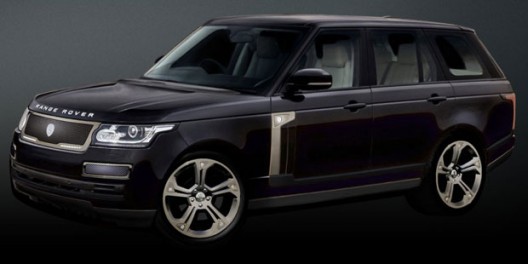