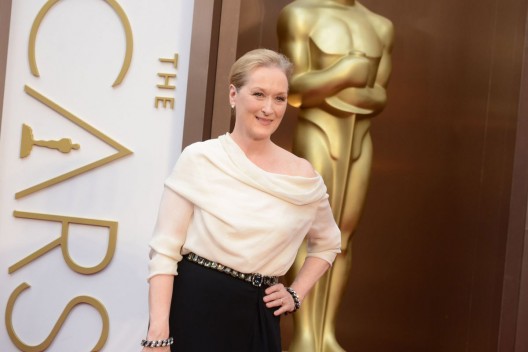 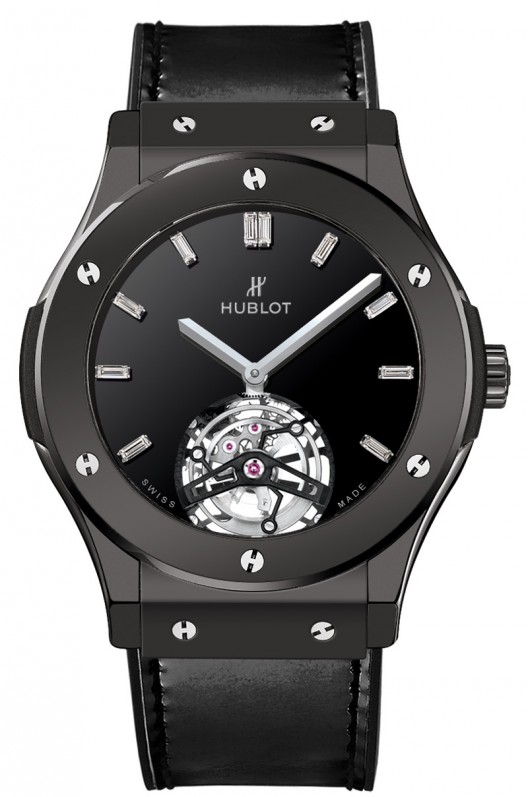 If you always dreamed of having a peek behind-the-scenes at one of the most popular, celebrity-attended award shows – American Music Awards, here is your chance. The Ritz-Carlton, Los Angeles offers once-in-a-lifetime weekend package which allows guests to walk the red carpet and sit among the stars at the 41st Annual American Music Awards Show. This irrestistible three-night package includes tickets in the first ten rows, red carpet access, VIP parties, and exclusive pre-show ‘Behind the Scenes’ tour…and much more. 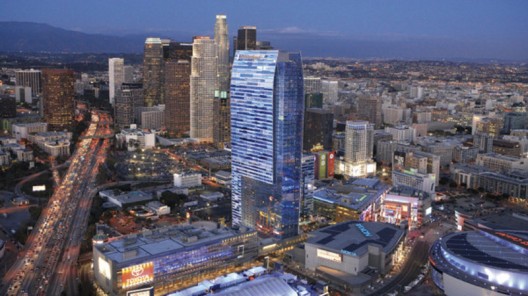 For the price of $15,000 music fans will also get dinner for two at WP24, chef Wolfgang Puck’s Chinese restaurant, champagne-soaked spa treatments with manicures, pedicures, hair and makeup. This Ultimate VIP Weekend Packages are available in a very limited number. The American Music Awards airs November 24 on ABC. 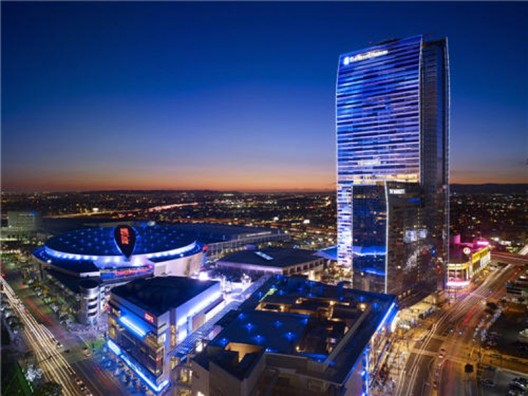 For the 14th consecutive year Swarovski jewelry and accessories will adorn some of the world’s top celebrities at the Cannes International Film Festival. Divas such as Penélope Cruz, Sharon Stone, Eva Longoria, Catherine Deneuve, and Bérénice Bejo will flaunt down the red carpet at 66th Cannes Festival wearing Swarovski exquisitely studded Nirvana line of jewelry and accessories, which is the main theme explored for 2013. 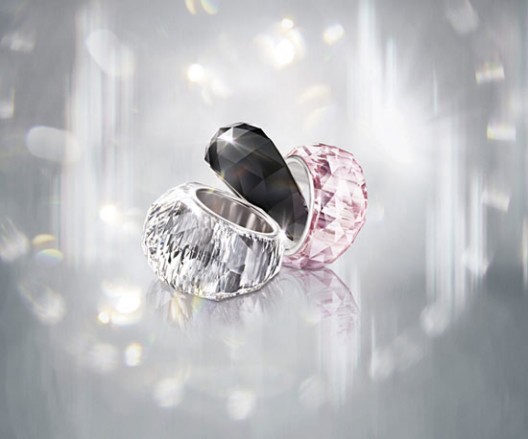 Swarovski’s 2013 VIP exclusive package will debut at this years Cannes Festival and will contain a Nirvana Ring, a Nirvana Baby Necklace, the Nirvana Star Bag as well as a pair of Carrie Sunglasses. This special package will be limited to only 93 pieces, a symbolic number that stands for the number of precision-cut facets of the Nirvana ring, which has attracted a lot of attention since it was first launched eighteen years ago. The most famous stars and celebrities will get one set, packed in a precious blue box that sparkles with theirs crystallized initials. Swarovski offers 18 pieces of the Nirvana Star Bag and the Carrie Sunglasses as limited online editions for the most faithful fans. Stunning Nirvana Star Bag, covered in black lambskin and 2,744 clear crystals on black satin will cost you $575, while Carrie Sunglasses with crystal baguettes along the top bar will cost you $410. Both are available at the Swarovski online shop. 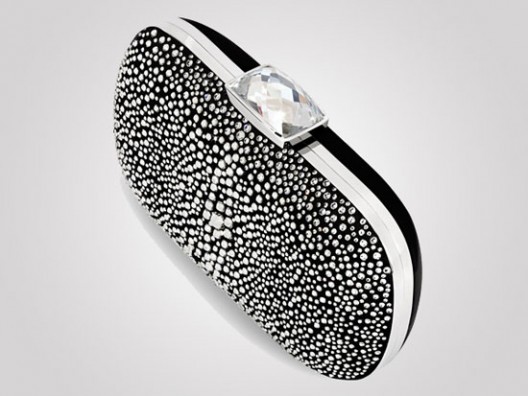 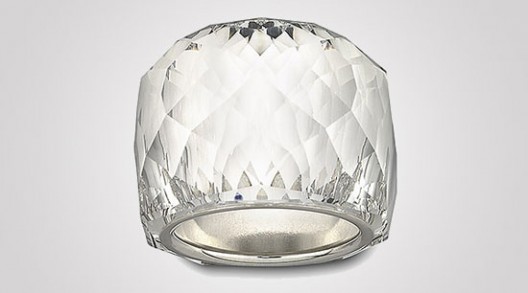 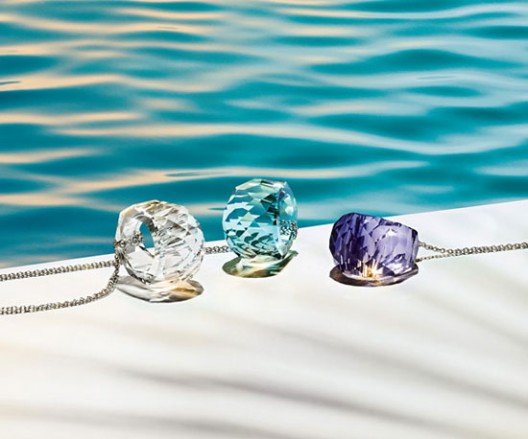 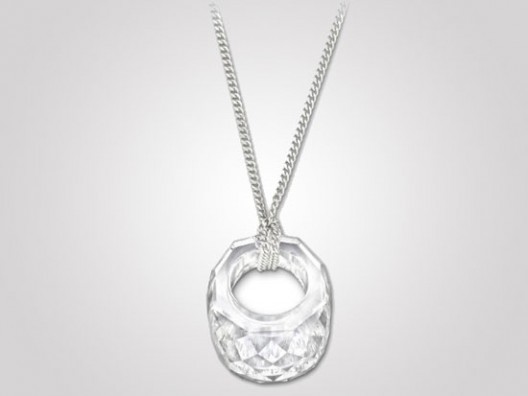 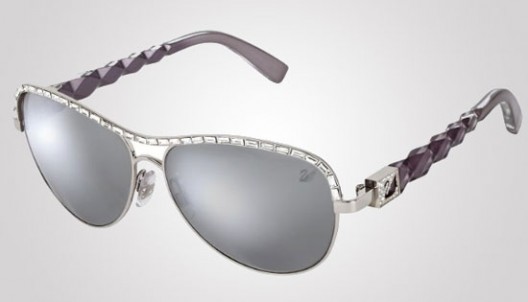 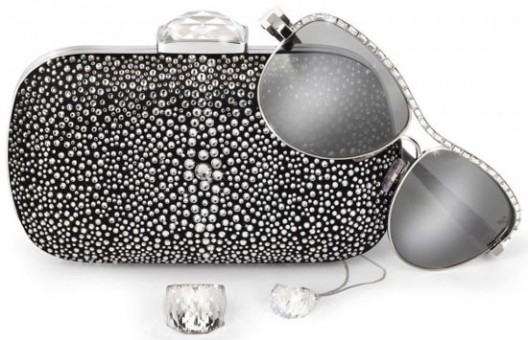 <
Moda Operandi, the first online luxury fashion retailer as a sponsor of this year’s punk-inspired 2013 Met Gala on May 6 allows customers to buy gowns worn by celebs at red carpet the following morning. Thanks to this e-commerce site, you’ll be able to purchase some of select looks designed by Balmain, Anthony Vacarello, Delpozo, Rodarte, Nina Ricci and Wes Gordon and worn by celebrities at the event. Of course, you’ll need deep pockets, since designs are likely to cost well in excess of $3,000. 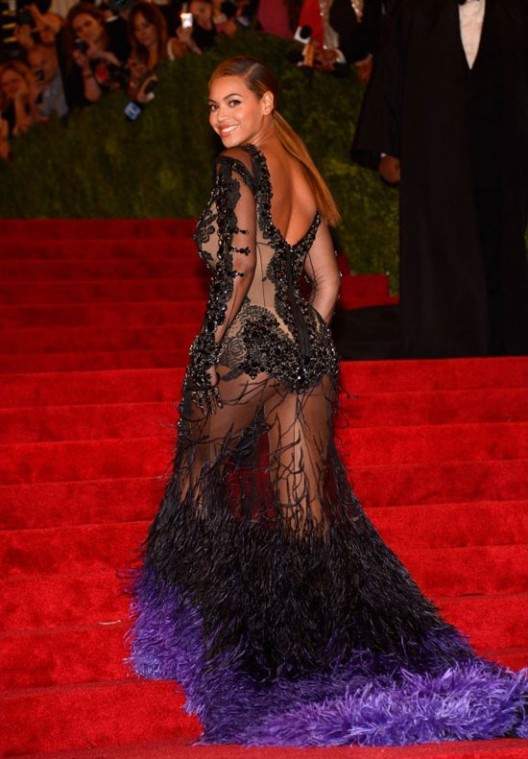 “Events like the Met Gala offer some of the most spectacular fashion moments because they inspire experimentation,” said Moda Operandi co-founder Lauren Santo Domingo. “We are thrilled to be able to provide women with access to the fashions from one the world’s most thrilling red carpet events.” You can take a look on the couture gowns at ModaOperandi.com, Vogue.com, Samsung.com and MetMuseum.org, which will all stream the Met Gala red carpet arrivals live at 7 p.m. Also, on May 2, Moda Operandi will release a punk-themed capsule collection including gear by Givenchy, Vivienne Westwood and Dolce & Gabbana. 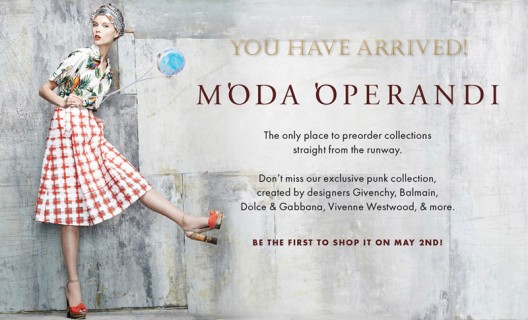 American Actress Eliza Coupe from ABC’s Happy Endings has been showing her love for Charles Albert Jewelry wearing his pieces on both The Conan O’Brien Show and while hosting the 33rd Annual College Television Awards at the Renaissance Hotel in Hollywood this past week. Eliza was spotted wearing a Charles Albert Sheen Obsidian Necklace, matching Alchemia Cuffs, and a Smokey Quartz Ring. 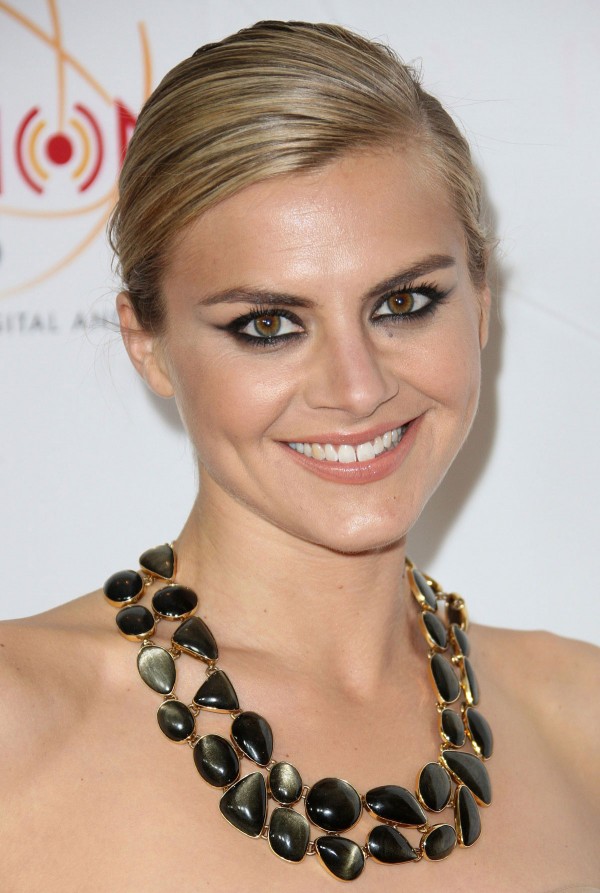 Award winning country singer Sara Evans performed at the Lionel Richie and Friends In Concert Show at the MGM Grand in Las Vegas with Marc Anthony while wearing a Charles Albert Sheen Obsidian, Lapis Lazuli and Quartz Necklace. She even later tweeted, thanks so much for the jewels!!!

About Charles Albert:Charles Albert, Inc. was founded in 1990, and over the years the brand has rapidly evolved into one of the premier manufacturers of unique, high-quality, jewelry. Every piece is meticulously handmade, using a wide variety of unusual stones from every corner of the globe. Charles Albert pieces have become a favorite among celebrities and are frequently spotted on the red carpet. Charles Albert is carried by ShopBop.com, The Smithsonian Institution, and over 1000 high end independent boutiques worldwide. A continuous search for rare and exotic stones and minerals has helped the brand become one of the leading trendsetters in the industry. 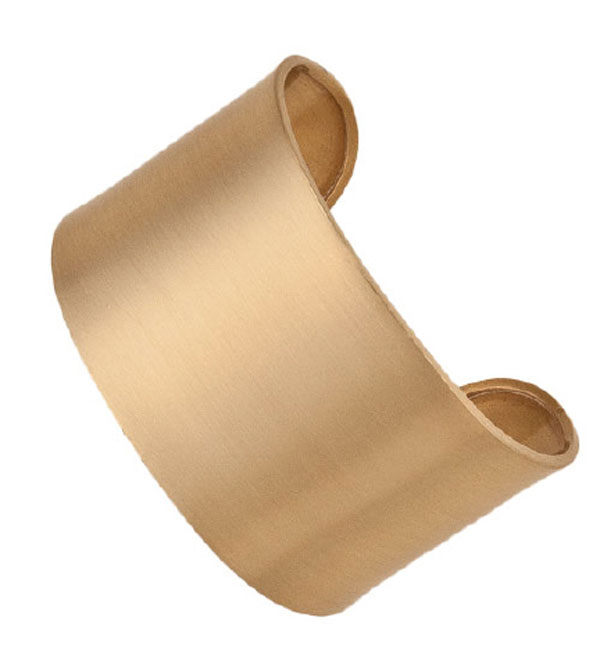 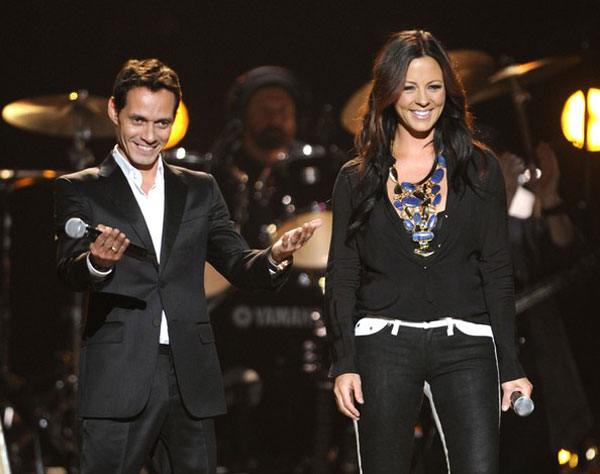 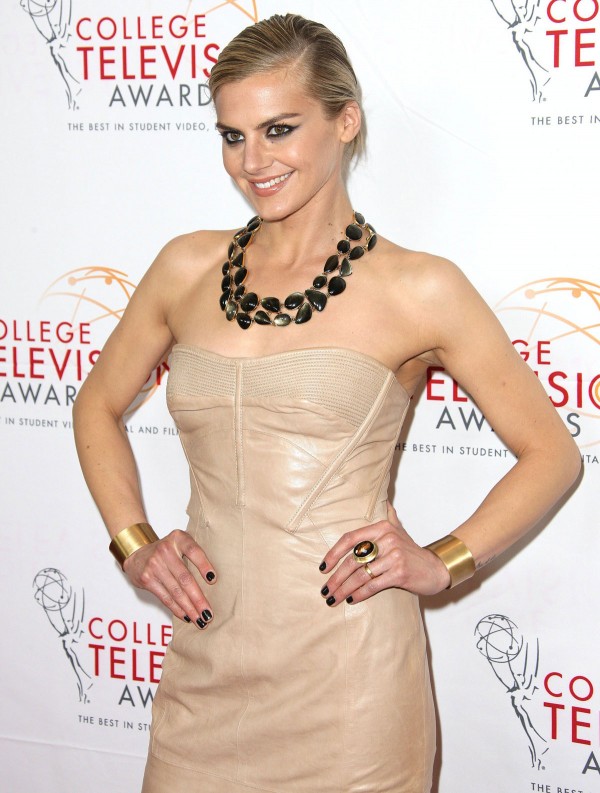 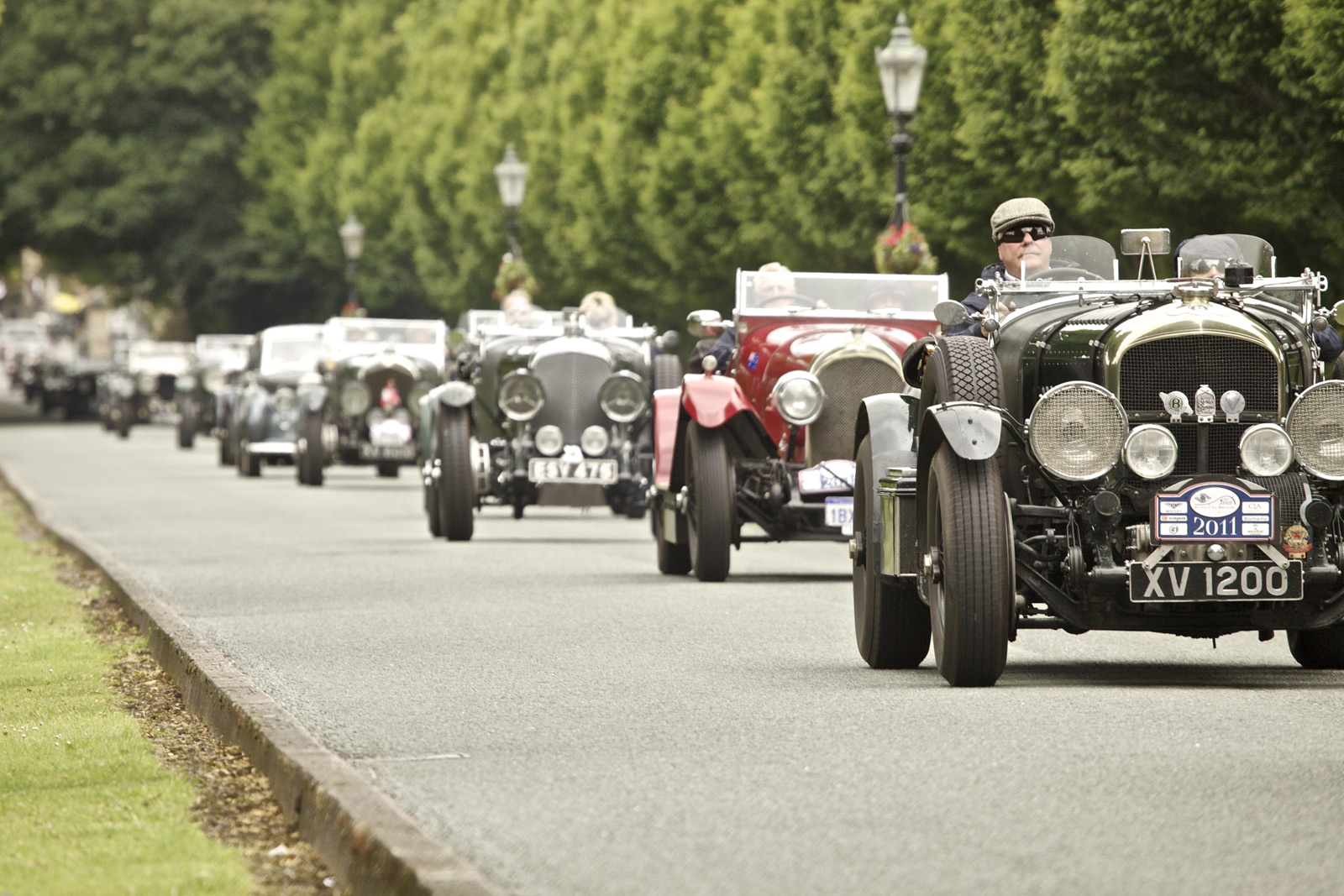 Bentley Drivers Club’s 75th Anniversary (Crewe, Tuesday 21st June) Bentley Motors today rolled out the red carpet to welcome over a hundred members of the Bentley Drivers Club (BDC) – and their fifty Bentleys – to its headquarters in Crewe. The visit is part of the Britain by Bentley tour which celebrates the club’s 75th anniversary by emulating the tradition of the grand tour and traversing some 3,000 miles of UK roads in a range of models that span 80 years of Bentley’s history. Drivers have travelled from around the world to take part in the event: Syd and Nikki Reinhardt have travelled from Australia with their 1927 6 ½ litre Mulsanne whilst others like Jenny Ford and her Blower Bentley are already based in the UK. The drivers arrived at Crewe Hall on Monday evening for a gala dinner with executive members from Bentley Motors. They then travelled to Bentley’s Pyms Lane site under an honorary police escort this morning for a tour of the factory where new models such as the Mulsanne and new Continental GT are now in full production. 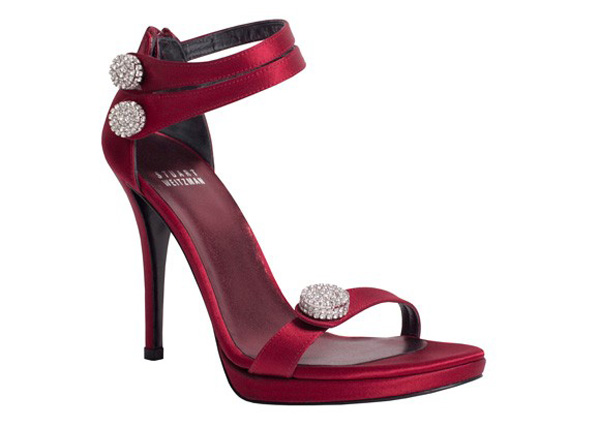 Stuart Weitzman’s Red Carpet Collection Oscar is definitely an event that many look forward, especially entire fashion industry. It is the most popular place for years where celebrities strut their luxurious dresses, jewelry, accessories and inevitable high-heeled shoes. Stuart Weitzman has designed new Red Carpet Collection just for this occation. The collection, which offers over 35 different styles for celebrities and their stylists to choose from, is exclusively for the stars (you can see it on display at the designer’s Rodeo Drive boutique), but it will hit select stores starting April 1. 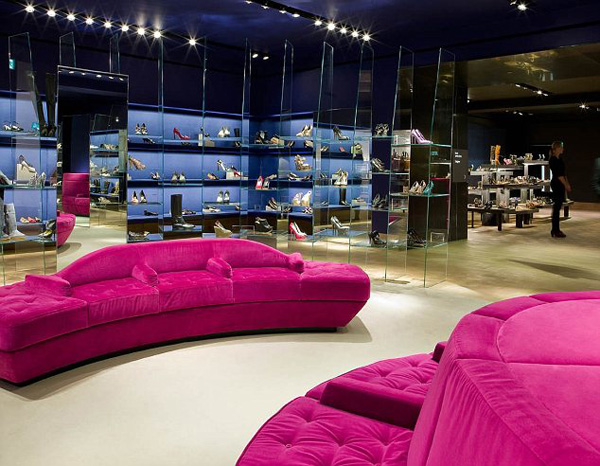 Selfridges – The World’s Largest Shoe Department UK-based department store chain Selfridges has unveiled the world’s biggest shoe department named Selfridges Shoe Galleries in London, designed by Canadian architect Jamie Fobert. Located on the award-winning store’s second floor, the super-sized Shoe Galleries will house more than 4,000 shoes from 120 brands, including 35 new labels and more than 30 exclusive styles designed just for the retailer. 35,000 sq ft the mega shoe hall is the largest shoe department in the world. Bigger than the huge ground floor of London’s Tate Modern, it has taken 3 years of planning and 300 days of construction.