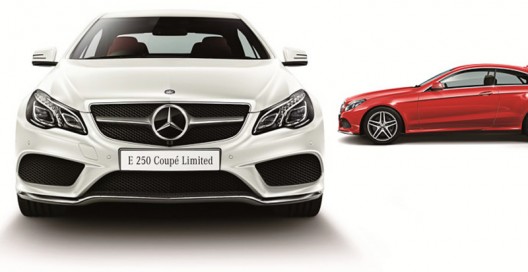 Giving ‘exhaust notes’ a new meaning, iXoost combines form of automotive audio dock for the iPhone and iPode. Anyone who loves motorsport, will surely want the latest musical fashion. Music from your mobile device will be the future of your home that came from automotive exhaust systems. The idea was born from two Italians from Modena, innovators and designers Matteo Panini and Micra Pecoraro. It’s called iXooost and is made of a single piece of aluminum (as well as Apple devices). There are several versions of exhaust systems. 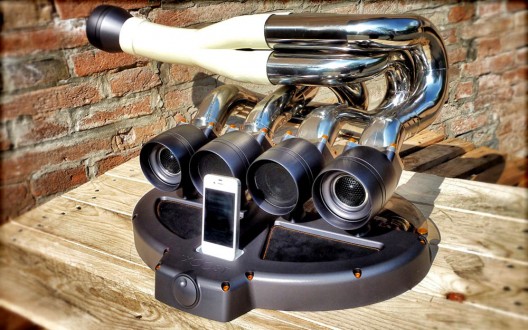 You can choose between versions of the V8, V10 or V12 of exhaust systems. Featuring a unique design, the new owner is able to complete the addition of personalization. Thus, the customer can choose between different color shades, natural-colored leather and Allen screws. Since it is completely unique and designed to customer requirements, the price is for the V12, the most expensive of the lot, is $8,920, the middle version, the V10, costs $8,525, while the least expensive version, the V8, comes with a price tag of $6,550. 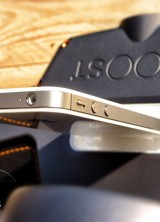 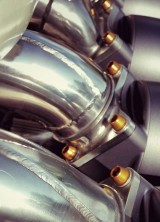 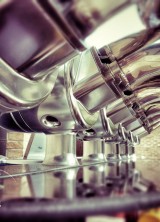 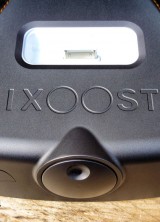 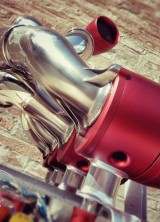 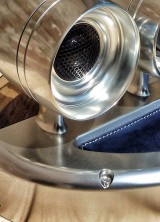 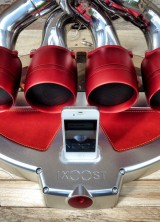 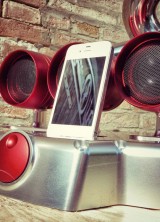 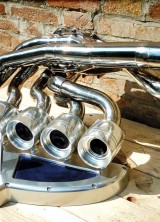 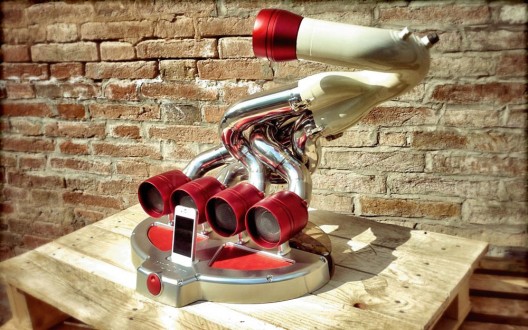 A new player in the world of supercars comes from Italy. Mazzanti Automobili recently unveiled, at the prestigious Top Marques show in Monaco, its new Evantra V8 model. They presented the final (standard) version of super sport Italian car manufacturer Mazzanti Cars, founded by Luca Mazzanti and Zsolt Tarnok (responsible for the design). Presented as a prototype last December, Mazzanti Evantra model is characterized by a particular style, but more powerful powertrain and unique personalization option. Beginning in the latter situation, it is interesting that the car has represented Pro-Body body made of carbon fiber. However, if the buyer does not like the look of the car he is able to order any other design (One-Body) which will Mazzanti make from aluminum. 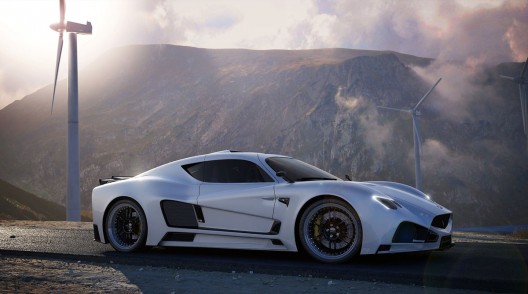 The plan is to manufacture only five pieces of the model per year to ensure the much-desired exclusivity. Under body supercar is aspirated 7.0-liter aluminum V8 engine with 710 hp at 6600 r / min with the highest torque of 848 Nm at 4500 r / min. The motor has compression ratio of 11,0:1, valves and valve lifters are made of titanium, and lubrication is done by dry sump. Chassis itself is made of steel and chrome-molybdenum steel, and the interior is equipped with exotic materials and offers a myriad of ways to personalize. The steering wheel is supplied by Nardi and has a small screen that displays the selected gear in the version with paddle gear change on the steering wheel (sequential gearbox). Manufacturer claims that this model will have manual or sequential gearbox with six gears. The Evantra offers two modes of operation, with (sequential) gearbox, Strada and Corsa, whose name says enough. The car uses lightweight chassis and has only 1,315 kg, and accelerate to 60mph in just 3 seconds and can achieve a top speed of 210mph. ‘Evantra V8 was built to be going along with everyone, but is designed as a car of his own character, which encourages its exclusivity deepest passions’ said Mazzanti founder Luca Mazzanti. 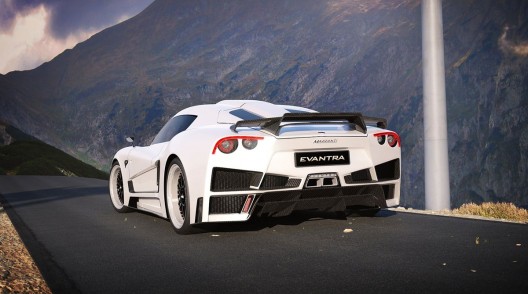 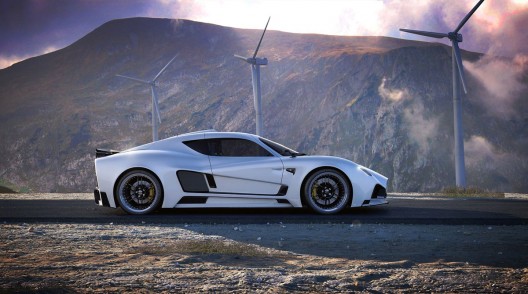 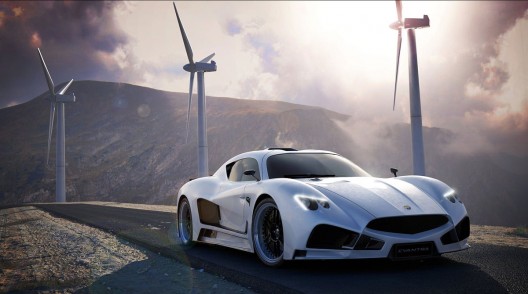 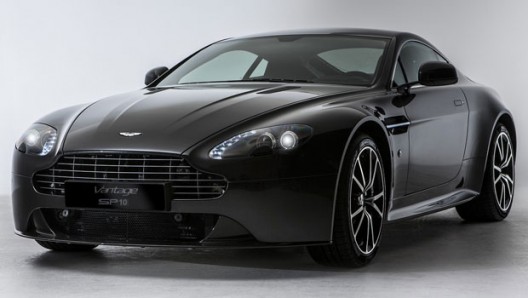 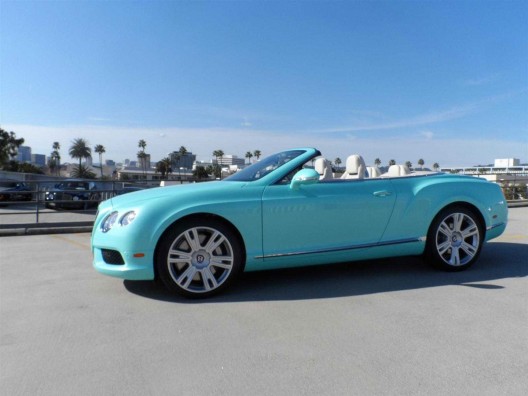 <
Chevrolet’s presentation of highly anticipated model Corvette C7 held just a day before the opening of the International Motor Show, which starts on 14 January in the capital of the U.S. auto industry. The car was the main star in Detroit. The seventh edition of the Corvette was also the third model of the car that will have a label next to the name Stingray. What will fans first see on Chevrolet Corvette in terms of design? The new model is a tradition that has been demolished round stop lights. Instead, the C7 has a completely new form of rear light multangular group, inspired by the model Camaro. 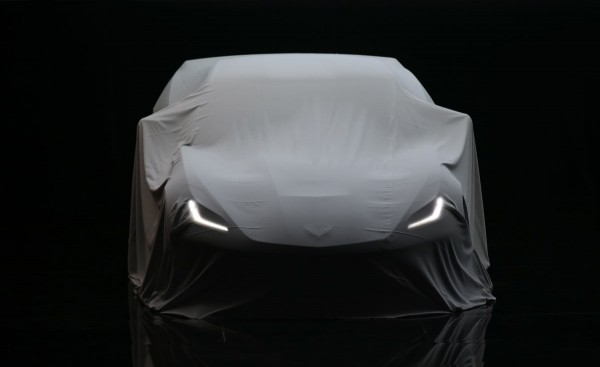 Chevrolet took the wraps off the latest generation of its flagship sports car, debuting the all-new C7 Corvette Stingray

Also, the designers for the first time since the model C1 insert small side windows behind the B pillar. For all other generations of this part on the car has been solved by the rear window was curved and stretched along the sides of the vehicle, up to the B pillars. Progress has been made in the interior, which is dominated by the instrument panel oriented towards the driver. In fact, the whole driving position has been designed as a separate segment, and a driver with a little imagination can conceive to ride in the sports single-seate. Instead of traditional analog speedometer and rev counter, driver through the steering wheel looks great in eight inch screen that is optionally displayed different configuration tools. For example, you can choose to display the imitation is circular rev counter, while the current speed reading through digital numbers printed in the center of the screen, while those who are used to the classic look of the instrument panel with analog gauges, can opt for this option .On the center console there is another screen that belongs to the multimedia and navigation system. The construction of the automobile were used lightweight materials of carbon fibers. The wings and doors are made of composite and aluminum body frame. In addition to elements made of carbon fiber and aluminum details, much of the interior is covered with high quality leather. C7 Corvette Stingray will be offered with newly developed 6.2-liter V8 engine with direct injection that is capable of delivering 457 hp and 610 Nm of torque. It will be also the most economical version of this car and will have lower fuel consumption than the current model that the factory data consumes an average of 9 l/100 km, but still the accelerate will be from 0 to 96 km / h (0-60 mph) in less than 4 seconds. New Chevrolet Corvette Stingray arrives in dealerships in the third quarter of 2013, when it will be known and the price of this car. 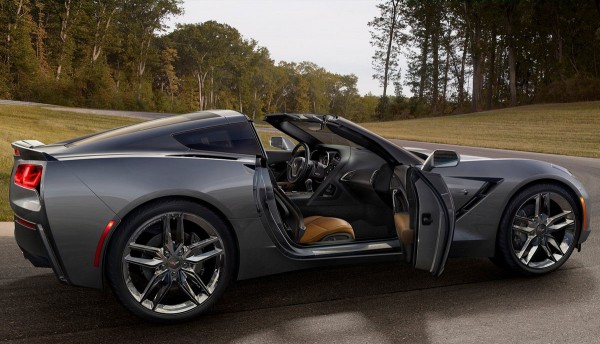 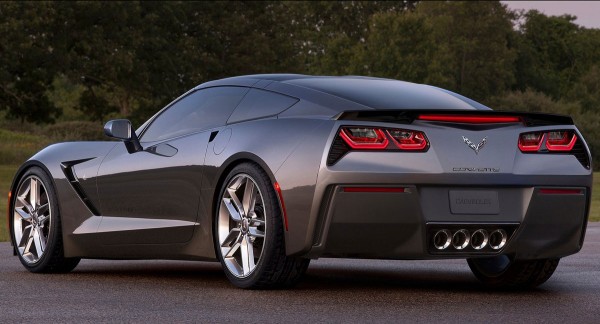 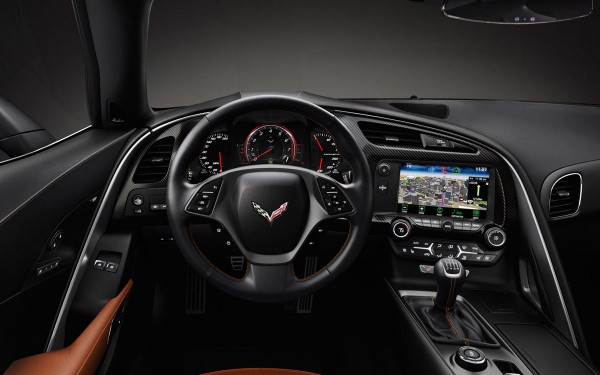 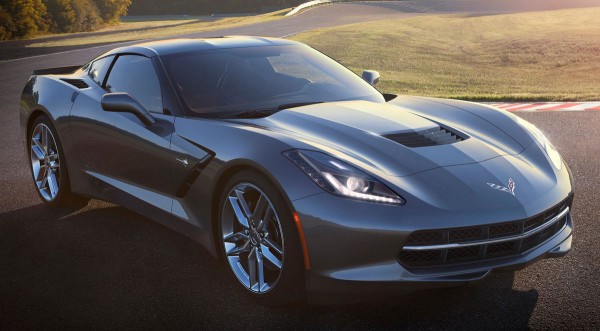 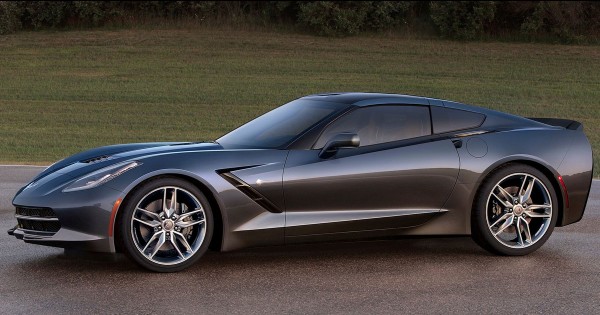