A rare 32.77 carat fancy vivid Yellow Diamond will certainly be the biggest star at Christie’s New York Magnificent Jewels sale on October 18. This gorgeous pear-shaped diamond is expected to achieve $6 million to $8 million. The yellow hue of this large pear-shaped diamond is so intense that the Gemological Institute of America (GIA) ranks it amongst the rarest of gemstones in its class. 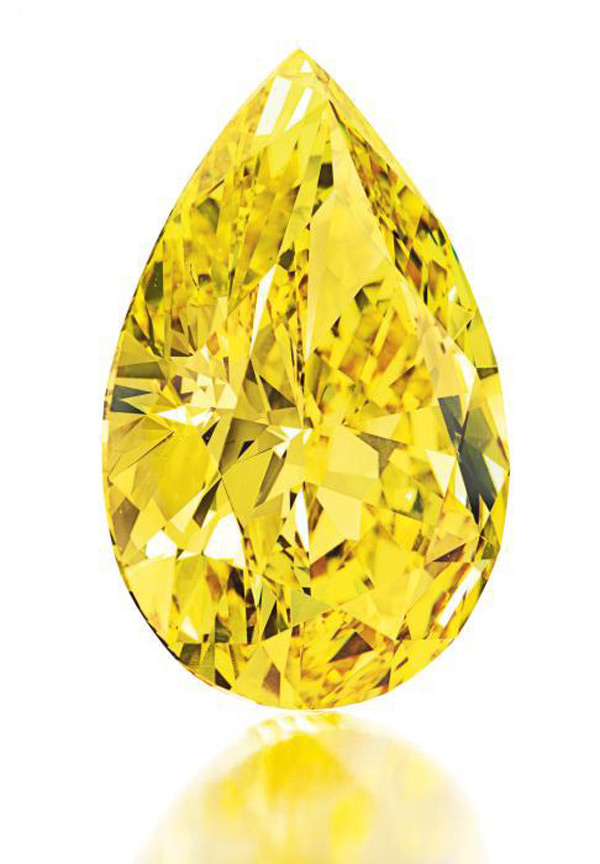 According to Christie’s, the diamond’s color is highly saturated. The vivid yellow literally blazes with color, unlike any yellow diamond I’ve ever seen, said Rahul Kadakia, Christie’s Head of Jewelry for Christie’s Americas. He added that a stone of such depth of color and size was a freak occurrence, and a once in a lifetime opportunity for collectors. This stone also has the potential to surpass the per-carat price of $203,000 achieved for the Golden Drop, a pear-shape 18.49 ct. yellow diamond sold in June 1990 at Christie’s London. A rare diamond will be on view at Christie’s London on August 30 and 31.