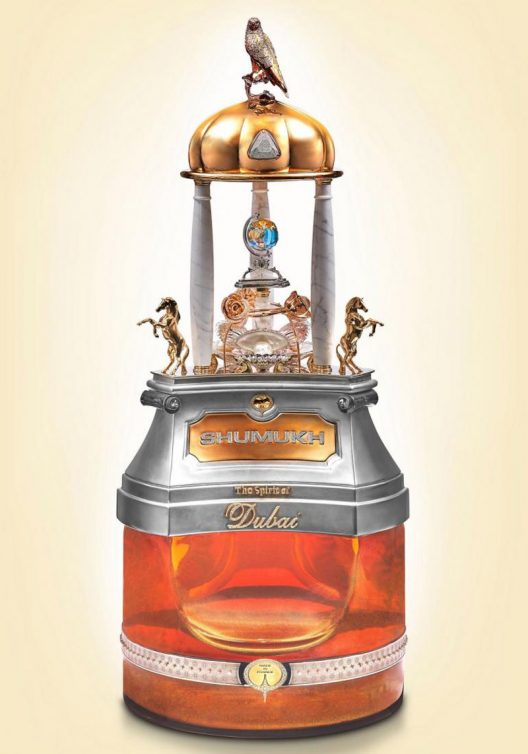 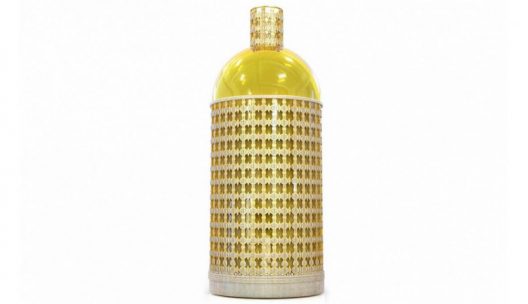 To celebrate the opening of the Salon de Parfum boutique at Harrods,  the British perfumer Clive Christian has created a special edition of his No1 perfume, priced at whopping £143,000 ($228,000). 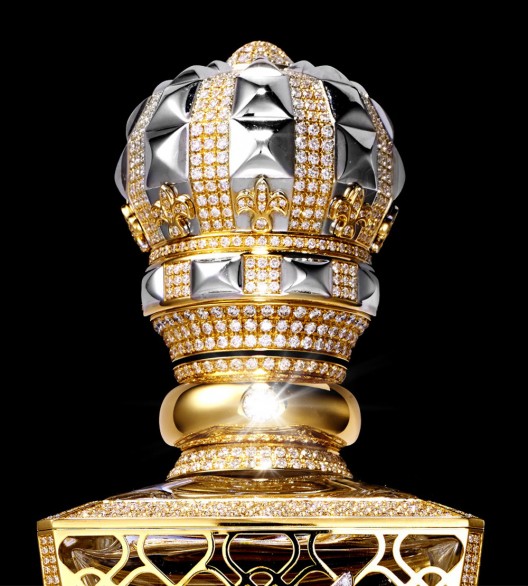 Though the standard bottle of this fragrance retails for £450 ($720), the special-edition crystal bottle, Passant Guardant bears the title as ‘the world’s most expensive perfume’ due to its packaging. This special-edition crystal falcon is encased in hand-crafted, 24-karat gold lattice-work. Each one also boasts 2,000 individually set diamonds. Paying homage to Queen Victoria, the bottle features the signature crown shaped top and has a lion logo that includes two yellow and a rare pink diamond. “I was inspired to create an iconic bottle as precious as a crown jewel to mark this special event,” Christian boats on his Web site. The extravagant bottle contains 30ml of the priceless perfume which boasts cherry-licorice scented Tahitian vanilla and rosa centifolia. Clive Christian’s No1 Passant Guardant perfume claims to be the most expensive perfume in the world, and has been recognized as such by the Guinness Book of World Records. 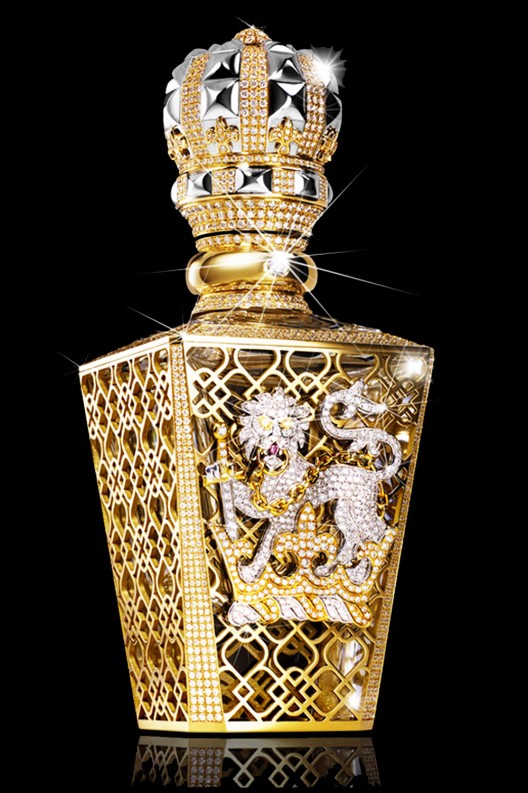 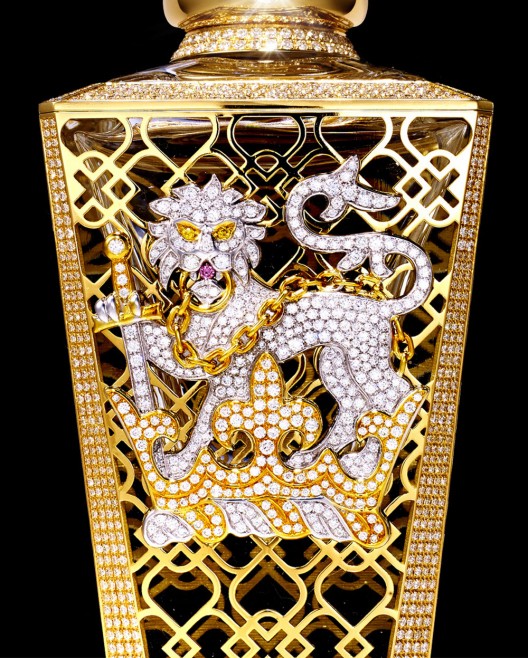 Famed perfumer Clive Christian is going to unveil a special edition of his No.1 fragrance, aptly named Imperial Jubilee, in honor of Queen Elizabeth II and her Diamond Jubilee. Unlike the original No. 1, this special edition No.1 Imperial Jubilee contains a higher concentration of Perfume Spray, closer to the Pure Perfume concentration, making the scent richer and even more enduring – and fit for the Queen! It will be placed in a red velvet lined presentation case. In addition, the bottle bears the image of the red ribbon which holds the official OBE medal granted by Her Majesty the Queen to Clive Christian in her 2012 New Year’s Honours list for his contribution as a Designer to the Luxury Goods Industry. 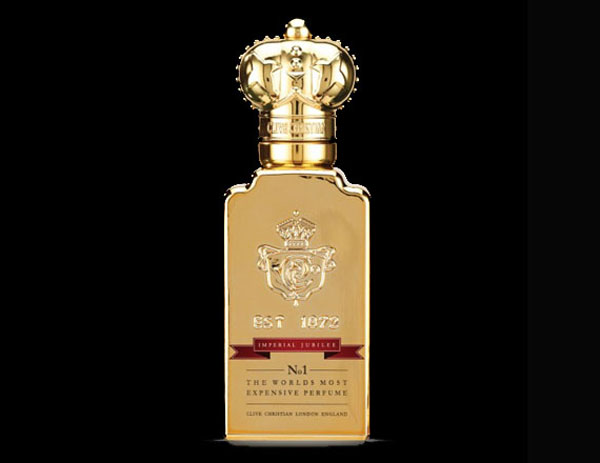 Creator of the World’s Most Expensive Perfume, who previously created a his-and-hers fragrance set for Prince William and Kate Middleton, placed the No.1 Imperial Jubilee Special Edition in a red velvet lined presentation case. The bottle bears the image of the red ribbon which holds the official OBE medal granted by Her Majesty the Queen to Clive Christian in her 2012 New Year’s Honours list for his contribution as a Designer to the Luxury Goods Industry. Victoria Christian, Brand Ambassador for Clive Christian Perfumes said: Only one other British Monarch in history, Queen Victoria, has reigned for 60 years or more. The perfumery that my father, Clive, revived was originally acknowledged by Queen Victoria in 1872 when she granted the image of her crown as a mark of British excellence. We are delighted to introduce the No. 1 Imperial Jubilee Special Edition perfume in honor of Her Majesty’s reign, says Christian. It is a fitting tribute to the heritage of the Perfume House and to both Queen Victoria and Queen Elizabeth II. The Clive Christian No. 1 Imperial Jubilee will be available in June in just 500 items: 250 pieces for women and 250 pieces for men. It will retail for $1,300 (50ml Concentrated Perfume Spray) and will be available at Bergdorf Goodman and select Saks Fifth Avenue and Neiman Marcus stores nationwide, as well as online at www.neimanmarcus.com. This special occasion for the British nation and the Commonwealth, Queen Elizabeth II’s Diamond Jubilee will fall on Saturday, June 2, 2012, and will be marked with special services around the country.