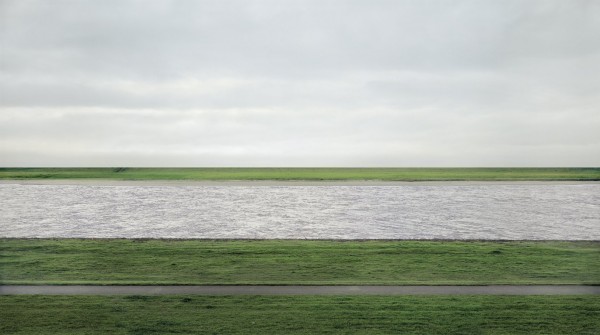 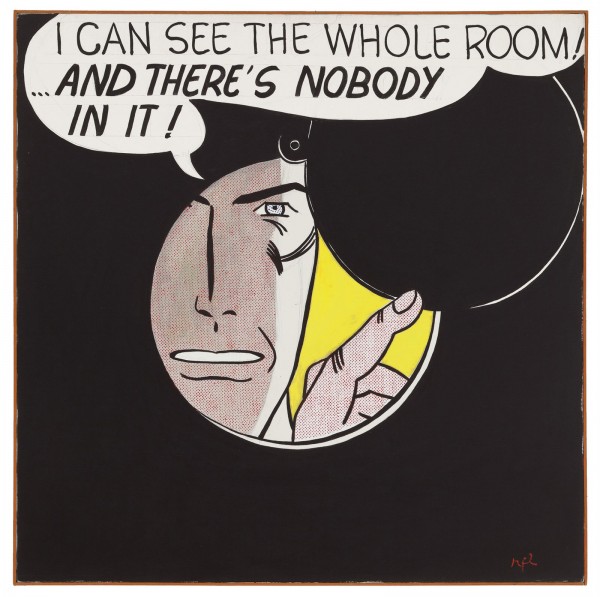 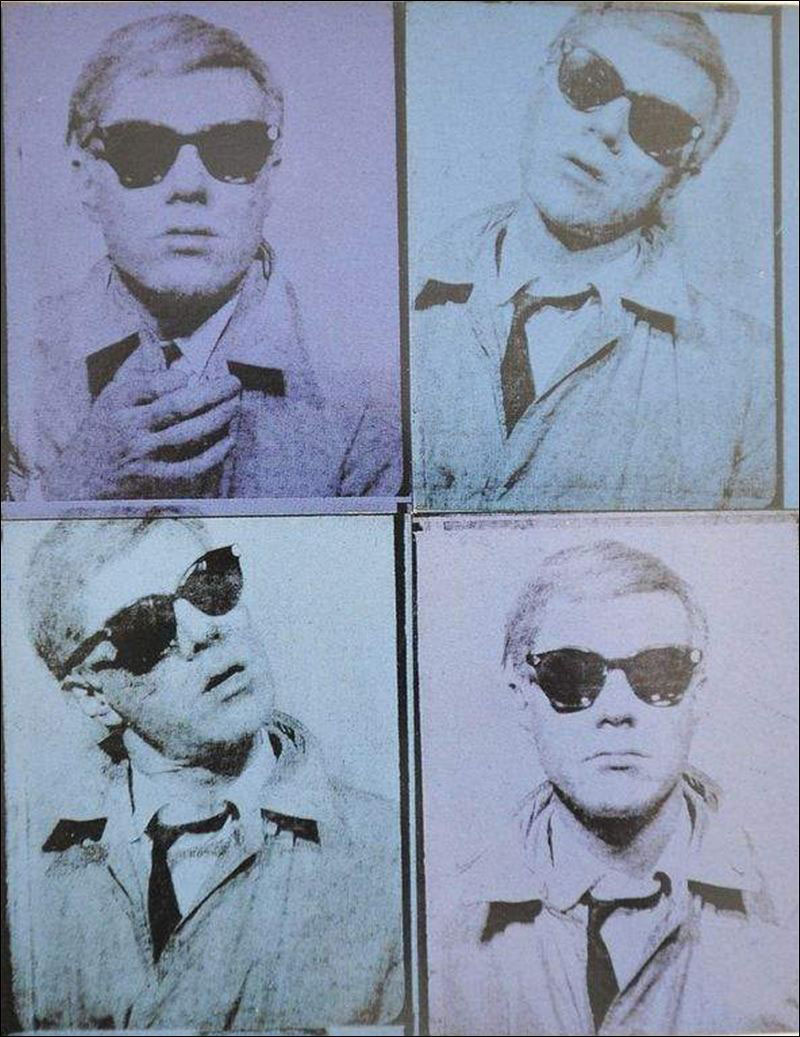 Andy Warhol’s First Self Portrait goes for $38 Million $38.4 million sale of the Andy Warhol’s first self-portrait, was the highlight of a Christie’s contemporary sale which totalled $301.7 million. Christie’s stormed ahead of rival Sotheby’s in a dramatic 65-lot sale which totalled $301.7 million against a pre-sale estimate of $214.8 – $299.3 million and sold a whopping 95% by lot and 99% by value. Warhol’s very first self-portrait was sold after two competing bidders kept raising their price in increments of $100,000, causing Christie’s auctioneer to call it the longest lot in history. Warhol’s Self-Portrait, 1963-64, was sold by the estate of Detroit collector Florence Barron who commissioned the work for $1,600. Another Warhol self-portrait, this time showing the wild-haired artist in diabolical red against a dark background, sold for $27.5 million, a hefty but relatively disappointing performance that fell below the $30 million low pre-sale estimate. In total, the eight Warhols on offer raised a combined $90.99 million with premium added. 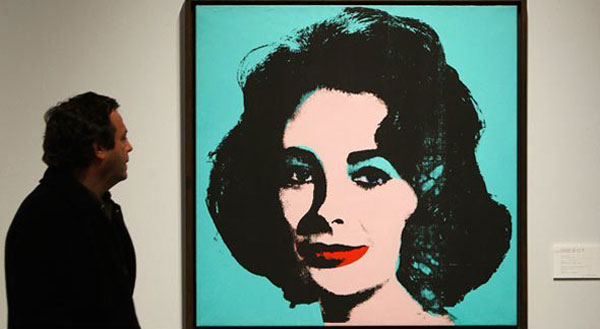 Liz#5 – Andy Warhol’s Portrait of Elizabeth Taylor Liz#5, Andy Warhol’s portrait of actress Elizabeth Taylor, fetched $26,962,500 on the Phillips de Pury’s Contemporary Art Part I sale. Three other Warhol pieces, Flowers, Third Eye and Witch, were also sold on the auction block Thursday. Each sold for $8,146,500, $7,026,500 and $2,658,500, respectively. The silkscreen, which is one of a number of pieces by Warhol that celebrate the American actress, was offered by art collector and hedge fund financier Steve Cohen. Prior to its sale, Liz #5 garnered a lot of interest in the art world, said Michael McGinnis, who heads the contemporary department at Philips de Pury & Co. He guessed that Taylor’s death would bring a renewed interest to the piece, but that its artistry makes it valuable on its own. 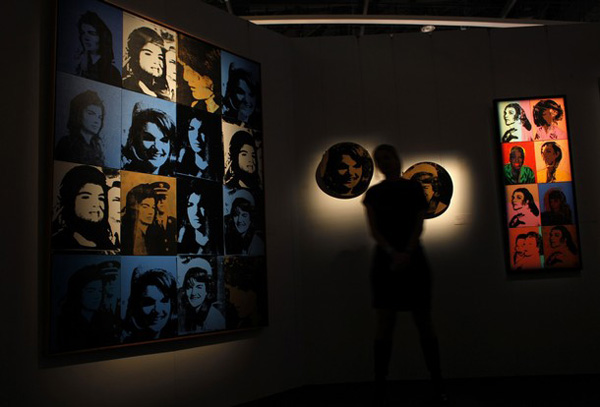 A presenter stands beside Andy Warhol’s Sixteen Jackies and Rounded Jackie Sotheby’s New York evening sale of contemporary art on May 10, 2011, totaled $128 million, just above the $121 million low estimate. The auction, which featured 58 contemporary works by artists such as Andy Warhol and Jeff Koons, ended with total 49 of 58 lots selling, or 84.5 percent. The result is a drop from Sotheby’s performance in fall 2010 ($222.5 million), spring 2010 ($190 million) and fall 2009 ($134.4 million). The low of $47 million was set in May 2009, while the record high of $362 million was made in May 2008. As usual, Andy Warhol was the coin of the realm, taking four of the ten top prices. Warhol’s canvas, Sixteen Jackies, sold for $20.4 million with another, Shadow – Red selling for 4.8 million, far above the estimate of $700,000-900,000. Sixteen Jackies, 16 print painted panels in acrylic and silkscreen ink on canvas narrowly avoided failure thanks to a single $18 million bid that did not match the $20 million low estimate. (The price, $20.24 million with the additional sale charge.) 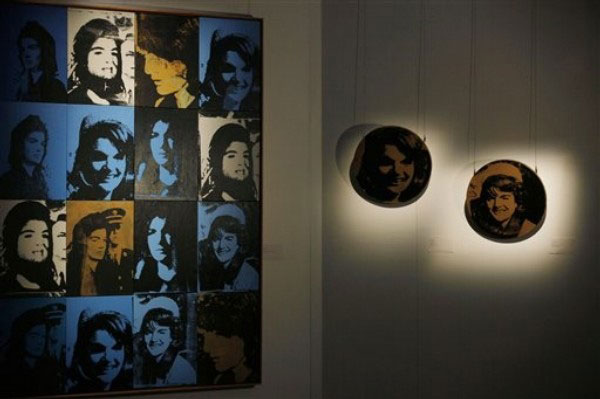 Andy Warhol’s Sixteen Jackies (left) and Round Jackie (right) Last week’s Modern and Impressionist auctions in New York were deemed successful but unexciting, so all eyes are on this week’s sales, which focus on the mercurial realm of contemporary art, to see if they can provide a bit more pop. And who is poppier than Andy Warhol? At the Sotheby’s sale on Tuesday evening, a high-estimate Warhol from 1964, Sixteen Jackies, departs from his more iconic single-image repetitions, featuring a mixed composition of several Jacqueline Kennedy portraits in blue, brown, and white. Painted in 1964 at the heart of Andy Warhol’s most historic period, Sixteen Jackies is a complex and extraordinarily rare declaration of the twin pedestals on which Warhol’s artistic genius rest: ubiquitous public icons and serial imagery.
< 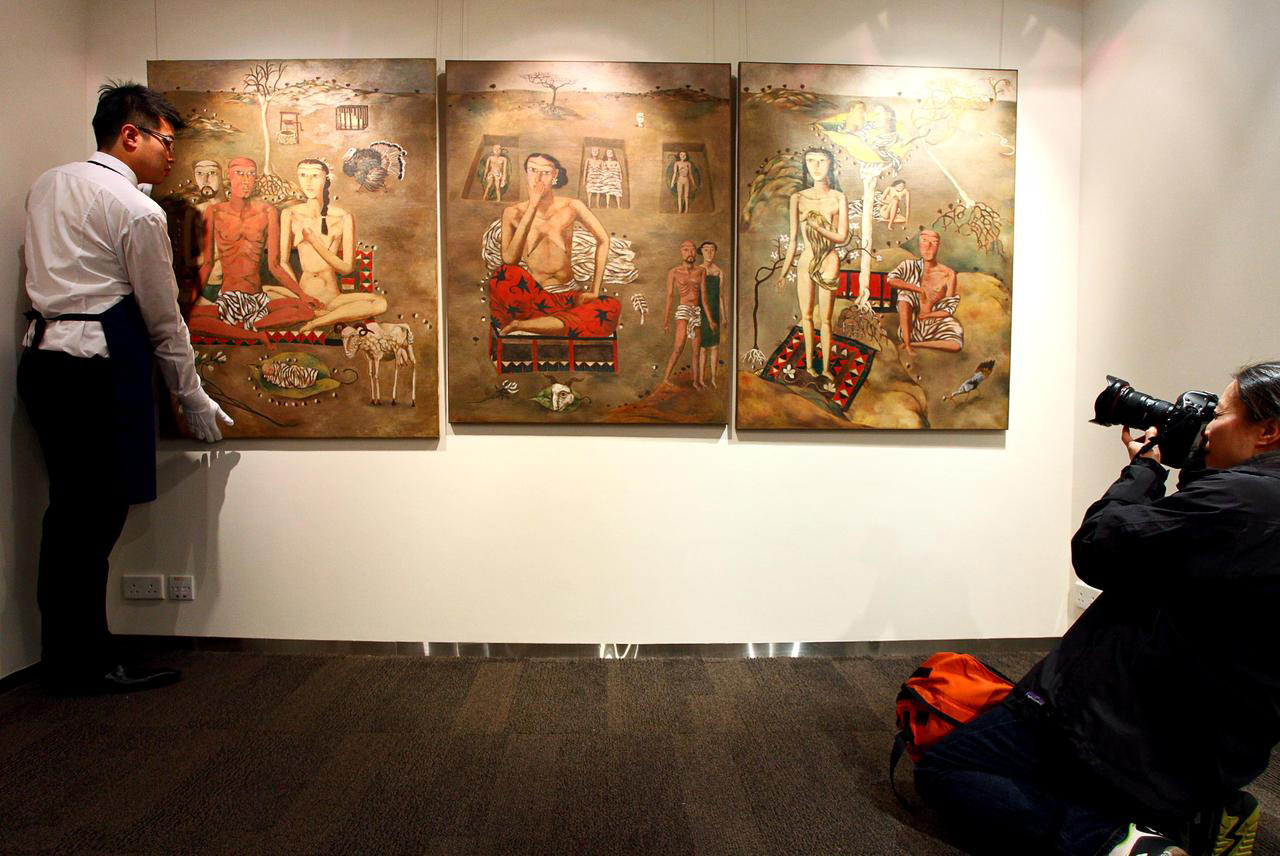 A triptych oil painting by Chinese artist Zhang Xiaogang sold for $10.1 million Auction giant Sotheby’s sold $447 million worth of Asian art, wine, watches and jewellery in its Asian spring sales. The centrepiece of auction in Hong Kong was an early triptych oil painting, Forever Lasting Love by renowned Chinese artist Zhang Xiaogang sold for $10.1 million. Sotheby’s said it was a record auction price for a contemporary artwork from China. Zhang’s early 1988 work, oil painting of  figures in an arid landscape suffused with mystical symbols fetched HK$79 million with fees, more than double a hammer-price estimate of as much as HK$30 million, with the anonymous winning bid taken by telephone from Miety Heiden of Sotheby’s, New York. It was the top lot of 105 offered by Guy Ullens, founder of Beijing’s largest private art museum, with a $16.7 million total estimate. The price was higher than the $9.5 million paid for a Zeng Fanzhi canvas in 2008 and a series of massive gunpowder works by Cai Guoqiang that fetched a similar price in 2007. 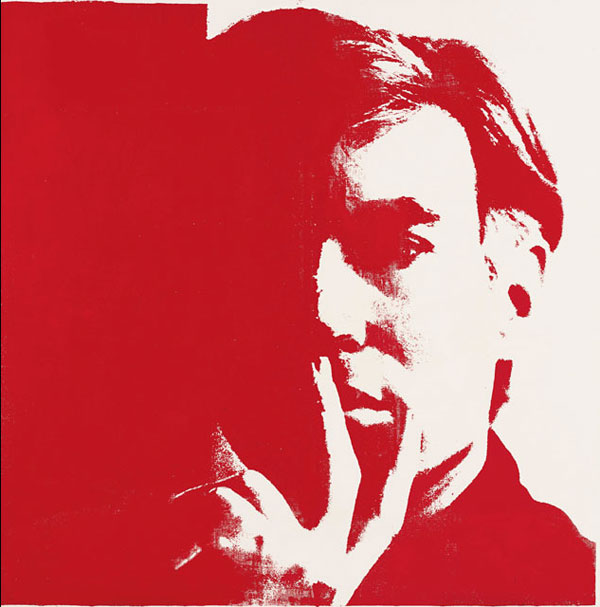 Andy Warhol Self-Portrait Self-Portrait by Andy Warhol sold in London at the Christie’s Post-War and Contemporary Art sale on Feb. 16 for £10.8 million ($17.4 milion), double the presale high estimate. The canvas painting which dates from 1967 is a red square six-foot acrylic and silkscreen piece showing Warhol staring thoughtfully at the viewer, two fingers covering his mouth. The painting, that has never been exhibited, reproduced, or even listed in the exhaustive catalogue raisonne of complete works by the artist, is part of a famous series of self-portraits that began in 1965 in a small, 22in-square format. Screen-printed on to canvas with different combinations of colours, more than 40 were produced in this size, all taken from the same photograph in which the artist is holding his hand up to his mouth in a gesture of thoughtfulness. But, in 1967, in an act of growing confidence, Warhol expanded the image into an imposing 6ft-square format.

Ai Weiwei’s Sunflower Seeds Back in October, Chinese artist Ai Weiwei caused quite a stir with his installation of a giant mound of 100 million hand-painted ceramic Sunflower Seeds at London’s Tate Modern. The first 100-kilogram pile of seeds was estimated to bring in £80,000 to £120,000 but sold for sold for £349,250 ($559,394) or around £3.50 per seed at last week’s Sotheby’s Contemporary Art Evening sale in London. Each porcelain sunflower seed was individually handmade and painted by specialists working in small-scale workshops in the Chinese city of Jingdezhen. 1600 workers toiled for two years to create the seeds. The Sotheby’s listing suggests that the piece can be installed either in a mound as shown above or smoothed out into a carpet-like experience. There will be a total of ten lots sold from this work. 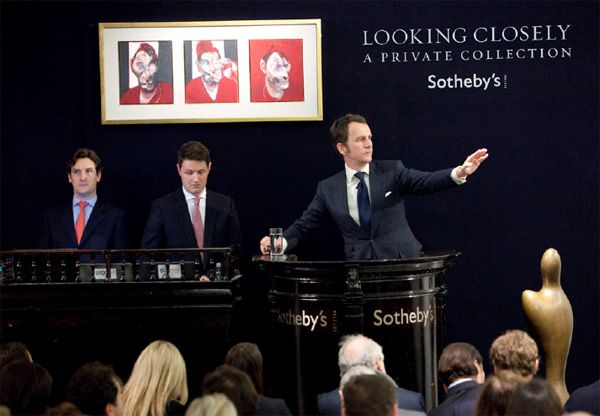 WORLD AUCTION RECORD FOR THE ARTIST & ANY SURREALIST WORK OF ART LONDON, THURSDAY, FEBRUARY 10, 2011 – Tonight, Sotheby’s single-owner sale of Modern and Contemporary art, Looking Closely: A Private Collection, was held in a charged saleroom where even attendees with seats were upstanding for some of the intense bidding battles that ensued. The top lot of the night was Francis Bacon’s extremely rare triptych of Lucian Freud which was contested by no fewer than ten bidders until it tripled its pre-sale low estimate and finally sold to an anonymous bidder in the saleroom for £23,001,250 / $37,004,411 / €27,129,930 (pre-sale est. £7-9 million). The second-highest price of the night was for Salvador Dalí’s Portrait de Paul Eluard, which was fiercely pursued by no fewer than nine prospective buyers, tripling the record established for the artist only last night in London (£4.1m) and continuing to escalate beyond that to achieve a world record price for the artist and any surrealist work of art at auction. An anonymous bidder on the phone finally won it for £13,481,250 / $21,688,635 / €15,901,108 (pre-sale est. £3.5—5m). The sale saw four new records set for artists at auction, with more than one record twice broken for the same artist.