According to The Daily Telegraph, the FAA (Federal Aviation Administration) has just awarded the Terrafugia Transition an exemption which will allow the 1,440-pound car/aircraft hybrid to fly under a ‘light sport’ designation, even though it hits the scales at a hefty 120 lbs. more than the rules allow. A light sport pilot license only requires 20 hours of seat time – far less than what a full license would demand. 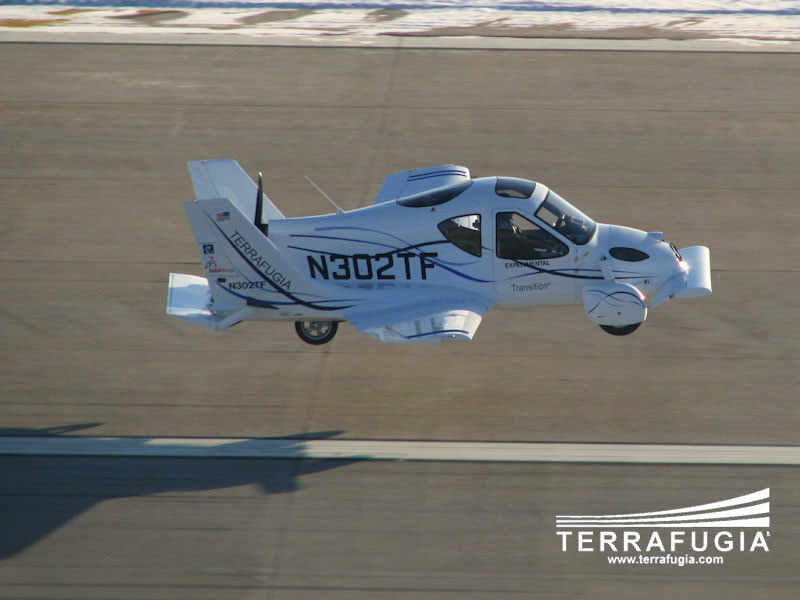 The Transition - Flying Car by Terrafugia

The Transition was designed as a ‘light sport’ aircraft, the smallest kind of private aeroplane under FAA classification, with a maximum weight of 1,320lb. But the manufacturers found it impossible to fit the safety features – airbags, crumple zones and roll cage, for instance – that are required for road vehicles into that weight. The two-seater Transition can use its front-wheel drive on roads at ordinary highway speeds, with wings folded, at a respectable 65 mph. Once it has arrived at a suitable take-off spot, an airport, or adequately sized piece of flat private land, it can fold down the wings, engage its rear-facing propellor, and take off. The folding wings are electrically powered. The Transition needs just 1/3 of a mile to take off over an obstacle of 50″ in height and can cruise at around 115mphs, and it can carry 450lb. It’ll also fly for a distance of about 460 mile before needing a refuel. The Transition only uses an average fuel consumption of 30 mpg on the road too, and with its wings folded, can comfortably fit in any garage. Not bad for a car that absolutely flies. There are still a few stages to go on this journey, including crash testing and the release of a production prototype this summer. The company says that 70 people have ordered the car, leaving a $10,000 deposit each. The car is expected to retail at $194,000. Deposits are held in escrow, meaning that should the company go bankrupt before delivery, the money will be refunded. Terrafugia expects to make the first customer delivery of a Transition in 2011. 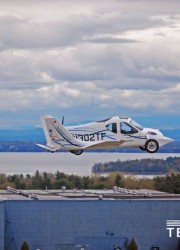 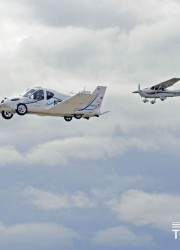 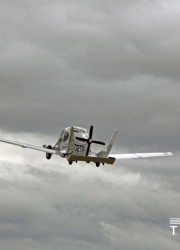 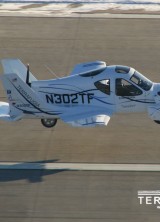 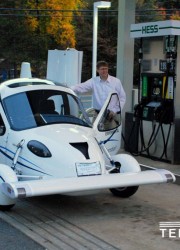 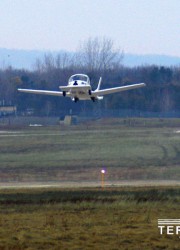 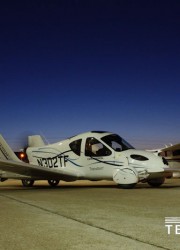 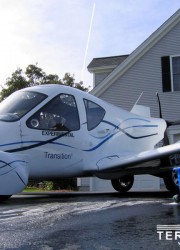 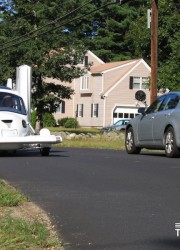