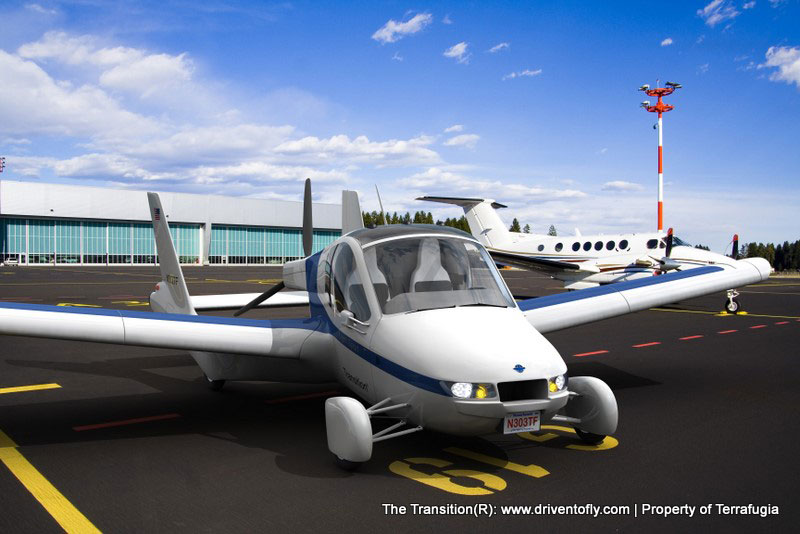 The Transition – Terrafugia Flying Car The Terrafugia Flying Car, also known as the Terrafugia Transition, made its maiden voyage on March 5, 2009, at New York’s Plattsburgh International Airport, making it the first plausible flying car to take flight. Operating at air speeds of 115 mph, it takes only 30 seconds to transform the Transition from airplane to car. The Terrafugia flying car was a dream machine for many, but its dorky design made quite a few stop short in their tracks. Terrafugia, a developer of roadable aircraft, released a scale model and computer-generated pictures of its redesigned Transition vehicle on Monday (July, 26th) at  EAA AirVenture in Wisconsin show. The vehicle has been given a mild design makeover, and is now imbued with a more car-like front courtesy of traditional headlights and a license plate holder. Terrafugia envisions the eventual production version as having covered front wheels set off from the body of the car by tubes, which is more in line with the light sport aircraft that the airplane-half of the Transition represents. The design tweaks, Terrafugia explained, were based on the results of a successful test flight last year at Plattsburgh International Airport in New York. Some of the improvements include a touch-screen cockpit interface and better-optimized wings with a new folding mechanism that helps them retract for road driving. It’ll still run on gas station fuel and be able to be driven at highway speed and hit 115 miles per hour in the air. Terrafugia’s flying car cleared a key regulatory hurdle last month when the Federal Aviation Administration granted a 110 pound-weight exception for the aircraft’s class. Expected to hit the retail market in 2011 for $194,000, people can get on Terrafugia’s waiting list by pre-ordering for $10,000. 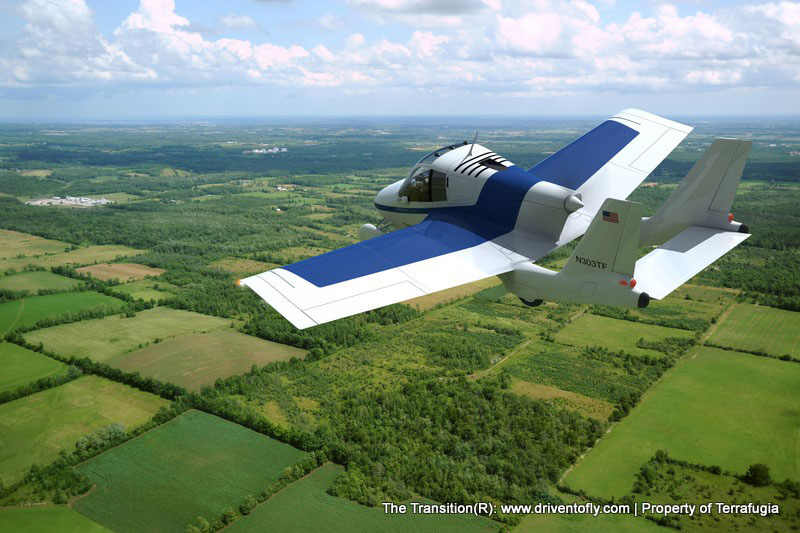 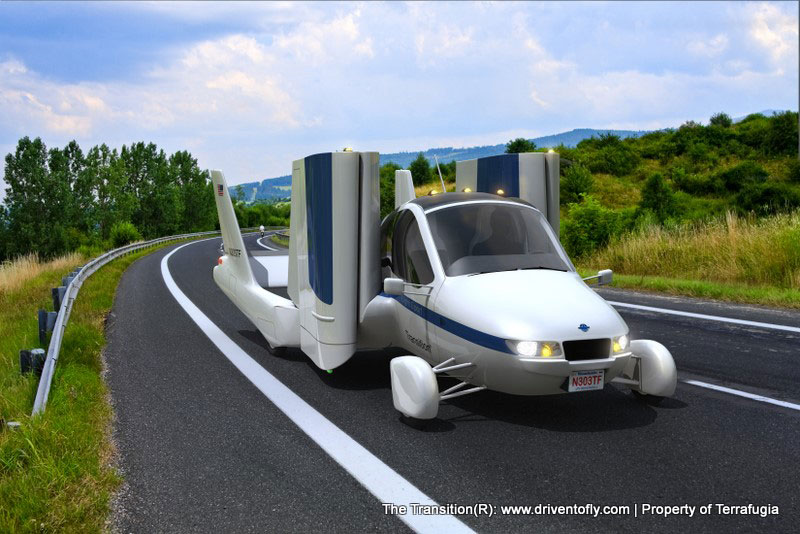 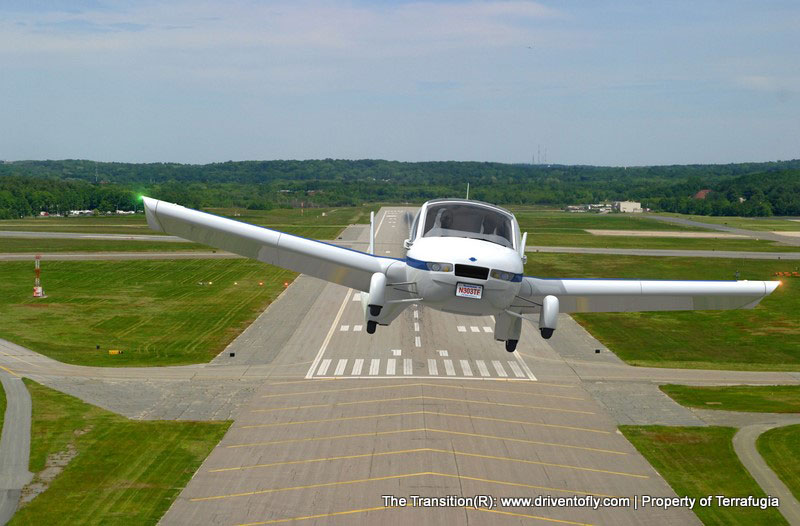 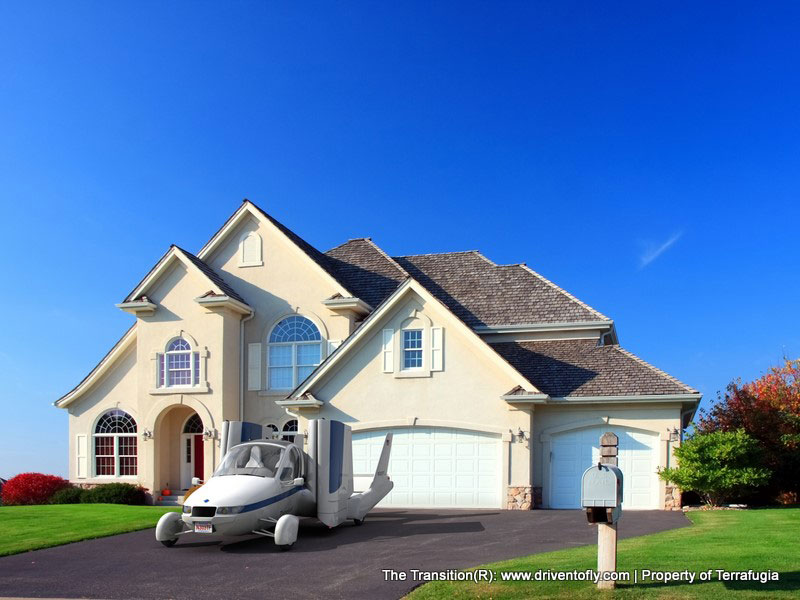 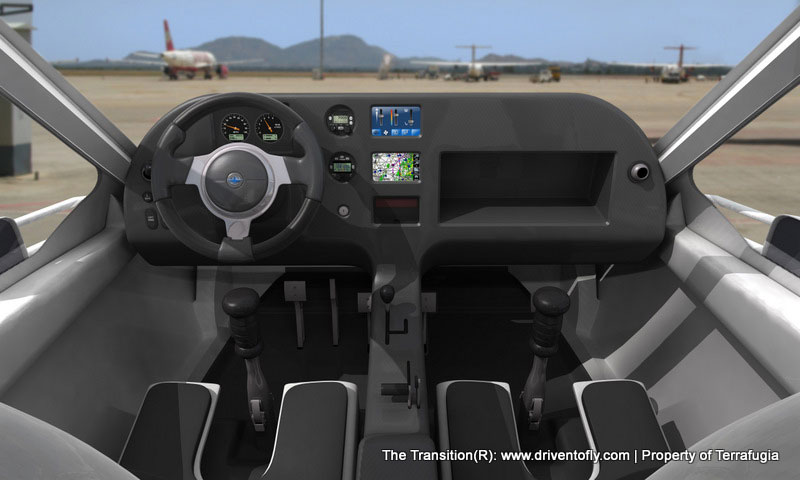 The Transition – Terrafugia Flying Car [Source: Terrafugia]
If you like you can check latest Other Stuff photos