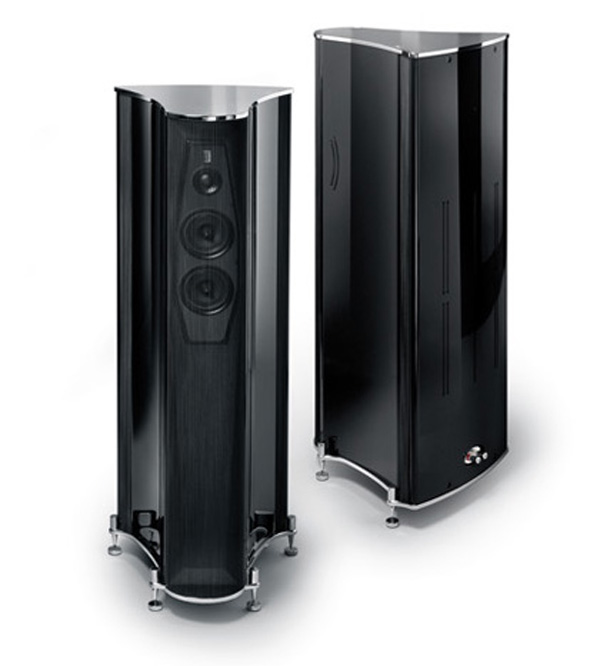 Franco Serblin’s Ktêma Speakers Perhaps best known for founding and heading Sonus Faber from 1983 to 2005, Franco Serblin now has a new venture – the Ktêma speaker.It’s named after a Greek expression Ktêma eis aei, which means a possession forever – something that, over time, cannot be disputed. The Ktêma began with the idea of the proscenium – the center of a theatrical stage where much of the action takes place. The focus of attention is on the soloist, and the surrounding space, which includes the rest of the musical ensemble, arises from and develops around that point. 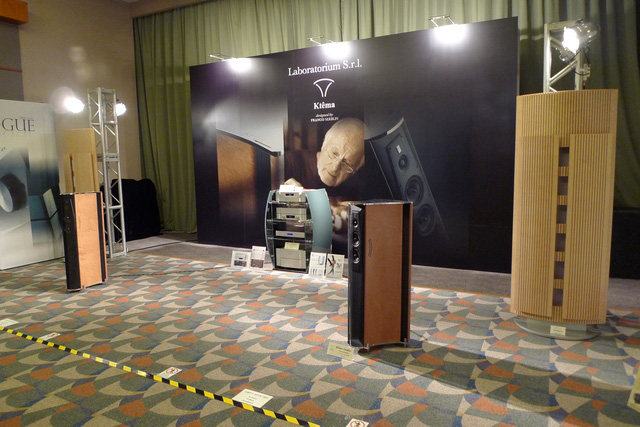 Franco Serblin’s Ktêma Speakers This idea is embodied in the Ktêma’s design. Mounted high on the front of the Ktêma is a 1-inch soft-dome tweeter and two 4-inch midrange drivers. The curved sides of the cabinet are concave, while the back surface, which holds two 9-inch metal-cone woofers near the bottom, is convex. This unusual design is intended to focus attention on the mid-high range while the bass fills the surrounding space. Other technical specs include an in-room frequency response of 26Hz to 33Khz, nominal impedance of 4 ohm and a sensitivity of 92 dB/W/m. Special attention has been paid to not disturb or “soil” the central part of the acoustic spectrum. It’s the part where the harmonic richness highlights the true timbre of the instruments. Weighing in at 110 kg per pair, the Ktema speakers are available in Satin Sycamore and high gloss piano black finish. Price per pair is £25,000 ($39,000). Is it worth that much? Here’s what famed opera singer Andrea Bocelli had to say about that in a letter to Franco Serblin: 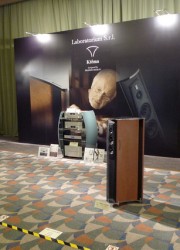 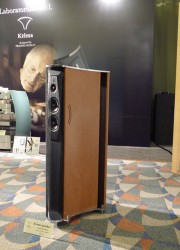 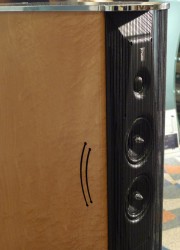 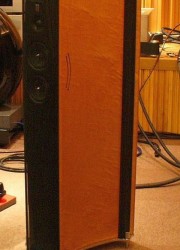 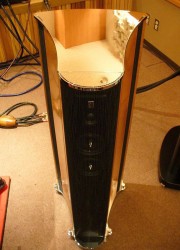 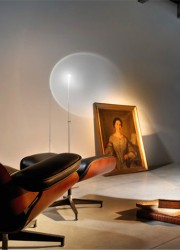 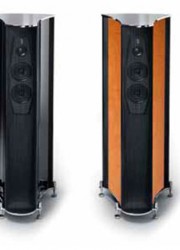 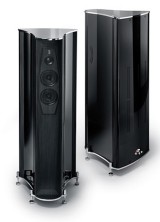 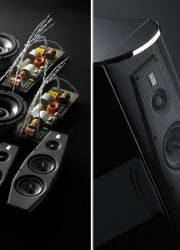