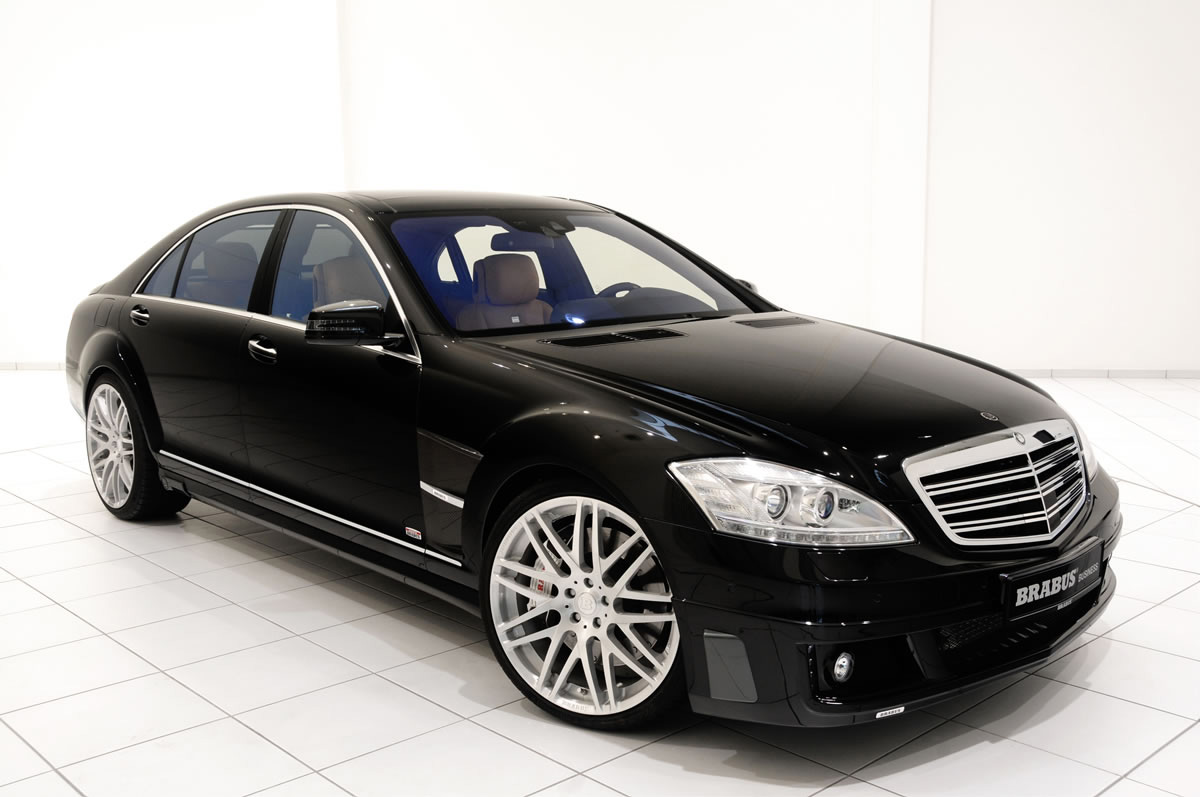 Brabus Mercedes S600 iBusiness Sedan Brabus, a name that is associated with modified Mercedes Benzes, has just announced its latest creation – the Mercedes S600 iBusiness Sedan. The S600 iBusiness package gives the two rear seats an iPad each as well as a 64GB iPod touch. Both of the iPads can not only be used for work but can control the car’s audio, navigation and phone systems. Designed to be the ultimate executive sedan, the iBusiness boasts a revised front fascia, aluminum sport fenders, aggressive side skirts with integrated lighting, a modified rear diffuser, a sport exhaust system, and Monoblock light-alloy wheels, available in sizes from 19 to 21 inches, with Pirelli or Yokohama tires. Under the hood, Brabus has shoehorned in a twin-turbocharged 6.3-liter V12 that produces 750 horsepower and 995 pound-feet of torque, though the torque output has been electronically limited to ONLY 811 lb-ft. Hitting 62 miles per hour takes just 4.0 seconds, and with your pedal pressed firmly to the floor, you’ll hit 211 mph when all is said and done. Power is routed to the rear wheels by a five-speed automatic transmission and Brabus offers a custom limited-slip differential to maximize overall traction. It’s staggeringly quick, this iBusiness. 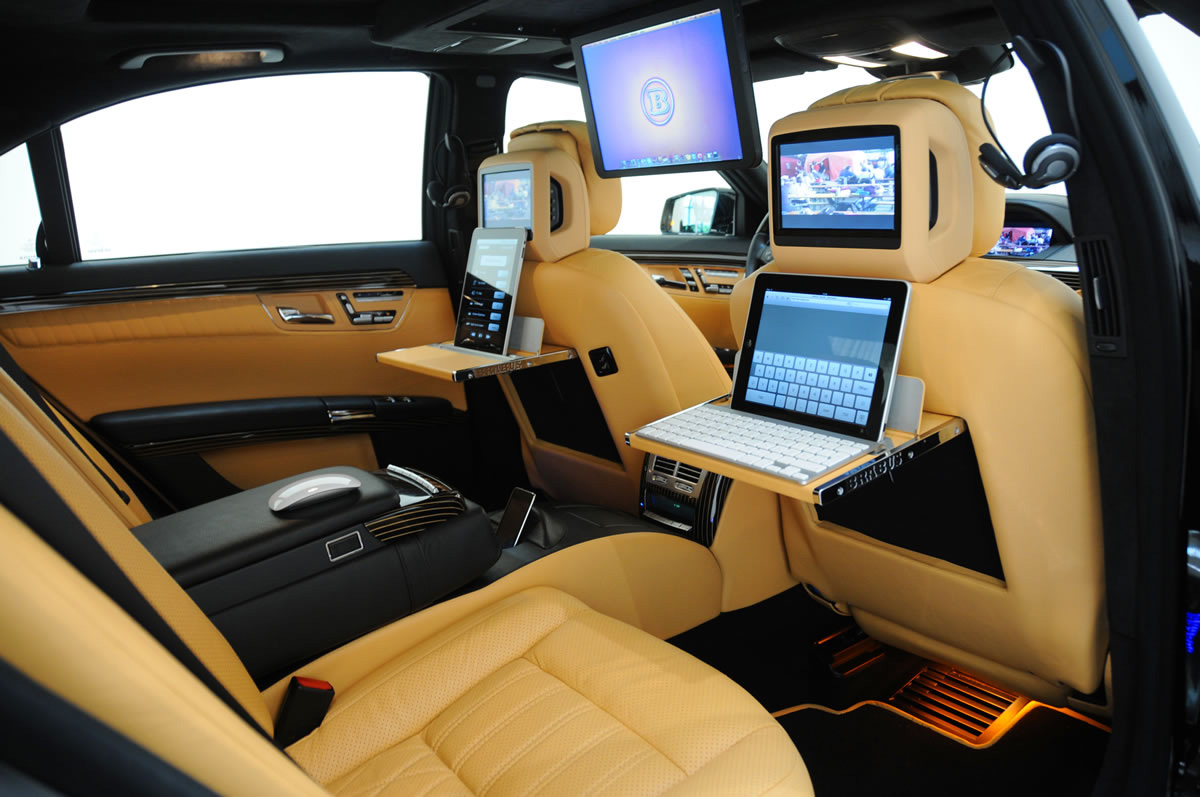 Brabus Mercedes S600 iBusiness Sedan But, the most unique thing about Brabus Mercedes S600 iBusiness Sedan, however, is its interior. The epicenter of the system is an ultra-small Mac minicomputer placed under the rear shelf. Connected to the system are two iPads in the rear compartment to play movies, music and Connect to the Internet and control the entire functioning of the S-Class COMAND system, which includes the radio, the telephone and the navigation system. The entertainment system also includes a 15.2-inch TFT display set inside a headliner which is covered with Alcantara and contrasted with leather. For music, there is a 64GB Apple iPod touch, with a 14, 000+ song capacity, which is synced with either the S-Class sound system or Sennheiser Noise Gard headphones. The system also provides for USB2.0 ports in the rear compartments for connecting devices. You can dock two tablet PCs and a Bluetooth keyboard in the rear adjustable tables provided for them. The car features custom-made compartments to put away all these gadgets when not in use. A BRABUS app for iPad and iPhone to be launched shortly will also come as a part of the deal. The Brabus iBusiness is built to order and can be combined with any engine variant from the S 350 to the S 65. Alternatively any existing current S-Class model can be equipped with the innovative multimedia system and all other Brabus options. 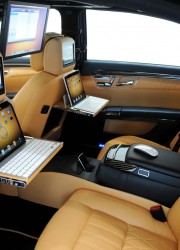 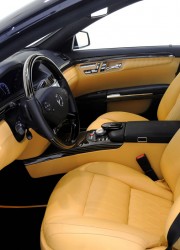 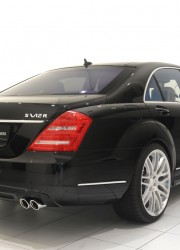 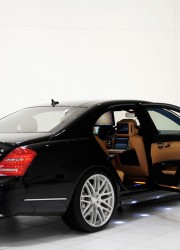 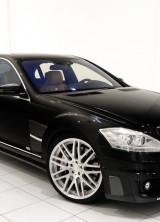 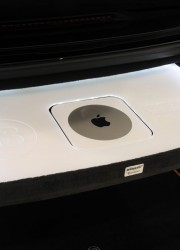 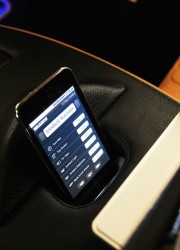 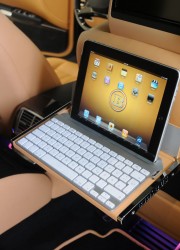 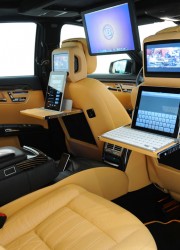 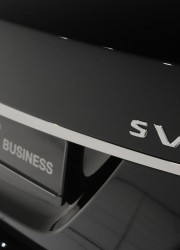 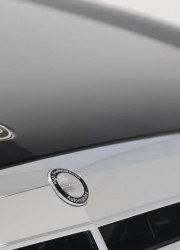 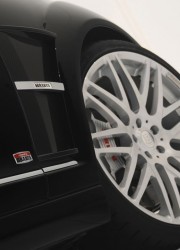 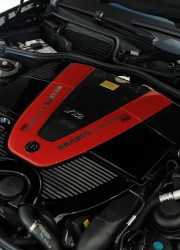 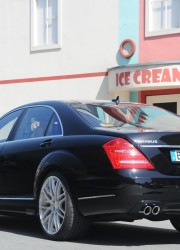 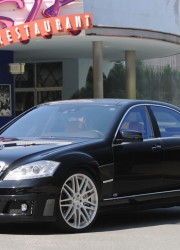 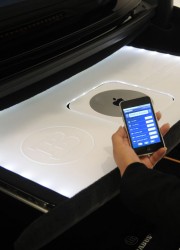 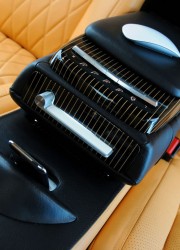 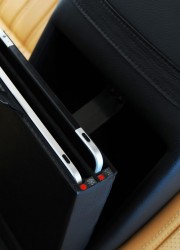