A Chinese vase discovered during a routine clear-out of a bungalow in northwest London has sold at auction for a record £51 million ($83 million), leaving the sellers flabbergasted. A vase that sat, little-noticed, in a modest suburban home has become one of the most expensive Asian artworks ever sold, and underlined the rapid rise of the Chinese art market. It was sold by a woman clearing out her late sister’s house, and had been valued at £1.2 million. But after fierce competition, it was bought Thursday by a Chinese bidder for many times more. Auctioneer Peter Bainbridge, whose £8.6 million premium is included in the sale price, said Friday that the outcome was a fairy tale, really. 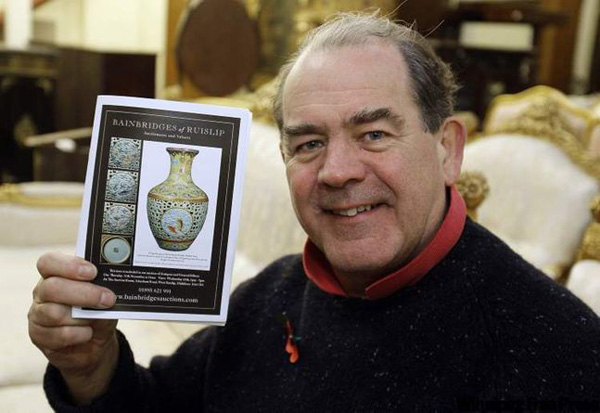 LONDON – A Chinese vase that sat, little-noticed, in a suburban London home has become one of the most expensive artworks ever sold, evidence that China’s sizzling art market shows no signs of cooling down. The 18th-century porcelain vase, sold by a family clearing out a deceased relative’s house, went to a Chinese buyer for 51.6 million pounds ($83 million) — more than 40 times the pre-sale estimate and a record for a Chinese work of art. For Peter Bainbridge, a small independent auctioneer who specializes in house clearance sales, Thursday’s result was an extremely pleasant shock. “How do you anticipate the Chinese market?” he said Friday. “It’s totally on fire.” Bainbridge, whose 8.6 million pound buyer’s premium is included in the sale price, said the outcome was “a fairy tale” for the family who owned the vase. He said the sellers, who wish to remain anonymous, are the sister and nephew of a deceased elderly woman clearing out her “very modest home” in the London suburb of Pinner. The vase had been in the family at least since the 1930s, though they don’t know how it was acquired. Many Chinese artifacts surfaced in Britain in the 19th century, having been looted from Beijing’s Summer Palace when it was sacked by British and French troops at the end of the Second Opium War in 1860. The vase was spotted as special by the auction house’s specialist valuer and given an estimate of up to 1.2 million pounds. But on Thursday Bainbridge’s suburban sale room was “full to bursting,” and there was excitement in the air. “There was a silence that wrapped itself around the sale as the figure grew slowly but surely up to the sky,” Bainbridge said. “I’m an auctioneer, so at that point I’m just doing the professional job I’m paid to do. But once the hammer’s down you do take stock slightly and think, ‘Oh, wow, that’s really rather a lot of money.'” The vase, bought by a Chinese bidder on behalf of an undisclosed buyer, is the most expensive Chinese artwork ever sold, beating a Song Dynasty scroll that sold for almost $64 million in Beijing in June. Experts say it is an exceptional piece, made for the personal enjoyment of Qing dynasty Emperor Qianlong, at a time when Chinese porcelain-making had reached a zenith. The 16-inch (40-centimeter) vase in imperial yellow features a delicate double-walled construction and is adorned with medallions depicting leaping goldfish. Roland Arkell, deputy editor of the Antiques Trade Gazette, said the price makes this work by anonymous artisans the 11th most expensive artwork ever sold at auction. “It’s right up there alongside the Picassos, which is unheard-of for a piece of porcelain,” he said. More record prices are sure to follow. Prices for Chinese art and antiquities are buoyant. Art markets in the West are still feeling the effects of the economic downturn. Masterpieces set records — often acquired by Russian, Middle Eastern or Asian collectors — while mid-range works languish unsold. “It’s like a creme brulee: hard at the top and a bit soft underneath,” said Robert Read, a fine art expert at specialist insurer Hiscox In contrast, China’s booming economy means new collectors are joining the market all the time, and wealthy buyers are keen to repatriate treasures from their heritage. “There’s definitely a shift in the balance of power,” said Read. “Things are going east these days. “That’s where the future is, and that’s where the big collectors are going to be over the next 20 years.” * * * * * Online: Bainbridge Auctions: http://www.bainbridgesauctions.co.uk 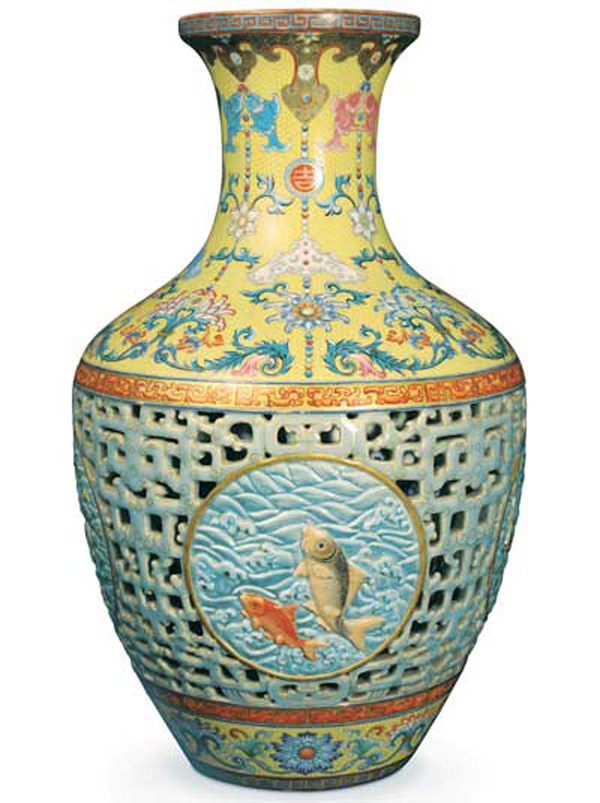