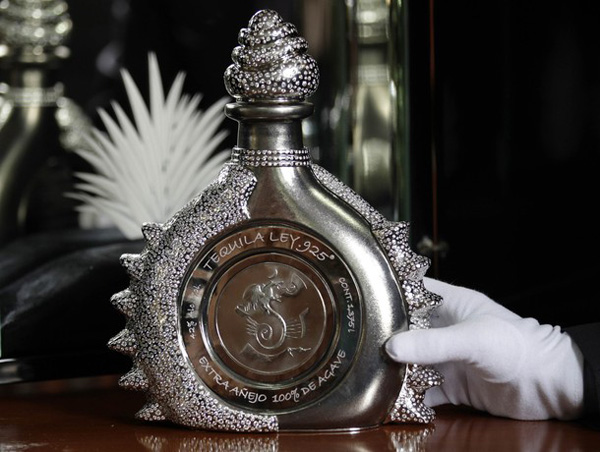 Hacienda La Capilla Tequila in The Diamond Sterling Bottle Mexican distiller Hacienda La Capilla has lately shown a Tequila bottle called The Diamond Sterling, which could become the world’s most expensive tequila. The 1.3 liter platinum and diamond-studded bottle contains a brew of tequila that has aged for seven long years. The bottle, which is on a European and Middle Eastern tour currently, is crafted in ceramic and spots a 2.3 kg platinum layer, and is studded with over 4000 diamonds that comes to a total of 328 carats. The bottle, designed by Fernando Altamirano, was seen during an interview with Reuters television in Mexico City. Altamirano hopes to set a new Guinness World Record with the The Diamond Sterling, which is valued at around $3.5 million. The company is the taking the bottle on a tour to various European and Middle Eastern capitals in a bid to interest potential buyers. Hacienda La Capilla has already made the Guinness record for the most expensive tequila with a bottle that sold for US $225,000 in 1996. Alcohol connoisseurs should bare in mind that for less money they could probably buy the world’s largest bottle of wine, which holds over 1,850 litres.
If you like you can check latest Other Stuff photos