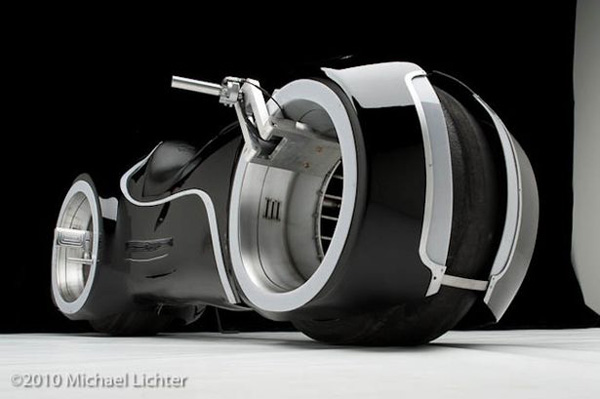 Street-Legal Tron Light Cycle To celebrate the forthcoming release of Tron: Legacy, Florida bike shop Parker Brothers Choppers has knocked up 10 custom-built Light Cycle replicas that look just like the virtual vehicles from the arena in the ENCOM mainframe. Each bike features a steel frame, fiberglass bodywork and a V-twin engine from a Suzuki TLR1000, brakes and other functional bits in there required to make them street legal. The bike weighs 474 pounds and is just over 100 inches long and 23 inches wide. Customers have a choice between actual gauges and an iPad dock that displays vital statistics on the iPad’s touchscreen. Though the bike looks like it drove straight off the movie screen, it’s not a replica or recreation since the Light Cycles in both Tron films were virtual. We basically used the images we could get off the web in order to make the bike, said Jeff Halverson of Parker Brothers Choppers. Keep in mind, no one ever made this bike before. It’s also not cheap. If you want to be seen running down the highway on one of  Tron Light Cycle, it’ll cost you a cool $55,000. But you better hurry, because price tag be damned, they’re selling fast: Parker Brothers built ten of these beasts and at last count, only four were unclaimed. 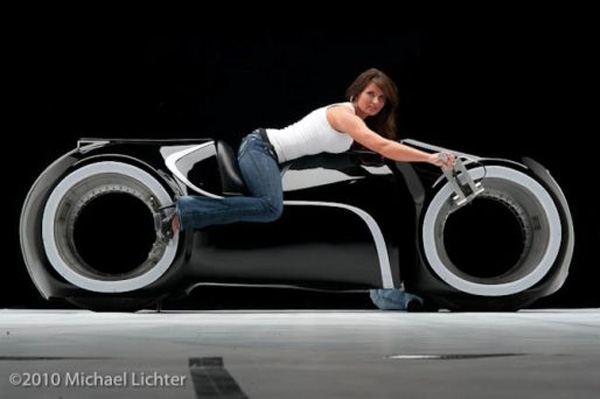 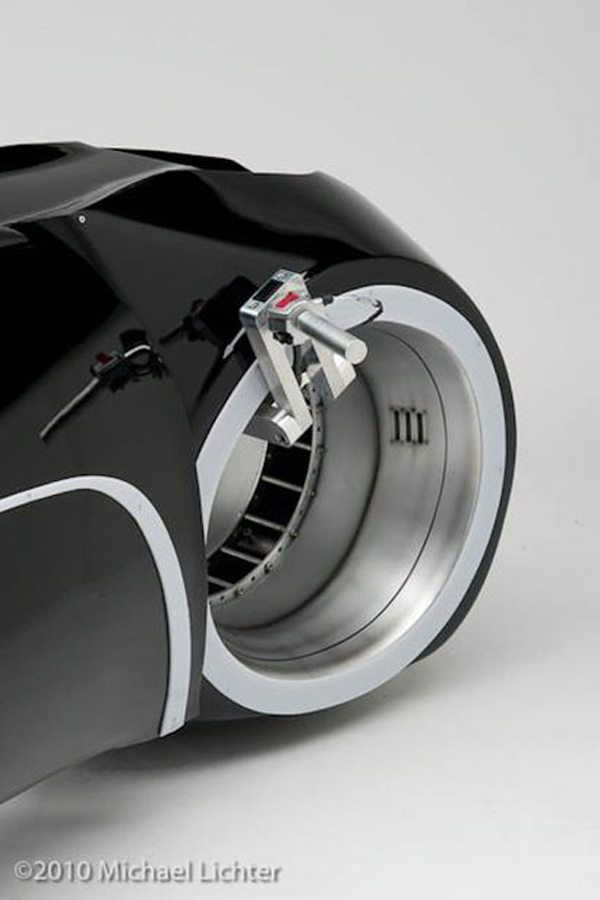 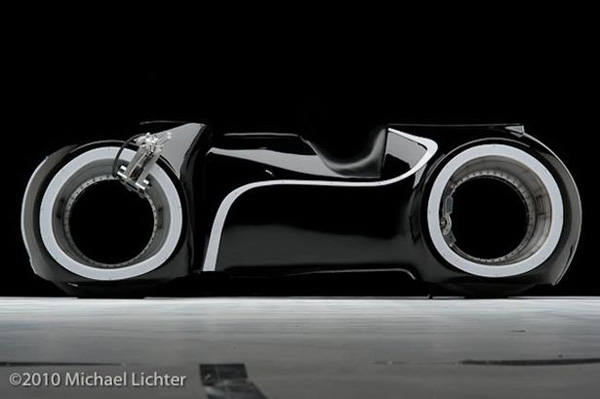