1950 GM Futurliner Bus (AUBURN, Ind.) – An unrestored Futurliner bus from GM’s ‘Parade of Progress’ of the 1940s and ‘50s is an early star consignment for the expected roster of 1,000 quality motor cars and motorcycles going up for bids when Auctions America by RM opens the gates at its famous 235-acre Auburn Auction Park May 12 – 15 for its inaugural Auburn Spring event. To add to the weekend’s excitement, the park grounds will be buzzing with the hundreds of vendors who will set up shop on the swap meet field and in the car corral, coordinated by the respected Pennsylvania-based Carlisle Events. “It’s been a long, hard winter, but spring fever is about to hit the Midwest and we’re ready to put on a not-to-be-missed show with our new partner, Carlisle Events,” said Donnie Gould, President, Auctions America by RM. “Automotive enthusiasts can look forward to this first Auburn Spring event becoming a permanent fixture on the collector car calendar year over year.” Lance Miller, partner of Carlisle Events added, “It’s been an exciting first quarter for Carlisle Events and our new partnership with Auctions America. Auburn Spring is our first event in the Auburn Auction Park and together we look forward to growing both the spring and fall events to be the Midwest automotive destination to buy, sell, trade, and consign with confidence.” 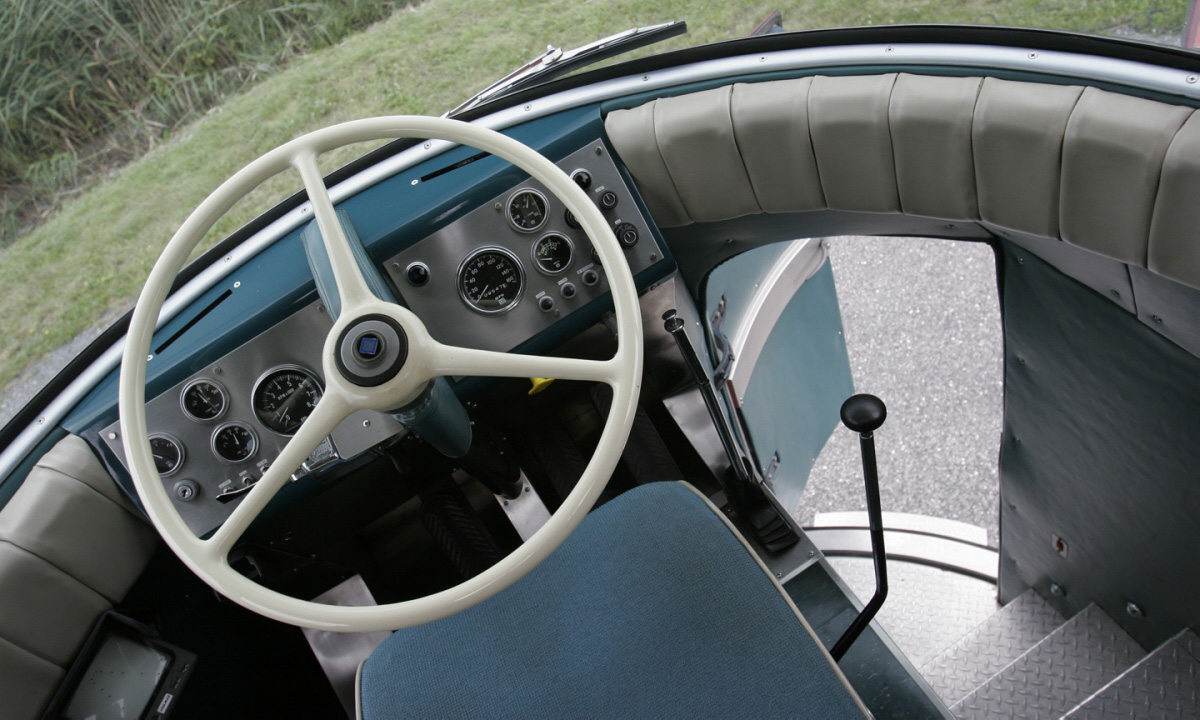 An unrestored GM Futurliner bus, one of 12 built and eight known to still exist, is going under the hammer in Auburn with an auction estimate of $450,000 to $600,000. In highly original condition, it has recently been equipped with eight new tires, a new plexiglass windshield and all-new rubber and metal siding. These futuristically-styled buses, measuring 11 feet high and 33 feet long, were designed by Harley Earl and originally built in 1940 and refurbished in the early 1950s. They travelled the highways and byways of the United States to demonstrate General Motors’ new automobiles and technology to American consumers. As a bonus, the faithfully restored Futurliner from the National Automotive and Truck Museum of the United States (NATMUS) collection will be on exhibit at the event. Automotive archaeologist, Joe Bortz – known for rescuing five Futurliners from destruction in the early 1980s and responsible for donating this particular bus to NATMUS – will be on hand for demonstrations over the course of the weekend. Auburn Spring represents the first time that a restored and unrestored example of these iconic machines is together on public display. “These Futurliner buses represent the largest artifacts remaining from GM’s great Motorama era and hold a significant place in American automotive history,” said Joe Bortz. [Photo Credit: Martin Savoie] 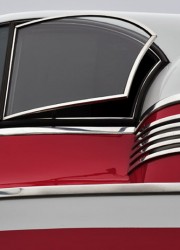 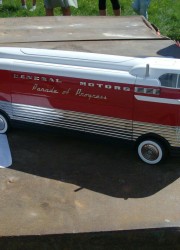 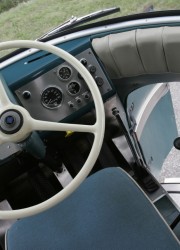 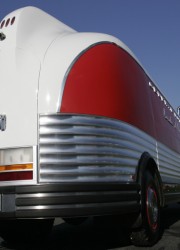 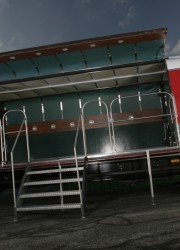 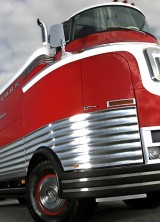 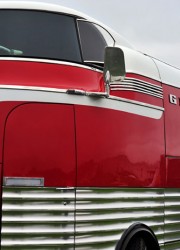 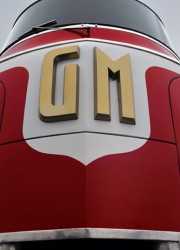 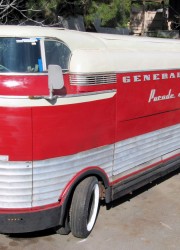