Sotheby’s auctioneer sold a rare cityscape by Austrian artist Egon Schiele There was a world auction record for Egon Schiele at Sotheby’s on June 22. His Häuser mit bunter Wäsche (Vorstadt II) / Houses with Colorful Laundry (Suburb II) made £24,6 million ($40.1 million) almost double the previous auction record for the Austrian artist. Despite the work setting a new auction benchmark for the artist, it sold at the lower end of the estimated price of between £22 million and £30 million. Executed in 1914 at the height of Egon Schiele’s short career, four years before his death in the Spanish influenza epidemic at the age of 28, the painting is one of the most impressive of the artist’s few monumental cityscapes and is loosely based on motifs drawn from Krumau, the town known to have inspired some of his greatest works. It was this town in Southern Bohemia in which Schiele’s mother was born, and to which Schiele and his lover Valerie (Wally) Neuzil moved in 1911 in order to escape what they perceived as the claustrophobic atmosphere of Vienna. The sale of Houses with Colorful Laundry also ends one of the art world’s longest-running ownership disputes involving Nazi loot. Vienna’s Leopold Museum sold the work so it could pay $19 million to the heirs of a Jewish art dealer whose holdings had been confiscated during World War II and later dispersed into museums such as the Leopold. As part of the settlement deal, the heirs of Lea Bondi Jaray agreed let the Leopold keep one of Ms. Jaray’s prized pieces, a Schiele painting of Valerie Neuzil, or Portrait of Wally. Only three other important Schiele cityscapes have come to auction over the past decade, the last being the two-sided Houses (With Mountains) backed with Monk 1, from 1915. It sold in 2009 at Christie’s in New York for $22.4 million, the previous record price. Overall, 32 of the sale’s 35 works found buyers. The works’ combined total also fell within Sotheby’s presale target of $124.2 million to $178.7 million. 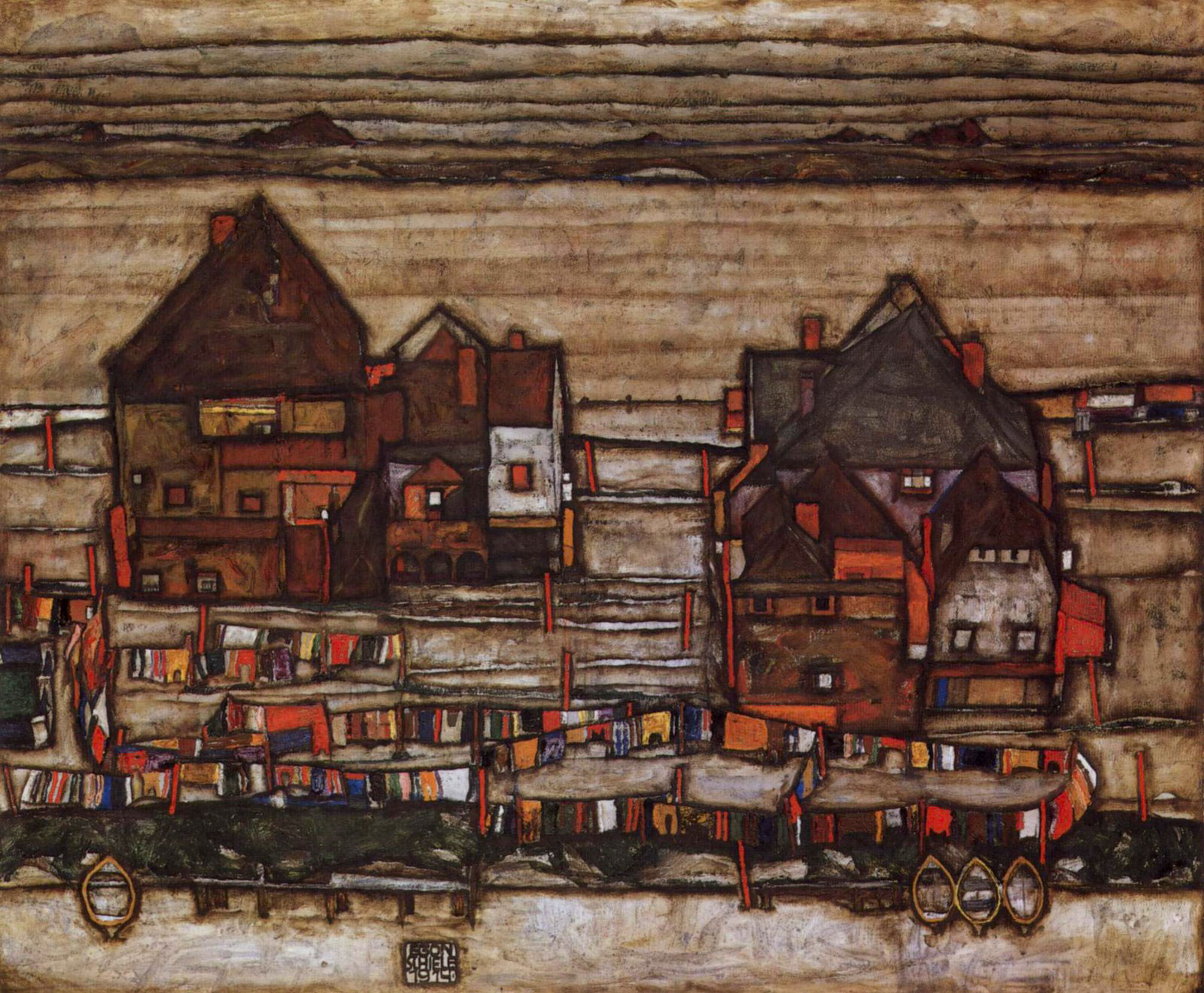