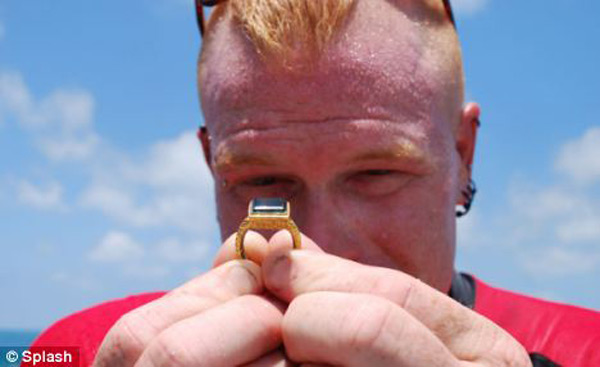 One of the divers from Mel Fisher’s Treasures shows off the ring Treasure hunters found Antique Emerald and Gold Ring, that is believed to be from the Nuestra Senora de Atocha that sank off the Florida Keys in 1622 hurricane. Historians stumbled across this ring, estimated at $500,000, while they were searching for the sterncastle of the ship. The ring’s estimated value is based on the stone’s 2.7- by 2.5-centimeter size and the value of other emeralds from Atocha. The rare emerald, which likely came from the Muzo mines in Colombia, is about 10 carats. It was found by one of the diving team about 35 miles off the coast of Key West. The diving team was from Mel Fisher’s Treasures which has plundered $450million worth of goods from the vessel over the last few decades. The divers also found other artifacts including two silver spoons, a 40-inch gold rosary and a gold bar. The last two items were found in March and April, respectively. [Daily Mail] 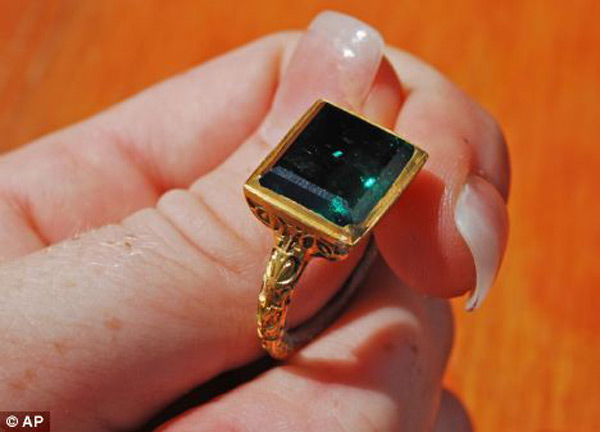 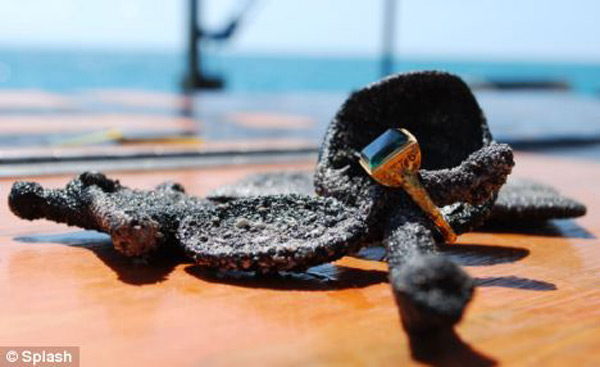