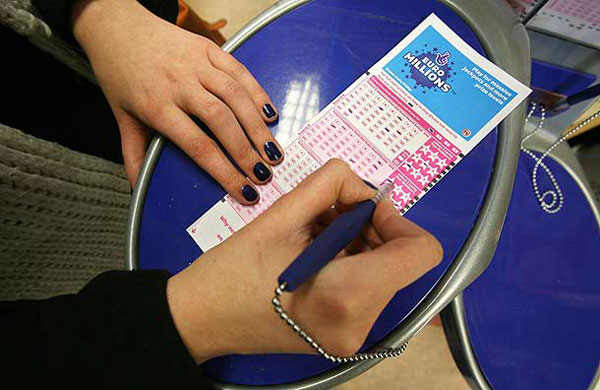 Lucky ticket holder who bet on the five main numbers 17, 19, 38, 42, 45 and on Lucky Stars 9 and 10 has won €185 million (£161 Million, $260 million) In EuroMillions Lottery. Although the prize was won by a single ticket holder, it still isn’t known whether it was a syndicate win or one person/family, so this heart-breaking sum sending him (her or them)  to the exclusive Top 500 Richest Britons list. A National Lottery spokesman said: This is amazing news. We are absolutely delighted that a UK ticket-holder has scooped the entire jackpot. This is the biggest winner this country and Europe has ever seen and follows hot on the heels of the anonymous ticket-holder who last October scooped £113million. We’ve got the champagne on ice and look forward to welcoming the ticket-holder to the National Lottery millionaires’ club. With this win, lucky ticket holder gets: The jackpot earns £5 million a year on interest alone (or £1 a minute!); The ticket holder is now as rich as David Beckham; The winner is 418th place on the UK rich list; If all the money was stacked in £50 notes, the tower would be 365 meters tall or FOUR TIMES the height of Big Ben; The money could buy anything their hearts desire, including Cristiano Ronaldo (£80 million), a piece of paradise in the Bahamas (£47 million), six executive jets (£25 million each), or a penthouse overlooking Hyde Park (£135 million). [€uromillions]
If you like you can check latest Other Stuff photos