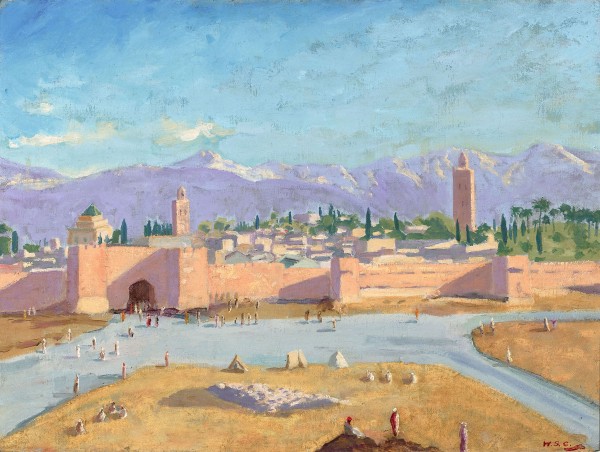 Anglofiles and history buffs already knowof Sir Winston Churchill as a famed world leader, but few know of him as a passionate artist. During the last 50 years of his life, Churchill completed 500 paintings, the vast majority of which are still in his Chartwell home. A landscape painting called the Tower of Katoubia Mosque, one of Churchill’s most notable works, was recently acquired by M.S. Rau Antiques,  and it’s for sale for $2,950,000. Very few of Churchill’s paintings ever come on the market, and in spite of his being a prolific artist, he gave only a few of his works as gifts, and when he did, they were gifted to other remarkable people, such as Franklin Delano Roosevelt, who received this oil painting. The 18-by-24-inch, art shoes a setting sun over the snowcapped Atlas Mountains with the tower of Koutoubia Mosque in the foray. Churchill painted it in 1943 after the first of the three Allied conferences of World War II in Casablanca, where he and Roosevelt first met. After the conference, the two traveled to view the sunset from the top of the Berber tower. Roosevelt was so taken with the scene that Churchill painted it for the president as a memento of their friendship and as a universal symbol of freedom. Till Roosevelt was alive, the painting found place in his Hyde Park, NY home. The painting was passed from President Roosevelt to his son, Elliot, who sold it in 1950 to George W. Woodward, a Nebraska collector. Woodward later sold it to author, movie producer, financier and art collector Norman G. Hickman, who served as associate producer of the Churchill-themed film, The Finest Hours in 1964. While in his possession, The Tower of Katoubia Mosque was exhibited at the New York Daily News building in January, 1965 and later at the Churchill Memorial in Fulton, Missouri during the Summer of 1970. Upon Hickman’s death, it was passed to his second wife and then to her daughter, where it was stored in a closet for the past 15 years. 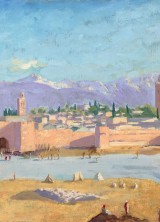 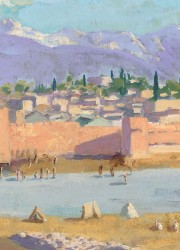 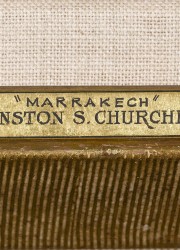 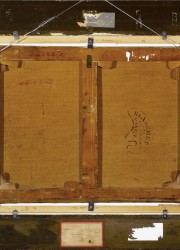 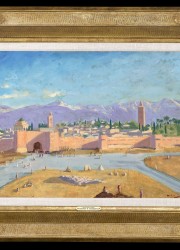 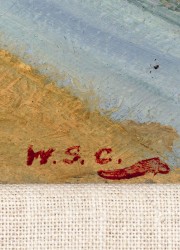