After four years of persistent labor from the textile team at Godley & Peers, as well as the 1.2 million spiders, the finished one-of-a-kind cape created from golden silk spun is finally being displayed at London’s Victoria and Albert Museum. The cape is one of two golden spider silk textiles that exist in the world.  The 13 feet long hand-woven textile was made from the silk of more than one million female Golden Orb spiders collected in the highlands of Madagascar. Every morning spiders were collected by trained handlers and at the end of the work day they were returned to the wild. Adorned with images of the two-inch spider, the cape takes its colour from the silk itself, which is naturally golden. 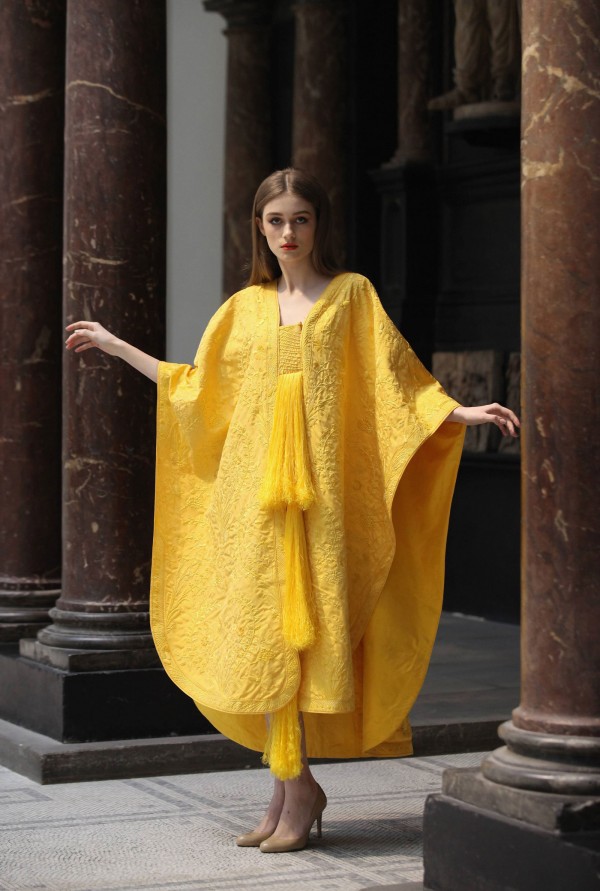 Created by Englishman Simon Peers, who lives in Madagascar, and American Nicholas Godley this cape boasts of being the longest piece of brocaded spider silk ever. Commenting on the exhibition Mr Peers said: We were keen to show the spider silk textiles at the V&A, being the most appropriate place to premiere this work in Europe. As far as we know the V&A has never before shown anything made from spider silk, despite its diverse collections of art and decorative arts. So we are pleased and very proud to be adding a first to a museum with such a rich, long and illustrious history, and would like to think that we in turn can be an inspiration to others. Godley and Peers’s workshop in Madagascar has several machines used for spider silk production. In each hand-powered contraption are 24 females (they are always female). Handlers pull and spool strands from each spider’s multiple spinnerets. A gossamer thread is made from 96 twisted strands. Golden Spider Silk will be shown in the London’s Victoria and Albert Museum Studio Gallery, 25 January – 5 June 2012. Frenchman, Francois-Xavier Bon de Saint Hilaire, first illustrated how fabric could be spun from spider silk in 1709. He boiled their cocoons, extracting the threads with combs to make socks and gloves. Then, in the early 19th century, along came Jesuit priest Raimondo Maria de Termeyer, who discovered that threads extracted from the spider itself produced a higher-quality silk. An 1807 engraving shows de Termeyer’s extraction device. The spider is clamped by a sheet of wood with a half-moon aperture for its abdomen. A winding machine draws out a continuous strand. In the late 19th century, Madagascar’s French colonial government encouraged spider-silk weaving, and spider-silk bed hangings were exhibited in Paris. But the drapes disappeared, as did the industry. The last known spider silk textile was created at the end of the 19th century for the Paris Exposition Universelle in 1900 but no examples remain. 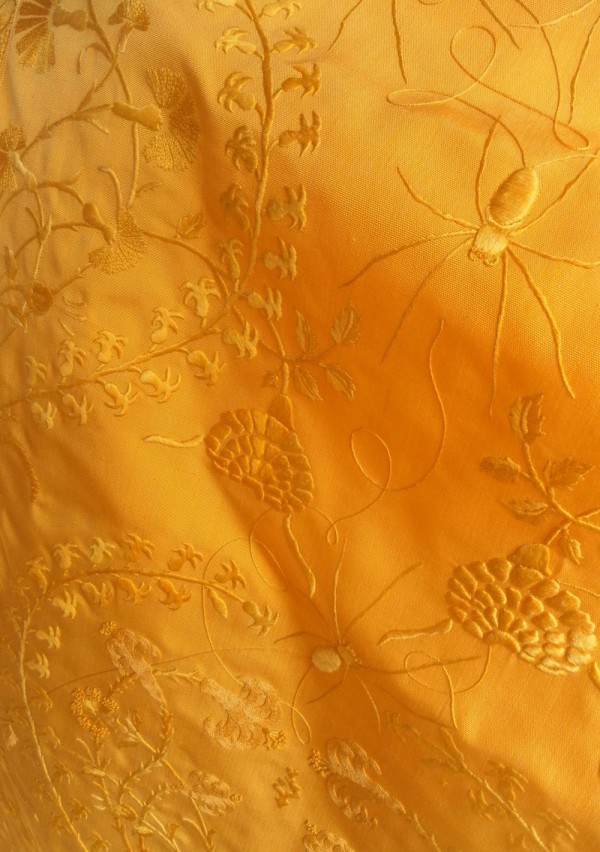 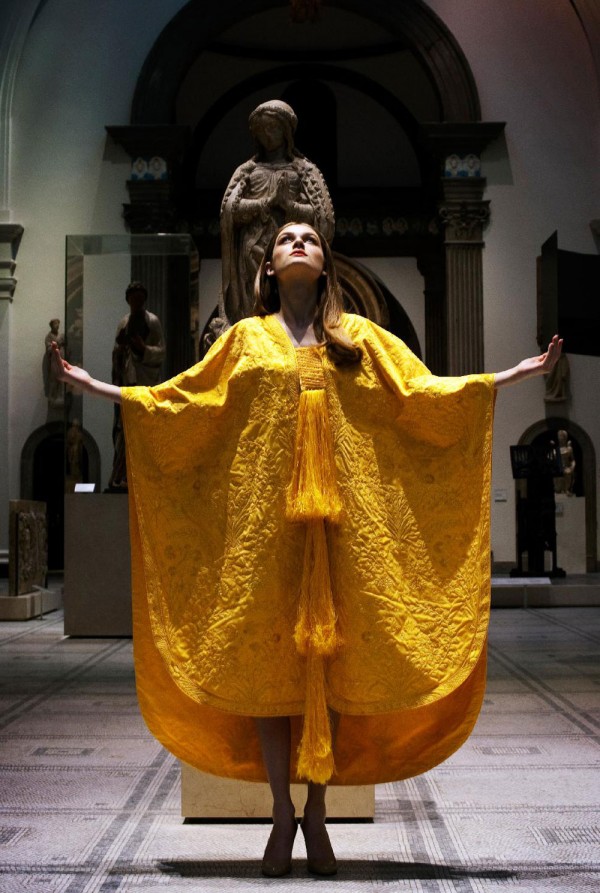 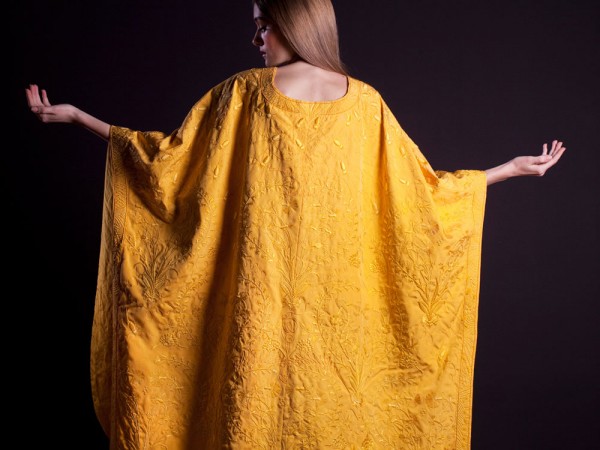