After months of rumors, Bentley revealed today a concept for its First Sport Utility Vehicle ever: the 600-hp Bentley EXP 9 F. A third model that could potentially join the Continental and Mulsanne, the EXP 9 F currently features a modified version of the Continental’s 6.0 liter twin-turbocharged W12 engine, although both hybrid and V8 designs are being considered for future production. Key Bentley styling cues, such as the matrix grille, round lamps and the strong power-line and haunch along each flank, have been re-interpreted for the EXP 9 F, with plenty of sculptured flowing surfaces to emphasise the power, muscularity and robustness of the design. 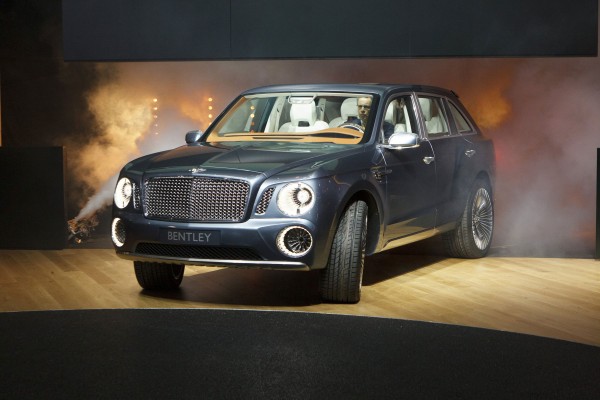 Cues at the front include daytime running light apertures that act as the charge cooler air intakes for the twin-turbo W12 engine, each with a dramatic, mesh-covered turbine fan design and rifled inner surface finish. At the rear, the swooping lines of the tailgate takes a sporting profile, with an ultra-wide, two-part split tailgate to boot. The EXP 9 F also gets twin exhaust tailpipes with rifled inner surfaces, their elliptical shapes echoing those of the rear light clusters, the design of which is inspired by the form and details of fighter jet engines, so it goes. The cabin is trimmed with several polished metals, including aluminum, bronze and gunmetal. A panoramic glass roof spans the interior. Other luxury interior features include reversible leather and silk wool floormats and diamond-quilted leather seats. Something Bentley calls virtual instrumentation and 3-D navigation are part of the control panel. Backseat passengers are treated to reclining seats, powered footrests, internet connectivity and a cooled compartment for champagne and glasses. In back, the two-part tailgate can be transformed into a picnic area, complete with picnic baskets, an awning over the tailgate and umbrellas in the side compartments. The company looks set to take the vehicle into production; it says that the show vehicle, which wears 23-inch multi-spoke alloys, is to provide a basis for feedback and comments with the aim of refining the concept further. Given that the Continental starts around $190,000 and the Mulsanne around $280,000, it’s easy to imagine a Bentley SUV with a sticker of about $250,000. See video from the Bentley Motors Press Conference at Geneva Motor Show 2012, including the worldwide premiere of the new Bentley EXP 9 F SUV Design Concept below. [youtube]http://www.youtube.com/watch?v=ADasf4VPsDg[/youtube] 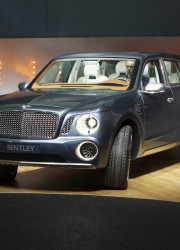 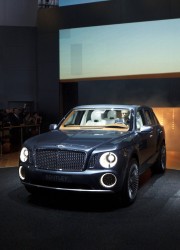 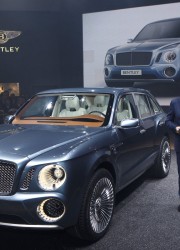 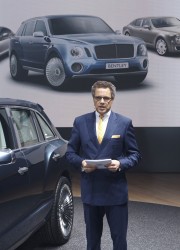 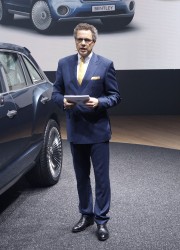 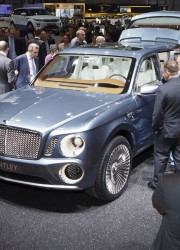 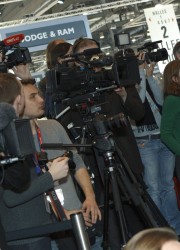 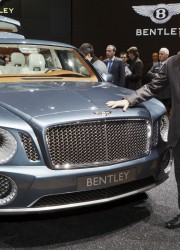 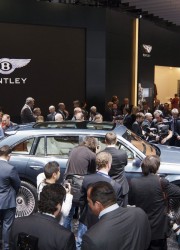 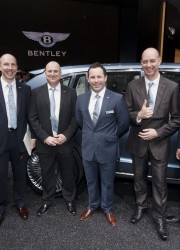 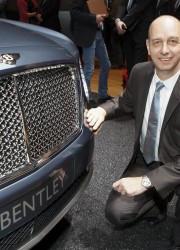 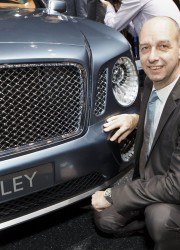