Lamborghini pulls the wraps off its crossover SUV, the 600bhp, twin-turbo V8 Urus

Following years of internal studies and widespread speculation about a third model line, Lamborghini has finally settled on an SUV: a 600-hp beast previewed by the Urus concept at the Beijing Motor Show. A concept for now, the Lambo sport-ute is designed to give the Porsche Cayenne and the Audi Q7 some serious competition. In keeping with Lamborghini tradition, the Urus is named after a famous bull, also known as aurochs; the Spanish-bred urus is considered a wild ancestor of today’s domestic bull. 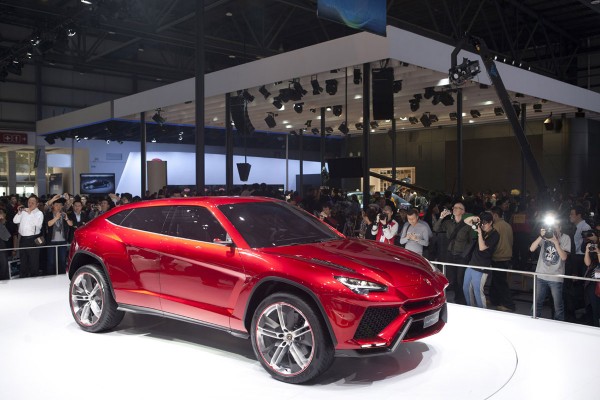 Using the sharp edges of its current design language, the Urus concept presents a very unique look for a vehicle designed to drive offroad. Although about 16 feet in length, similar to the Cayenne, the Urus concept is only about 5.5 feet high, making it more like a raised sedan. Since its a Lambo, there’s a lot to expect under the hood of this four-seater. There, you will find a 600-horsepower engine that the brand says will be fuel efficient and low in CO2. That high output suggests an engine possibly sourced from Bentley, a sister company under Volkswagen ownership. Bentley came out with its own attempt at an SUV, the EXP 9 F concept, at the Geneva auto show this year, but it was a critical flop. To make it even faster, Lambo makes extensive use of carbon fiber for lightness. Lamborghini also specifies a dual-clutch transmission and all-wheel-drive for the Urus, both technologies already existing in the company’s model line-up. The ride height is also adjustable, but the concept appears to get most of its ground clearance from the 24-inch wheels. Lamborghini is targeting annual sales of 3,000 luxury 4x4s, on top of around 1,500 to 2,000 Aventador and Gallardo models. Lamborghini needs a third model line that will provide sales stability and ensure profitability, said Lamborghini CEO Stephan Winkelmann. We have looked at every sector, but it’s clear that a 4×4 offers the best opportunity for success. Lamborghini also claims it will be the fastest-accelerating production 4×4. That means it will need to deliver 0-62mph in an X6 M-beating 4.7sec and, with the help of the active aerodynamics hinted at on the concept, reach a top speed of least 186mph — the maximum guaranteed by most tyre manufacturers offering products suitable for 4x4s. Although billed as a concept, the show car previews a production model as early as 2015. The price is expected to top $200,000 in North America. [youtube]http://www.youtube.com/watch?v=erAxAEI90JM[/youtube] 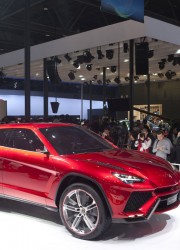 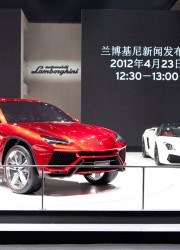 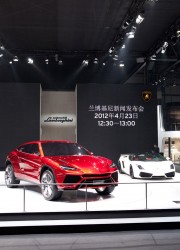 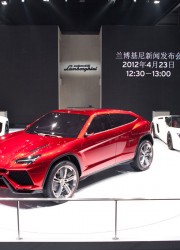 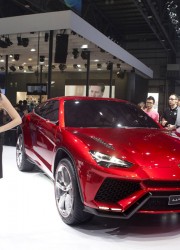 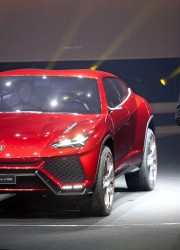 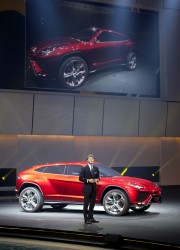 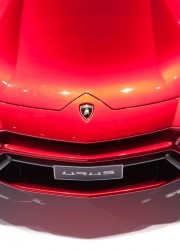 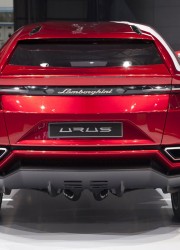 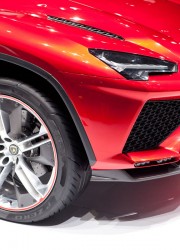 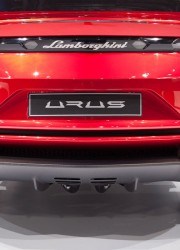 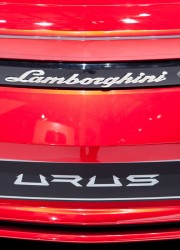 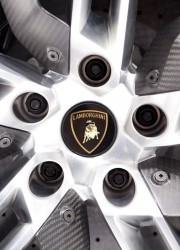 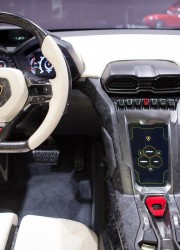 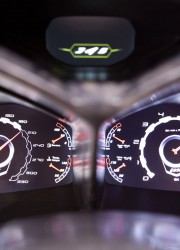 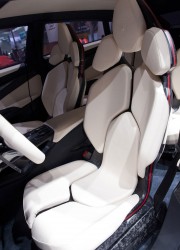 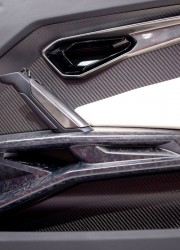 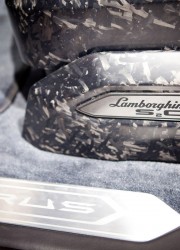