Gold cars are nothing new, but one you can afford for only $61,000, that’s rarity. And we are not talking about any car, but Porsche, and this one is also cabriolet. Namely, a Russian collector, has now put for sale his 2005 model of the Porsche 996 on Konigmotors website for 1.8 million rubles. It sounds so much expensive, but today’s exchange rate puts that at €46,300 ($61,000), which is, you must admit, highly favorable for such a golden beauty! 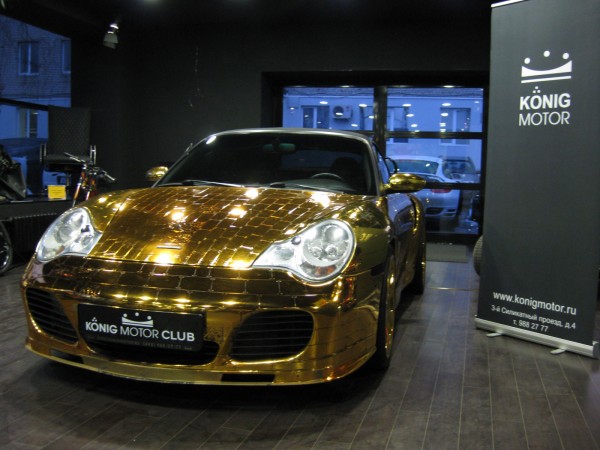 Well-known Russian artist Denis Simachev was responsible for designing this bling Porsche 996 Turbo Cabriolet. Denis Simachev is a famous in the fashion and auto world for his over the top designs which only the rich can afford. The car is fitted with 20kg of individual gold plates. When you look exterior of the car, you have impression that you are Midas, everything you touch is virtually gold with the car covered from top to bottom in gold leaf. But, the car has an equally eye-catching set of interior mats. It is fitted with an aftermarket Gemballa exhaust, a Brembo brake system and a set of Techart wheels, which also has been covered in scaled gold leaves. It’s showing 58,535km at the moment. Gold Plated Porsche 996 Turbo Cabriolet was reported to have cost around €330,000 ($433,529), while it goes on sale at a much cheaper price. One more interesting thing is that the car was once claimed to have been stolen by a prospective buyer. The previous owner handed over the keys to the man for a test drive, to find that the buyer simply drove away. The car was recovered after a while, and now it awaits a new owner. 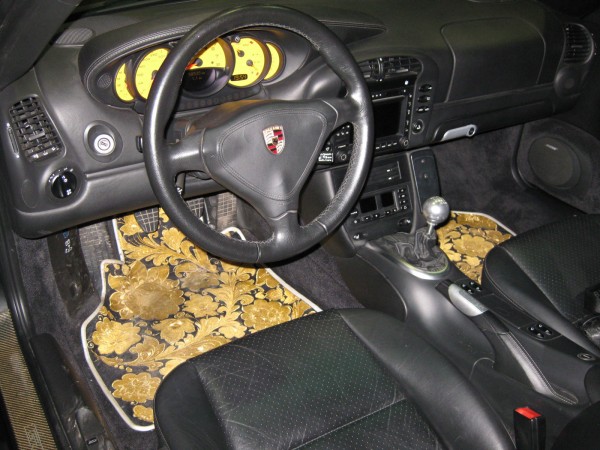 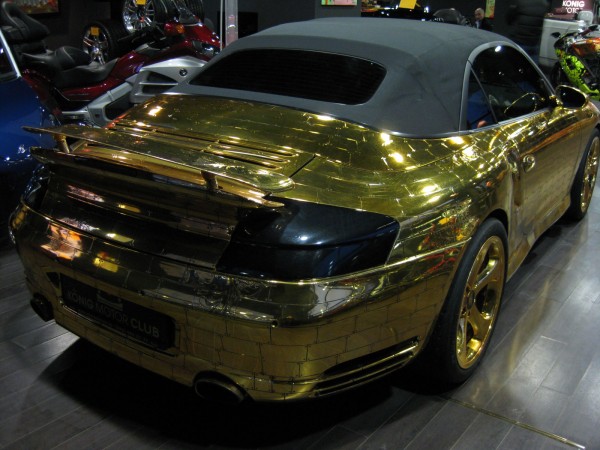