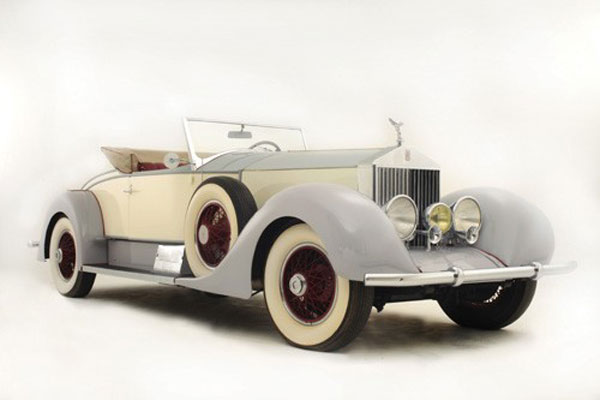 Rolls-Royce Phantom I was born in 1925, and now a 1927 example of the New Phantom which was bought in 1933, and then modified and updated in a stylish new Playboy roadster body by one of the biggest cowboy stars of the silent era, Tom Mix (adding further history to the cars background) is up for sale. After Mix’s death, the car was shortly owned by Bette Davies, and then went in ownership of movie giants Warner Brother’s and over the next thirty years, you could recognise it in classic movies such as the FBI Story, Giant and Daisy Clover, in which it was driven by Robert Redford. This Phantom has spent most of the last four decades in the hands of just two collectors, Hal Blaine the celebrated drummer, and then Bill McLenahan, drawn to the car by its Hollywood links. Coachwork is in White and Dove Grey, and is in overall very pleasing order, as is the pleasingly patinated red leather. Ttraces of the car’s history remain, including the medallion with the letter ‘M’ on the gear lever. Chris Routledge, Managing Director of Coys, said, “We already have some interesting cars attending the Concours d’Elegance including a Ferrari 212 Inter, Ronnie Hoare’s C-Type Jaguar, an Alfa 8C Monza and an Auburn 851 Speedster from the National Motor Museum.” “But the whole point is that anyone can turn up and put their car into the Concours and have the potential for winning a prize. The car doesn’t have to be exotic it could be a Mini or a Ford Anglia, the point of the Concours is to show cars right across the collecting spectrum.” Beside this 927 Rolls-Royce Phantom I Playboy Roadster, on the auction you can find some cars once owned by famous personalities include a 1954 Rolls-Royce that belonged to Dirk Bogard, and a 1972 Volkswagen Karman Ghia once owned by Kelly Jones and Javier Weyler of Stereophonics. Classes will include”The Churchill Trophy” for best car of the day, the Coys “Spirit of Motoring” to celebrate the epitome of the motoring enthusiast and “The Kensington Trophy” for the most elegant design. The sale includes a 1965 Morris Mini Cooper S recreated to the Italian Job specifications and the Jaguar Legend collection, with several E-Types, a SS100, a SS Tourer and various models of the XK and MK series, amongst others. [Coys] 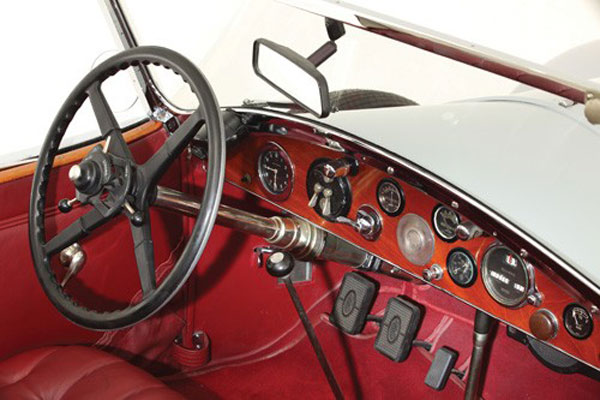 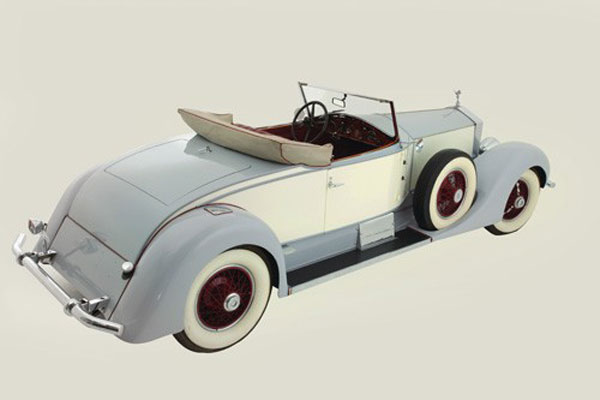