We have earlier wrote about Judy Garland’s Ruby Red Slippers, from The Wizard of Oz, which had an estimated price of $2 – $3 million at Hollywood memorabilia sale in New York, at the end of 2011, conducted by California auction house Profiles in History! Now, almost one year later, Judy Garland’s blue gingham dress from the same 1939 movie classic could fetch a half million dollars when goes under the hammer on November 9-10, 2012 at Julien’s Auctions Beverly Hills Gallery. 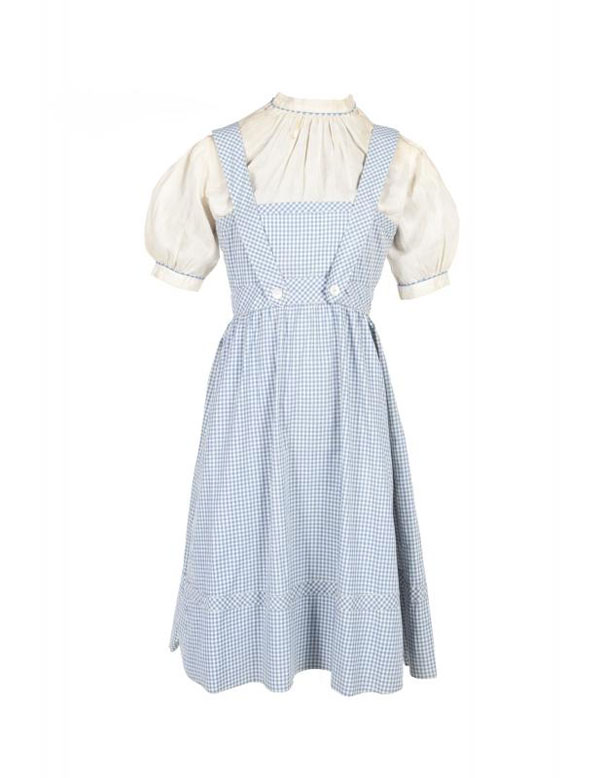 Several of these most iconic screen worn dress in film history were made for the production, but the dress to be sold, (estimated: $400,000-$600,000) is the only, original version seen in the film and the only complete original dress to survive, which includes both original blouse and blue and white pinafore. The dress has been designed by Adrian, the legendary Hollywood costume designer, made from cheap gingham and run up on a treadle sewing machine to ensure it looked authentically like a garment that had been made by Dorothy’s Aunty Em. 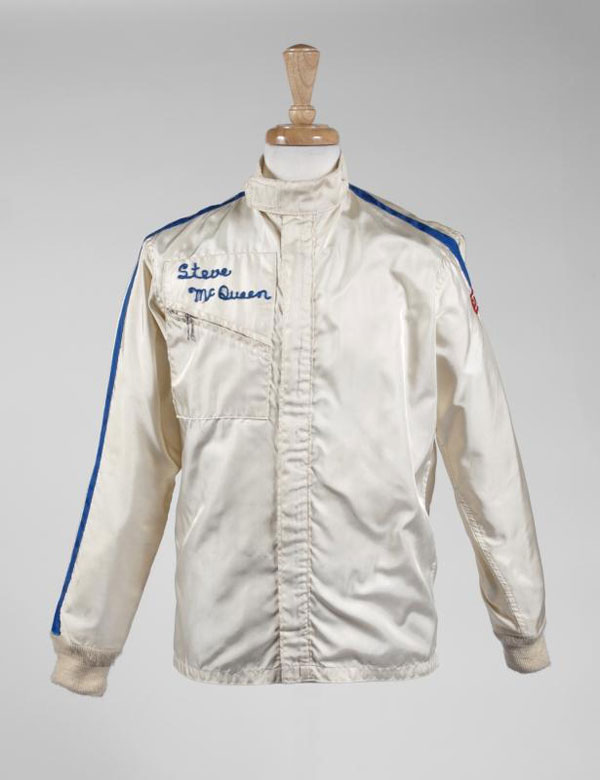 One more notable item, also considered to be highlights at the upcoming auction conducted by Celebrity auctioneer Darren Julien is Steve McQueen’s racing jacket, emblazoned on the back with the name of McQueen’s company, “Solar Plastics Engineering,” and on the front with his name “Steve McQueen, with an estimated price of $40,000-$60,000. That price could be negligible, compared with Steve McQueen’s race suit from the Le Mans movie, that has been sold at auction for an amazing $984,000 including commission fees, making them the most expensive item of motor racing related memorabilia, excluding complete cars. 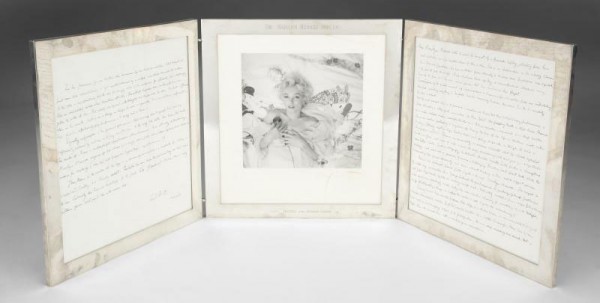 This collection of over 800 items of screen worn wardrobe, props, original photographs, and celebrity owned items will certainly attract a lot of collectors and Hoolywood fans. We single out some of the most interesting number of iconic Marilyn Monroe items such as: a “conformed” copy of Monroe’s Last Will and Testament from 1961 (Est: $5,000-$7,000); Monore’s photographs on the set of The Misfits by photographer Thomas Kaminski sold with copyright and a treasured silver Cartier triptych frame (Est: $35,000-$40,000); the marriage license of Elizabeth Taylor and Eddie Fisher (Est: $4,000-$6,000); Superman Christopher Reeves’ special effects Superman costume from Superman IV: The Quest for Peace (Est: $15,000-$20,000), as well as the ultimate in Royal historical memorabilia, a piece of wedding cake from the 1981 wedding of Charles and Diana, Prince and Princess of Wales and the 2011 wedding of Prince William and Kate Middleton, Duke and Duchess of Cambridge. The piece of cake from the wedding of William and Kate was a very special gift to Submariners, to whom William is Commodore (Est: $600-$800). 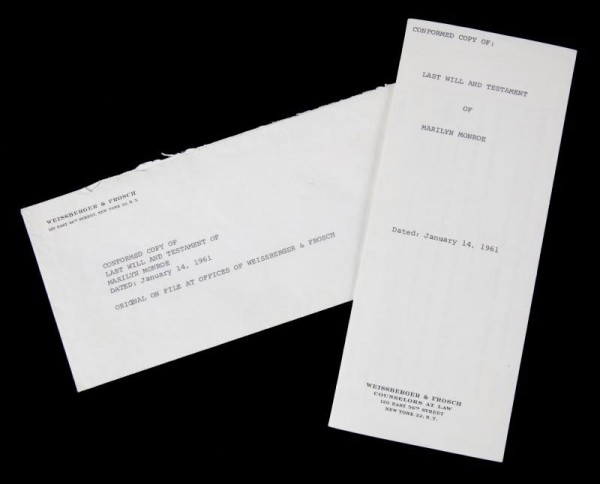