Iconic airplane, used in the award winning film (28 film awards, including seven Academy Awards) from 1985 Out Of Africa goes under the hammer at the Bonhams sale at the Grand Palais in Paris on February 6, 2013. This two-seater bi-plane, piloted by Robert Redford’s character Denys Finch Hatton is expected to fetch £120,000 ($192,350)! The plane is remembered as a part of one of the most fondly romantic scenes in film history, when Denys Finch Hatton, played by Redford and Karen Blixen, whose part was played by Meryl Streep are flying through the clouds above the Kenyan savannah. Denys dies tragically after he crashes the plane on his way to see Karen after she lost her marriage and livelihood in the movie. The 1929 De Havilland Gipsy Moth bi-plane is offered in excellent condition with a permit to fly, and it even wears its yellow-and-black livery and registration G-AAMY (in homage to pioneering English aviatrix Amy Johnson) as seen in the Sydney Pollack directed classic. The historic aircraft, which is 24ft (7.3m) long, 9ft (2.7m) high and has a 30ft wingspan, is capable of a maximum speed of 105mph (169km/h). “We are delighted to be returning to the Grand Palais in Paris in 2013, where the Motor Car, Motorcycle and Automobilia departments will combine with the 20th Century Decorative Arts department to conduct a series of sales,”said Bonhams spokesman. Among motor car lots already consigned for the February sale is the outstanding ex-works Bugatti Type 54 that raced at Monza on September 6th 1931 in the hands of Achille Varzi, estimate €2.5 million – €3.5 million ($ 3.2 million – $4.5 million). Out of Africa – plane scene – scene de l’avion by vik13

Robert Redfor and Meryl Streep in Out of Africa Movie 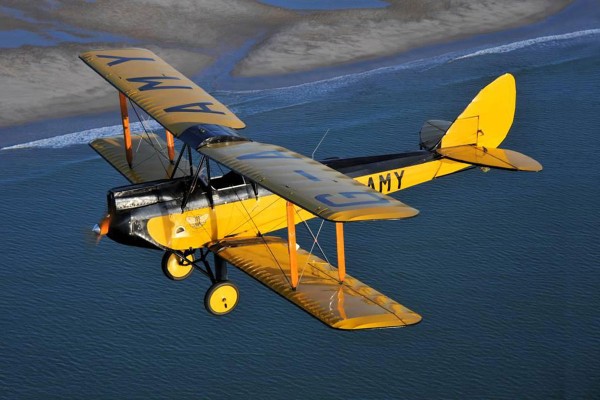