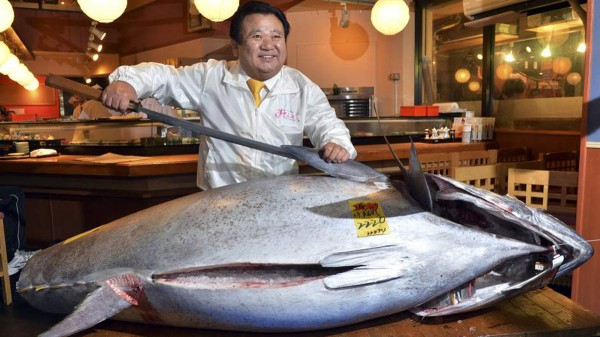 The winning bidder is same as last year – Kiyoshi Kimura, operator of the 46-store Sushi-Zanmai restaurant chain, who said “the price was a bit high,” but that he wanted to “encourage Japan.” He was planning to serve the fish to customers later on Saturday, although he did not say how much he planned to charge for a portion. Last year he told: “Rather than having it taken away overseas, I wish for Japanese people to eat good tuna together.” Seems that Kimura will be the winning bidder in the coming years, if his resources of money doesn’t dry up. Bluefin tuna is prized by sushi aficionados, but environmentalists warn that stocks of the majestic fish are being depleted worldwide amid strong demand for sushi. Bluefin tuna stocks have fallen globally over the past 15 years amid overfishing. [youtube]http://www.youtube.com/watch?v=C6dIEq8Uuag[/youtube] 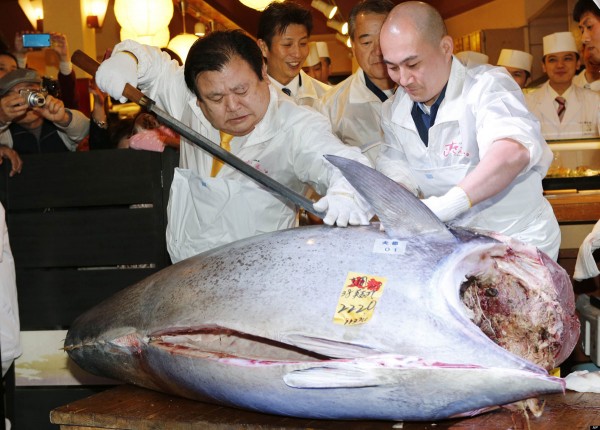 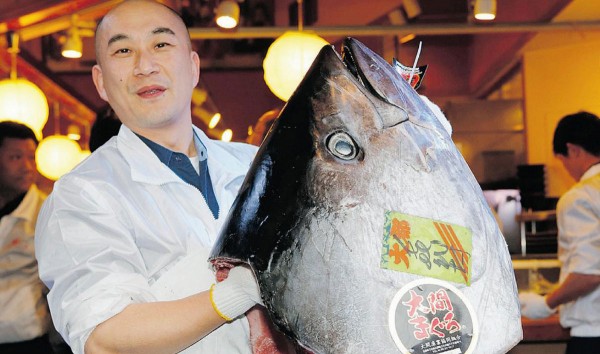