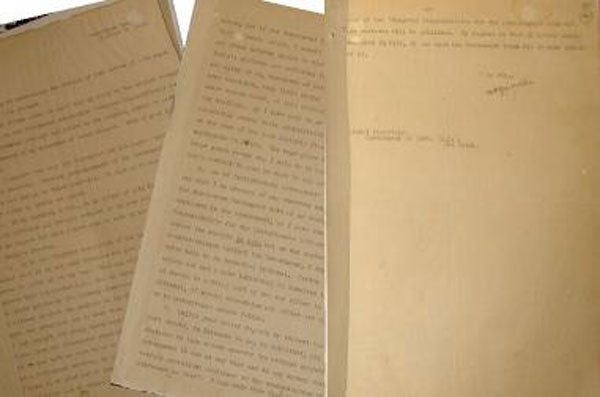 Letter by Mahatma Gandhi fetches $178,431 at an auction in Ludlow

The Father of India typed and signed letter that fetched an alarming $178,431 at Mullock’s Historical Documents, Autographs & Ephemera auction held in Ludlow. Gandhi was a prolific writer. He wrote letters almost every day to individuals and newspapers. Gandhi’s complete works were published by the Indian government under the name The Collected Works of Mahatma Gandhi in the 1960s. The writings comprise about 50,000 pages published in about a hundred volumes. The letter was written by Gandhi during his detention in India by the British government in 1943 and is a plea of freedom for the country. The letter which was expected to sell for $23,000 reached much more, more precisely 666.6% more. His elder son who wanted to provide for the family offered this letter to auction. Really appreciated work of Mahatma Gandhi has now a confirmation through this auction.
If you like you can check latest Other Stuff photos