This special version Corevette C7 Stingray has a label AeroWagon and can be ordered from the company Callaway. The rear part of the body will be developed from carbon fiber. Provided that it is for a sufficient number of applicants their clients have to allocate an additional $15,000 for processing models Corvette in the version AeroWagon. Callaway has announced that it will be fine tuned car capable of a top speed over 200 mph, but they did not publish details of the power unit. As a reminder, the standard version of the C7 Stingray Corevette is powered with 6.2-liter V8 engine with direct injection, power of 457 hp and 610 Nm of torque. If they receive a sufficient number of orders for AeroWagon version, the Callaway Company expects to deliver the first cars to customers at the end of 2013. 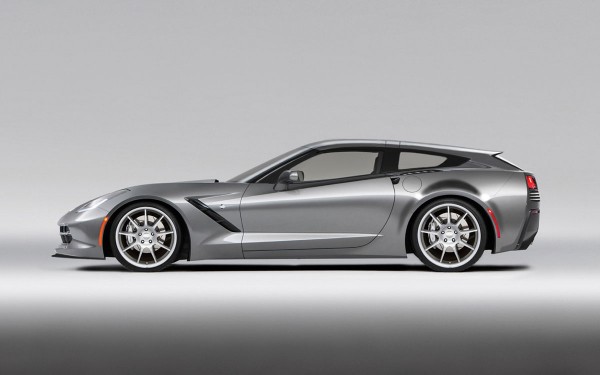