Fabergé Distinguished Midwest Private Collection is the highlight of upcoming Christie’s sale of Russian Works of Art. Over 30 lots by Fabergé, as well as Imperial porcelain table services and silver will attract many American collectors on April 15 in New York. Distinguished Midwest Private Collection includes everything from desk clocks to photograph frames, hardstone animals to Imperial cigarette cases, but he most striking item is a Jeweled Gold Box originally gifted to Princess Irene of Prussia by her sister Empress Alexandra Feodorovna, later in the collection of a German Royal Family (estimate: $40,000-$60,000). 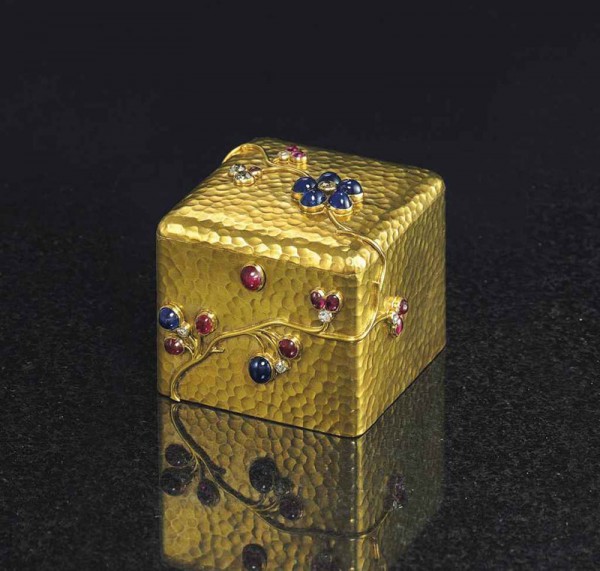 Other notable lots from the same collection include an Aventurine Quartz Gum-Pot in the form of an apple originally purchased by the Dowager Empress Maria Feodorovna from Fabergé in 1901 (estimate: $25,000-$35,000); a Gold and Bloodstone Gum-Pot formerly in the Forbes Magazine Collection (estimate: $30,000-$50,000); and a vibrant blue Jeweled Enamel Imperial Presentation Cigarette Case (estimate: $50,000-$70,000). Highlights also include an Important Silver-Mounted Porcelain Imperial Presentation Vase by Fabergé and the Imperial Porcelain Factory (estimate: $150,000 – $250,000); an impressive section of cloisonné enamel from a Private Arizona Collection; a Collar and Badge of the Order of St. Andrew the First-Called from a Private Collector; and a wide selection of late 19th/early 20th Century bronzes. With over 160 total lots and more than 60 by Fabergé, the sale is expected to realize in excess of $3.2 million. 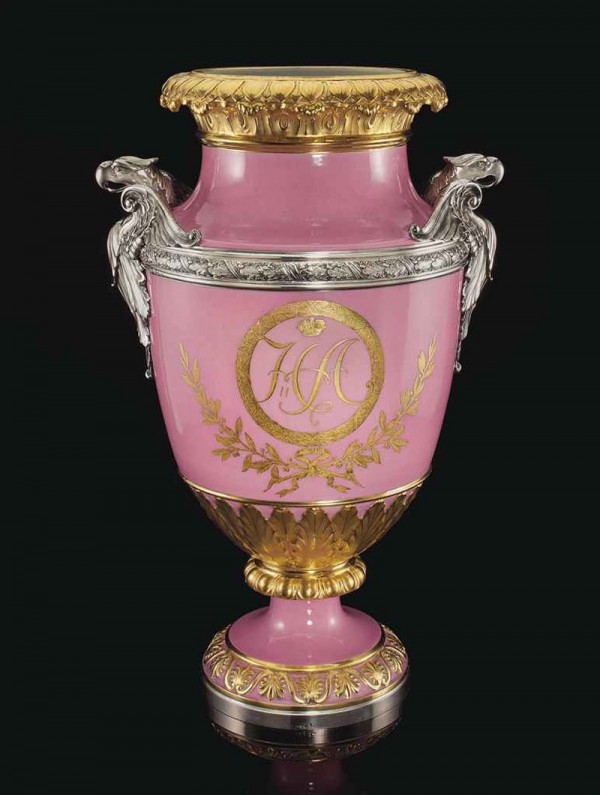 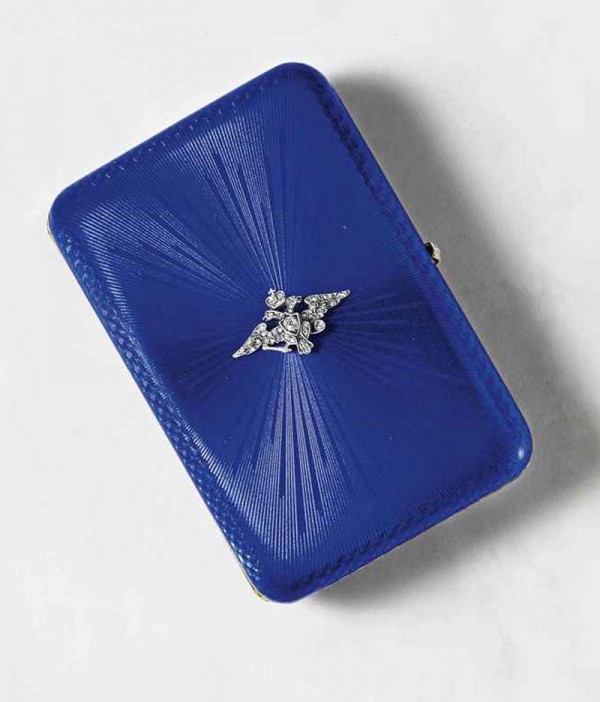 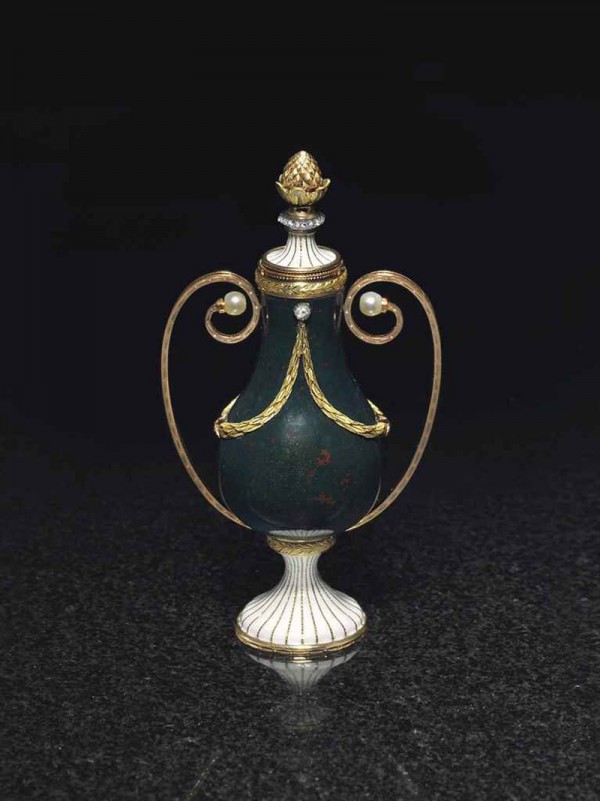 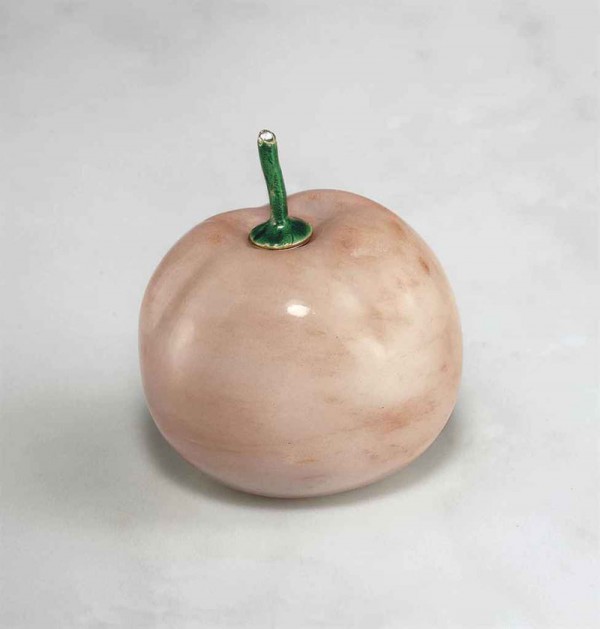