Porsche has released the first pictures and technical details of the new generations of the 911 Turbo and Turbo S, which will be presented to the public at the Frankfurt Motor Show in September 2013. Turbo versions of the 911 will be the first time with the system of all-wheel drive. Models Turbo and Turbo S of German manufacturer completes the range of the latest generation of the Porsche 911, which in the 2013 celebrating fifty years of existence. The new Porsche 911 Turbo is 4,490 mm long and 1,878 mm wide, while the wheelbase is 2,450 mm and is higher by 100 mm compared to the Porsche 911 Carrera 4. Turbo and Turbo S versions have 20-inch alloy wheels, the Turbo S has everything as standard lamps in LED technology, including LED daytime running lights, and dynamic control of beam headlights, which is based on the front camera, set in the lower part of the bumper. For models 911 Turbo this type of headlights is available as an option. 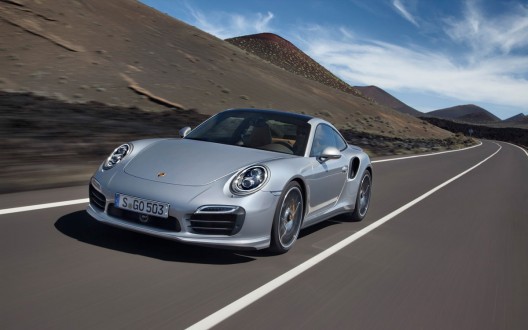 All four wheels drive technology will contribute to improved driving characteristics of the car to the race track and in everyday driving. Maximum turning angle of the rear wheels is 2.8 degrees and depends on the speed of movement. At speeds up to 30mph rear wheel drive system rotates in the direction opposite to the turning front. This is useful for driving in urban areas, and when parking, because in this way virtually wheelbase is shortened by 250 mm. The opposite effect is obtained at speeds above 50mph when the front and rear wheels turn in the same direction. The system thus ensures that the car behaves when cornering equivalent as vehicle whose wheelbase is longer by as much as 500 mm, which significantly improves the stability of the car when cornering. Porsche Turbo models for the first time applied the active aerodynamic system – PAA (Porsche Active Aerodynamics). The system consists of mobile, three stage front spoiler which is located at the bottom of the bumper and rear aerodynamic wings, which can also be placed in three different positions, depending on driving demands. Thanks to this technology, Porsche claims that they managed to improve the result of the Nürburgring Nordschleife in two seconds, while the 911 Turbo S model is able to circle the runway in less than 7 minutes and 30 seconds. Porsche 911 Turbo is powered by a 3.8-liter six-cylinder turbo-filled engine with direct injection that develops 383 kW/520 hp, while the S version with the same engine produces 412 kW/560 hp. In both models, power is transmitted to the wheels via an automatic seven-speed PDK dual clutch gearbox. Porsche 911 Turbo equipped with the Sport Chrono package is capable of 0 to 60mph in 3.2 s, while the Turbo S version for the same speed took 3.1 s. Top speed of both models is 200mph. The Porsche 911 Turbo will be available in September 2013 with a starting price at $149,250. Turbo S version will cost from $182,050. [youtube]http://www.youtube.com/watch?v=_5qgUO7Mq50[/youtube] 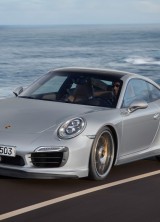 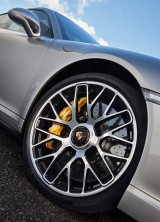 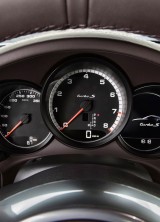 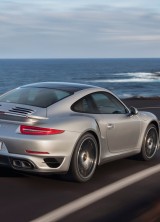 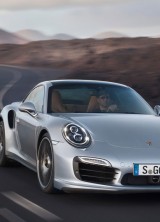 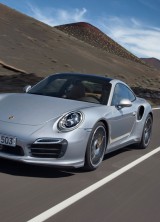 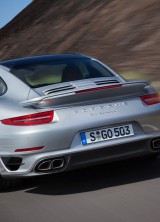 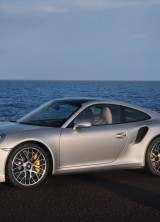 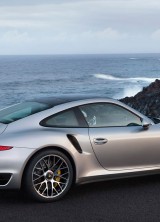 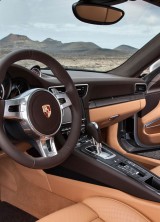 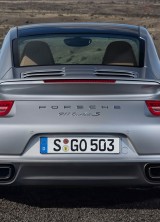 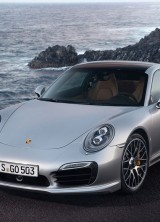 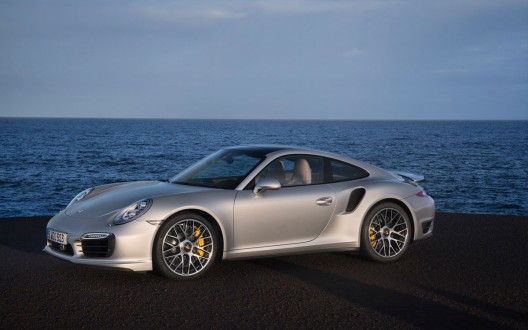