BMW has released photos and technical details of the new 4 Series Coupe model 2014. In relation to the concept that was introduced in January 2013 at the Motor Show in Detroit, the production version has expected somewhat more restrained design. Although the Coupe and Cabriolet versions of the BMW established a brand new 4 series, the new model has a distinctive visual features of 3 Series Sedan. Headlights, grille and hood are derived from the sedan models, while the design of the front bumper is distinct, although not exaggerated like the concept. BMW has also abandoned the previous solutions at rear of the vehicle, and the rear bumper now has a much more conventional look. 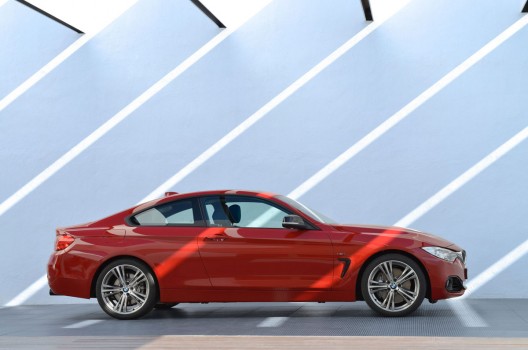 Instead of the wide opening in its lower part where there was a large rectangular terminations exhaust system, the production version of 4 Series Coupe now has the classic rear bumper with round profile exhaust pipes. The silhouette of the car has a distinctive falling roof-line that we have seen on the concept, and the differences between the two vehicles are best seen in the form of sills and exterior mirror. BMW 4 Series Coupe is 4,638 mm long, and longer by 26 mm from the outgoing 3 Series Coupe. It will be offered four trim levels, Sport, Modern, Luxury and M Sport package. Sport configuration will be visually distinguished by a sleek, black accents with sport tuned suspension and 18-inch alloy wheels with a distinctive double spokes. Luxury package comes in chrome decorative details, leather seats and fittings of lacquered wood in the cabin, while the M Sport aerodynamic configuration gets supplements, especially sports suspension, more powerful brakes and 18-inch alloy wheels and interior in M ​​style. Initially, customers will be able to choose between two petrol and one diesel engine. Weaker BMW 428i Coupe will be equipped with 2.0-liter four-cylinder turbo-filled gasoline engine with 180 kW/245 hp and 345 Nm of torque. The more powerful, BMW 435i Coupe is powered by a 3.0-liter six-cylinder that develops 225 kW/306 hp and 406 Nm. The diesel version, BMW 420d Coupe, have under the hood engine with 135 kW/184 hp. Power will be transferred to the standard rear-wheel drive with six-speed manual gearbox, while an option will be available, eight-speed automatic transmission. The 428i starts at $41,425, and the 435i starts at $46,925. Later the offer will be extended with a gasoline engine, the basic version of the 420i, as well as two more powerful diesel engine, model 430D and 435D. The BMW says the new coupe has improved handling characteristics than its predecessor, which is particularly reflected in steering precision and agility run. German manufacturer’s engineers were able to achieve ideal weight distribution per axle – 50:50. BMW 4 Series Coupe will have its premier at the Frankfurt Motor Show in September and will reach showrooms in early October 2013 year. 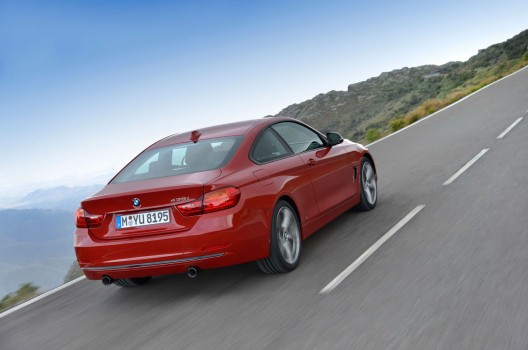 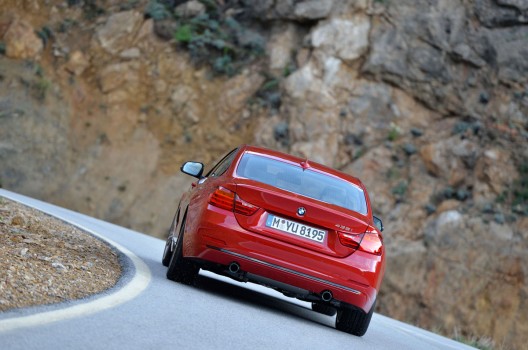 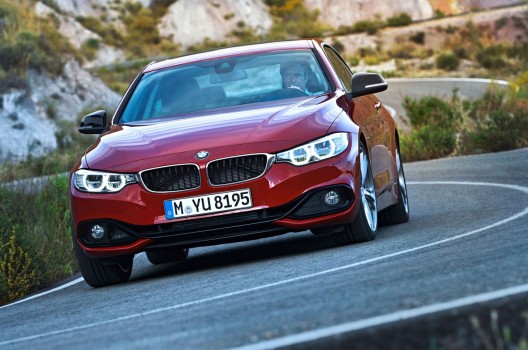