London’s One Hyde Park is the most exclusive address in the world: a residential scheme whose beauty, luxury and service place it in a class of its own on a global scale. So, no wonder why one–bedroom apartment in the Candy Brothers’ flagship development is on sale with the whopping price of £5.25 million ($8,4 million). Owned by bankrupt property developer Ray Grehan, this luxury flat in One Hyde Park, Knightsbridge, which sits opposite Harvey Nichols and Burberry stores is actually result of long-running dispute between a failed Irish property developer and Ireland’s “bad bank”. This is in fact the first repossession at London’s most expensive residential development. 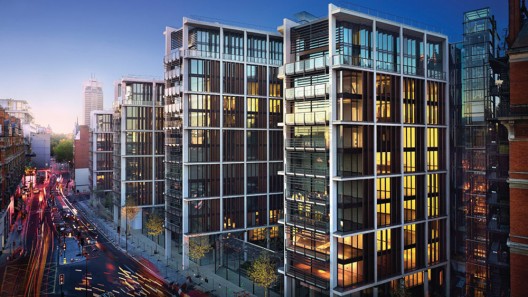 Mr Grehan paid £3.7million ($5.9) for the flat in 2007 off plan but subsequently sold it to an offshore company called PostLake, which has links to a trust whereby Mr Grehan and his family are beneficiaries. It has been put back on the market following a court settlement this summer between Mr Grehan and Nama (National Asset Management Agency) after it took legal action against him last year. Now being sold through Strutt & Parker, the flat is 988 sq ft, and features a 17ft x 10ft bedroom, a bathroom and a 24ft x 13ft reception room, with a little kitchen behind a sliding door. According to the seller, it also boasts “unrivalled facilities” including a swimming pool, gym, squash court, spa, cinema and virtual golf simulator, as well as its own temperature-controlled wine storage system. It is considered to be one of the development’s more affordable, “entry-level” apartments, where prices for bigger apartments have fetched up to £140million ($224 million). This one apartment comes with a service charge of nearly £14,000 ($22,500) per annum and ground rent of £2,000 ($3,200) a year. 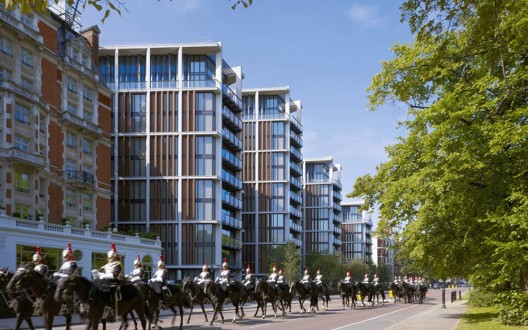