Wooden violin that Wallace Hartley played while famous Titanic was sinking over a hundred years ago, has been sold for £900,000 ($1.45 million) in just 10 minutes at auction in Wiltshire. This is a world record fee for memorabilia from the doomed liner. This wooden symbol of selflessness, courage and resolve had a guide price of £300,000 ($485,000), and was sold through telephone bidding to the buyer who was identified only as a “British collector of Titanic items.” 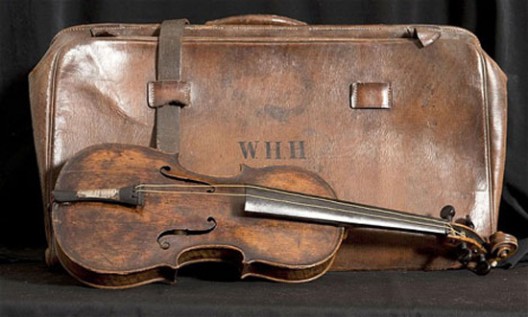 “In my 20 years as an auctioneer, I can honestly say I don’t think any article has made people show as much emotion as this one,” said the auction house’s Andrew Aldridge. “People pick it up and start crying.” Wallace Hartley was the bandleader and one of the eight musicians who are on that fateful evening, decided to sink with the ship’s crew and thousands of other travelers. Hartley and his colleagues, in the manner of top professionals, a music recital done with a song “Nearer, My God, To Thee”, and then became engulfed in the Atlantic. His body was found ten days after the shipwreck, but his violin was not on the list of things that were found and it was believed that it remained in the depths of the ocean. However in 2006, the son of a musician amateur got from her teacher a gift instrument that her family was kept in the attic. It turns out that this is a Hartley violin! A diary entry by his fiancee, Maria Robinson, said it was saved from the water and returned to her. 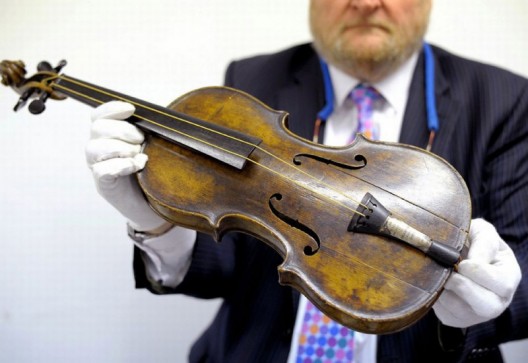