In recent years, more and more dinosaur skeletons can be found at auctions, and they reache incredible prices. Such one case happened at an auction in Britain on Wednesday where large and rare skeleton of a diplodocus was sold for £488,000 (app $797,000). The magnificent creature, nicknamed “Misty” – short for the “Mystery quarry” where she was unearthed, is believed to be one of only six relatively complete specimens in the world, which roamed what is now the United States some 160 million years ago. The 55ft-long Misty, which carried an estimate of £400,000 to £600,000 as it went under the hammer at Summers Place Auctions in Billinghurst, West Sussex, was sold to an unidentified buyer, who promised that she will go on public display. 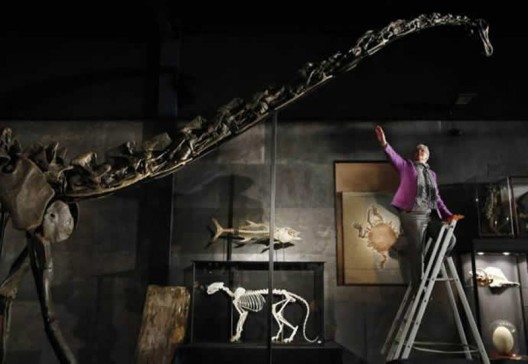 The skeleton was discovered in 2009 in the US state of Wyoming by the children of famed German paleontologist Raimund Albersdoerfer. During excavating a quarry in Ten Sleep, Wyoming, Albersdoerfer told his two sons to leave him alone and try exploring nearby. After few hours, they returned and announced that they had found a bone so big they couldn’t carry it. Albersdoerfer spent the next nine weeks unearthing bone-by-bone, from the rock what remained of the gigantic creature, which later was taken to a conservation lab where she was prepared for her journey to Netherland. She was sent to England for reassembly and put up for Evolution sale at Summers Place auctions in West Sussex. 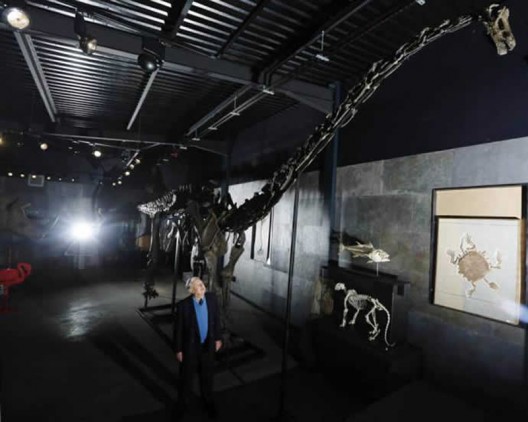 “You are talking about a very rare item indeed. Even if you were lucky enough to find one in the first place, the digging out and the preparation then involved is an enormous undertaking”, said Errol Fuller, an author and natural history expert who curated the Evolution sale. “Extracting Misty from her stony mattress, he added, would have been a difficult and time-consuming task in itself. The rock that it was embedded in would have been extremely hard to break away from the bones, and you couldn’t go at it with a sledgehammer because the bones were vulnerable to breaking.” 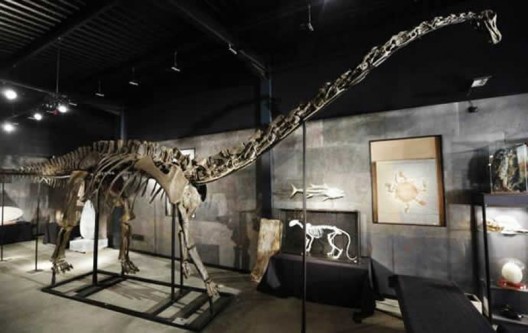 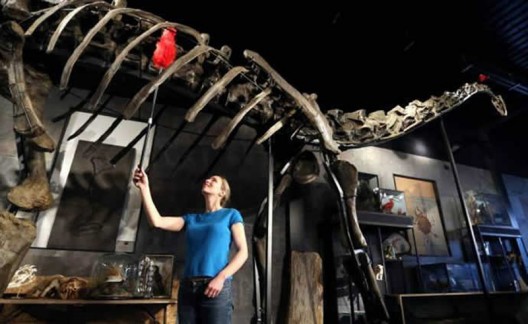