How would you like to travel on penthouse on rails? We already wrote about this penthouse on rails, and now East Japan Railway Co. unveiled the design for the train. This deluxe sleeper train service comes in spring 2017 and will carry passengers in the lap of luxury throughout eastern Japan and later the entire nation. The train will pass through the Sanin region and the coastal area along the Seto Inland Sea from the central Kinki region. 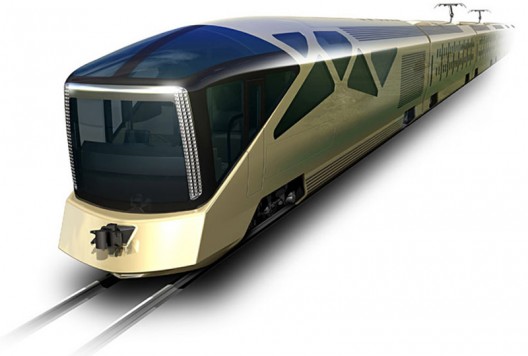 I Dubbed the “cruise train”, it is JR East’s answer to the hugely popular Nanatsuboshi (Seven Stars) train operated by Kyushu Railway Co. (JR Kyushu), Japan’s first sleeper train designed solely for tourism. The train will have 10 cars, which will be colored champagne gold and accommodate up to 34 passengers. Spearheading the design of the train is Ferrari designer Ken Okuyama, so it’s not surprising predominance of large glass-paneled windows and high ceilings. He takes from the legacy to also give the luxurious sleeper train a deluxe suite car with two rooms, one of which will be a two-story structure. 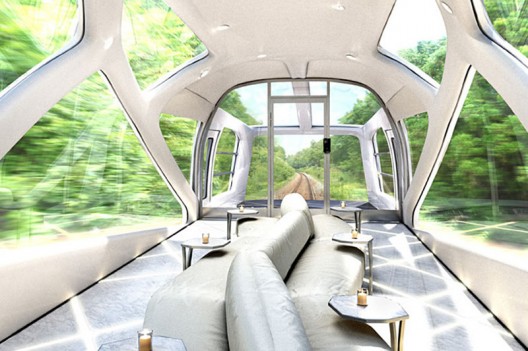 The first floor will have two beds while the second floor will be covered with Japanese-style tatami mats, perhaps, for added effect. Each of rooms can accommodate up to two guests. Besides the deluxe suites, five cars have been designated to house suites as well. The new luxury train will also have a dining car and lounge car. Prices have yet to be determined. 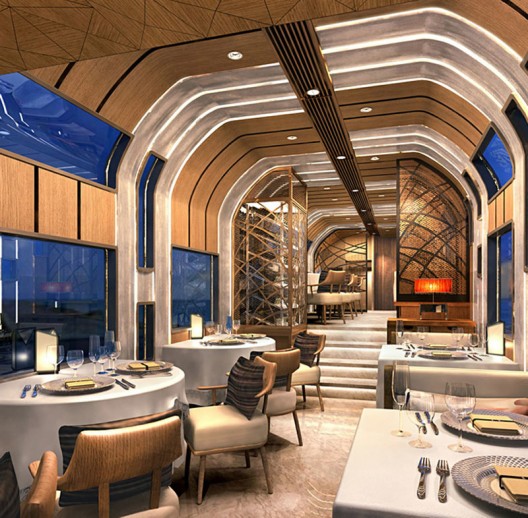