26.25m Charter Yacht Windquest is a long range semi custom Long Island 85 series catamaran, built by the France-based shipyard JFA Yachts, launched in April this year. This fast cruising catamaran, the first of a semi-custom “Long Island” series is now available for rent. The spectacular WindQuest superyacht features naval architecture and luxurious interior by the French design studio Marc Lombard. She has a layout with three staterooms and an office. 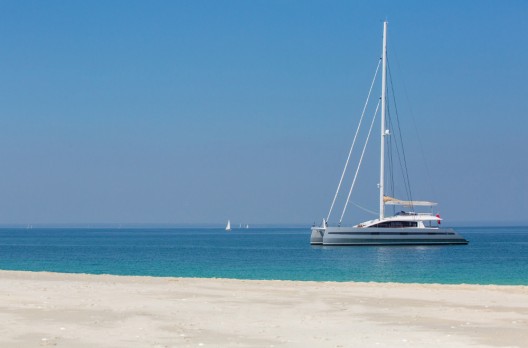 The full-beam owners’ cabin boasts 180-degree views and is unusually spacious for a yacht of her size. There is a private deck space set just forward of the owners’ suite. The owners’ bathroom is set in the port hull, along with the office. Further guest cabins are found aft in the port hull and in the starboard hull. There is also a crew quarter including a captain’s cabin, crew galley and mess. In total, eight guests and six crew can be accommodated. 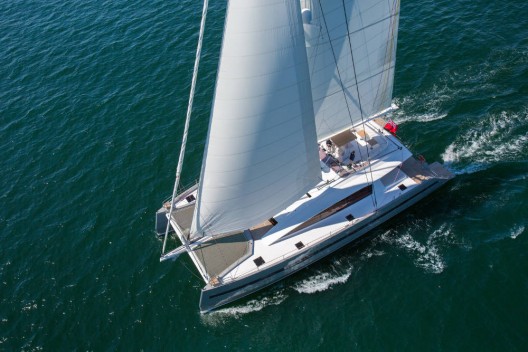 Boasting an aluminium hull and a fiberglass superstructure, this  luxury yacht  is powered by twin 380-hp engines. Her beam is of 11.93m, while her draught of 2.5m. At her economical speed, WindQuest motors at 8.6 knots for a fuel consumption of 21 l/h and can reach 12.9 knots at top speed. WindQuest is outfitted with up-to-date sail technology, included a carbon mast and boom, and her hydraulic winches allow her to be operated by a small crew. As a weight savings measure, teak decking is only used forward of the owners’ cabin and in the cockpit. 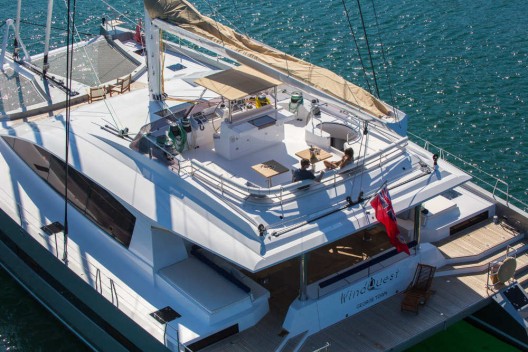 Numerous deck lockers allow the stowing of fenders and mooring ropes as well as all the toys (inflatable SUP boards, snorkelling equipment, wakeboard…). On this boat, a large garage opening on the aft platform can stow four bicycles. After completing her maiden voyage in southern Brittany, WindQuest will sail along the English Channel and down the Atlantic coast from London, UK, to Lisbon, Portugal, this summer before heading to the West Indies in the Caribbean this winter. 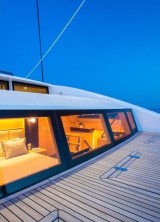 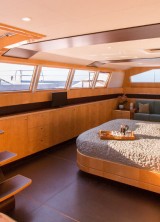 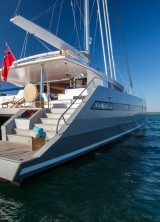 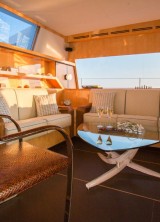 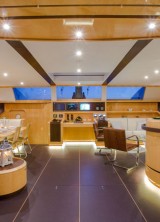 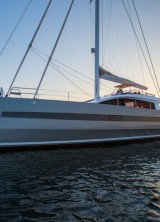 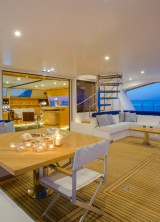 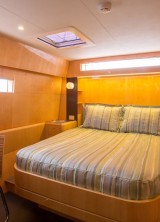