After being demobilized, an American soldier, bought a silver Nissan Skyline GTR, but soon he realized that the color does not match to him. And instead of simply painting change, he decided to take a different turn. He and his wife have joined forces and started to work independently. He took care of the interior and she was in charge for exterior impression. The choice of “paint” was unusual, a thin marker called Sharpie, and the result is commendable. 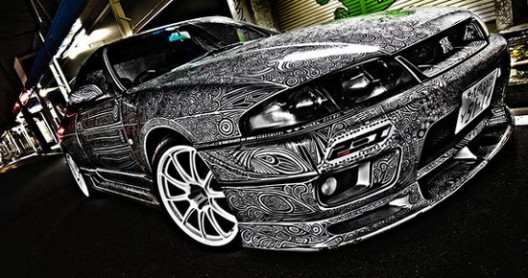 She started drawing simple shapes over a few scratches. She did not stop, and 15 hours later in front was a vehicle that takes your breath away. The idea was born. The pictures show the car after 100 hours of drawing, and through the artwork is applied a special layer of invisible paint, to keep the drawing in place. 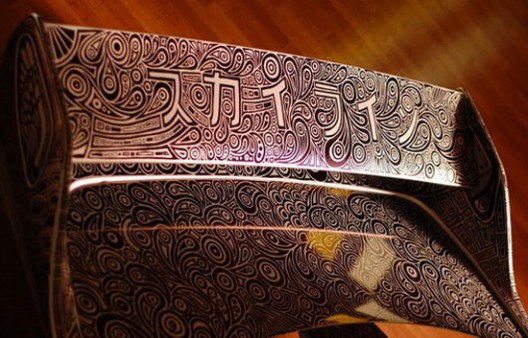 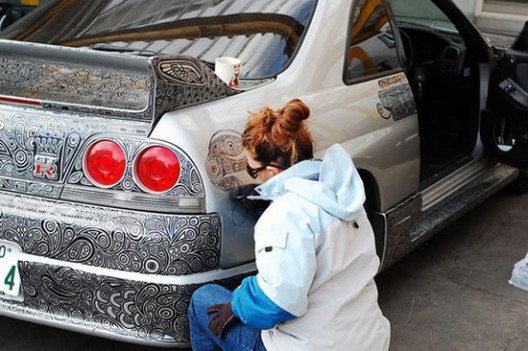