MSC Cruises announced the first of its new “Seaside” class of ships, set to debut in November 2017. Simply named MSC Seaside it will sail year-round from Miami to the Caribbean. “The Seaside class of ships is part of MSC Cruises’ $5.3 billion fleet expansion plan that will allow the company to double its capacity by 2022,” said line CEO Gianni Onorato at the Cruise Shipping Miami trade conference in Miami Beach. “Today is a very exciting day for the company as this is the first major announcement related to the company’s new builds and demonstrates our enthusiasm and long-term commitment to continuing to expand our presence in North America.” 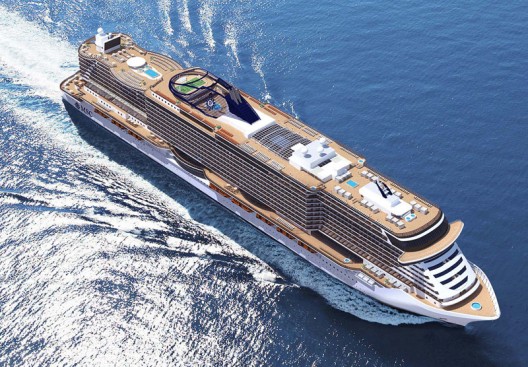 The 154,000-ton ship that can hold 4,140 guests at double capacity will be the second year-round effort from South Florida by MSC following the 2013 debut of MSC Divina. Also, this will be the largest cruise ship ever built by Fincantieri shipyards. The ship’s design features 463,000 square feet of public space including a double deck atrium with glass walls offering up views of the ocean, waterfront promenade and will also have the cruise line’s ship within a ship concept, the MSC Yacht Club, which offers guests private lounge, pool and solarium. 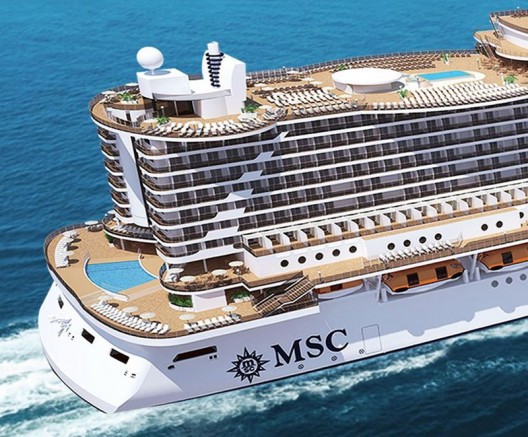 The ship will also have what’s promised to be the most interactive water park at sea sporting five water slides, one of which will be part slide, part video game. The park is being built by WhiteWater West Industries of Canada. In addition, MSC Cruises announced that its Miami-based cruise operations will benefit from a newly renovated and expanded dedicated berth and terminal at PortMiami. 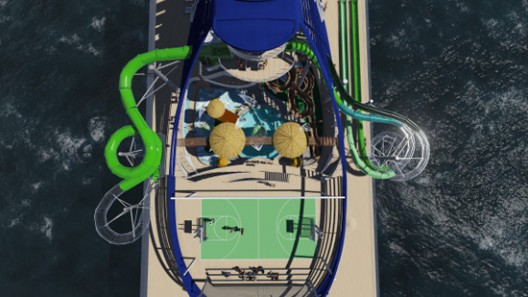