Few cars embody the glamour, speed and power of the pre-war Bentley era better than the ‘Blue Train’ Bentley Speed Six. In this car Bentley Boy Woolf Barnato raced and beat the famous Train Blue northwards from the Côte d’Azur to Calais. His achievement was so exceptional that a 2015 re-run by Car Magazine in a Continental GT3-R only just managed to beat Barnato’s average speed set in 1930. 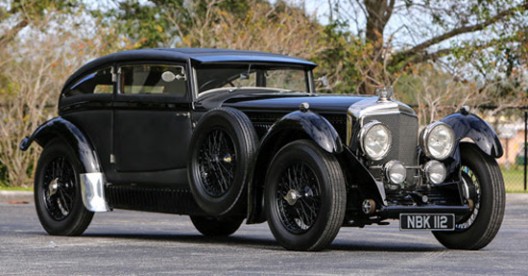 The race is still a fascinating legend, and in October 2005, 75 years after the event occurred, Bentley Motors celebrated it with a limited-edition version of the current series Bentley, a 6.75-liter four-door saloon named the Arnage Blue Train Series. The Blue Train re-creation which was modeled after the Gurney Nutting Coupe and built to exacting standards by a renowned coachbuilding firm in the United Kingdom will be offered by Auctionsa America on Saturday, April 2, 2016 at its Fort Lauderdale 2016 sale. This series is ever popular, as the firm has a lengthy three-to-five year waiting list for those looking to acquire their own fabled Bentley. This example, built on a Bentley platform and has only covered a modest number of miles since, and it therefore remains in as-new condition throughout. 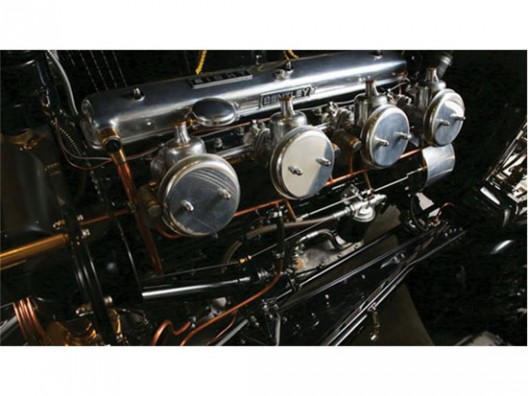 The car is equipped with a Bentley inline eight-cylinder engine that has been beautifully detailed and features four SU carburetors, which create a healthy 180 horsepower. The powerful inline-eight is mated to a synchronized four-speed transmission, making the Bentley a true pleasure to drive. Wire wheels with knock-offs, motorcycle-type fenders and many polished aluminum mechanical components add to its sporting flavor. The aft trunk also features a full toolkit in a fold-down tray, should the owner wish to work on the car themselves. The beautifully crafted interior features matching liquor cabinets, with each containing a decanter and a set of crystal glasses that have been engraved with the Bentley “B,” to provide touring comfort for the passengers. 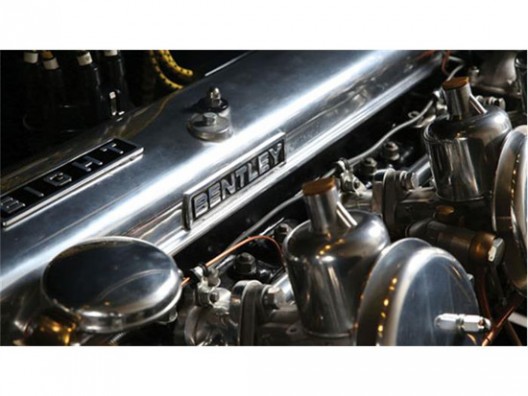 The cabinets are finished in highly polished walnut, as is the dash cowl and the tops of the doors. Beautiful black leather completes the interior, along with matching carpet. A Webasto sliding sunroof is fitted, as are twin side-mounted spare wheels. This Blue Train, finished in a stunning and menacing black vinyl-and-leather-covered body, has quite a presence on the road. The car is estimated to bring $600,000 – $650,000. 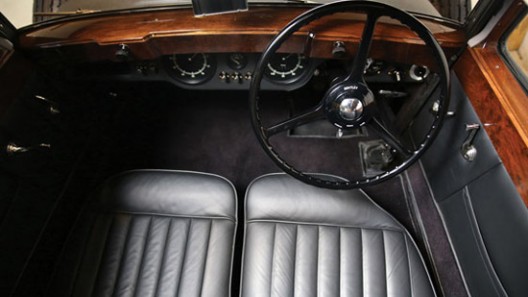