Bentley unveiled the Bentley Mulsanne Grand Limousine by Mulliner at the 2016 Geneva Motor Show, showcasing the ultimate expression of bespoke automotive luxury, craftsmanship, individualisation and refinement. The Mulsanne Grand Limousine by Mulliner is a rare example of a modern coachbuilt car. Its creation involved extending the wheelbase and body of the original Mulsanne by 1,000 mm, as well as adding 79 mm in headroom in the rear, to create a passenger experience like no other. Inspired by luxury private aviation, features two rear-facing seats, allowing passengers to talk face-to-face. 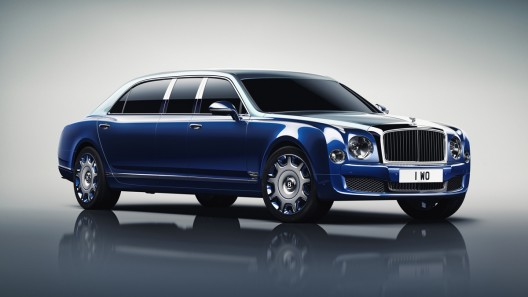 Bentley craftsmanship is evident in every detail, such as the three handmade dials displaying UK and local time, alongside the temperature outside the car. Veneered, folding picnic tables allow the occupants to work comfortably on the move, while a bottle cooler with crystal flutes sits between the front facing seats and a soft drinks cabinet with bespoke crystal tumblers between the rear facing seats allow for refreshment in luxurious style. The finest materials have been applied throughout, with the higher roof and extra length offering a true sense of space in which to relax. 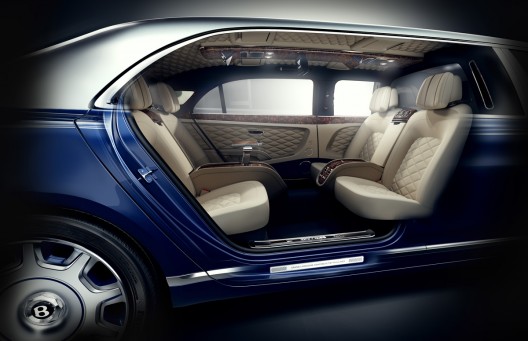 A custom heating, ventilation and air conditioning (HVAC) system has been designed and built by Mulliner, specifically for the Mulsanne Grand Limousine. With two discrete zones, it enables each rear passenger to adjust the settings to their personal requirements, without affecting the experience of their travelling companions. There are many more bespoke digital features, including handcrafted docking stations for charging Apple iPads and an intercom system for communication with the driver. The interior division between the front seats and the rear features electrochromic ‘smart glass’, the first time this technology has been implemented in a Bentley. 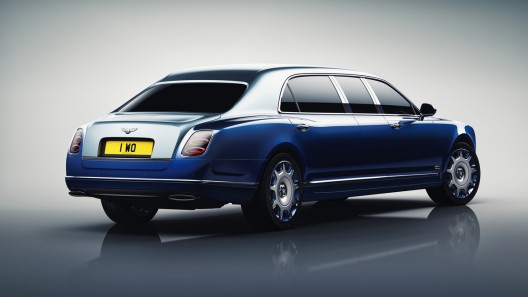 At the touch of a button, the entire panel can be switched from transparent to opaque, for complete privacy. Wolfgang Dürheimer, chairman and chief executive of Bentley Motors, comments: “The Mulsanne Grand Limousine showcases the exquisite craftsmanship of our in-house coachbuilder, Mulliner and exemplifies the way in which our experts consult with a customer to turn their vision into an extraordinary reality. The attention to detail, quality, creativity and skill applied to every Mulliner commission is truly unique in the automotive world.” 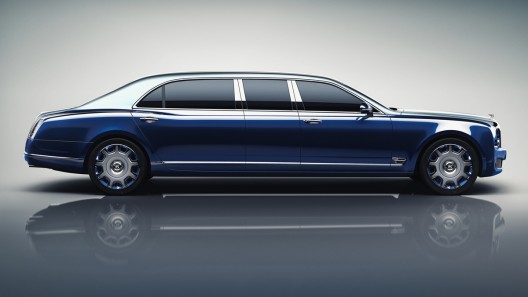