The French company Lazareth is perhaps unknown to the general public, but is well gained reputation by its unusual and somewhat eccentric designs. Theirs latest creation continues this tradition, but is also raised to a higher level. The Lazareth at Geneva Motor Show has unveiled its model LM 847, which runs the 4.7-liter V8 engine from Maserati factory, with power of 470 “horses” and 620 Nm of torque. 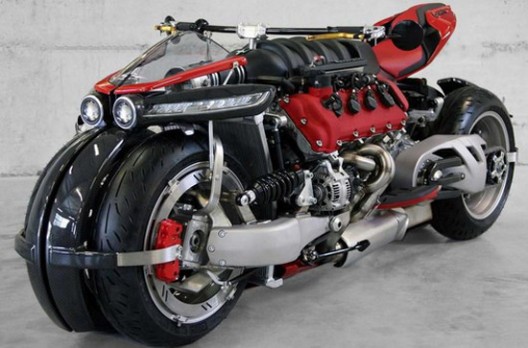 Lazareth LM 847 reminiscent of the Dodge Tomahawk, and visually and technically is quite similar to Yamaha Tesseract concept. There is also a part of the Ducati, but literally, because the back of the bike is taken from the 1299 Panigale motorcycle. It should be noted that the bike has TFX suspension, Brembo brakes, Rizoma mirrors, as well as the Michelin Power Cup Pro tires. This insane machine weighs only 400 kilograms. 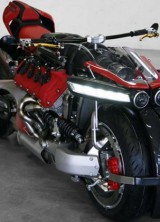 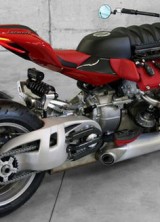 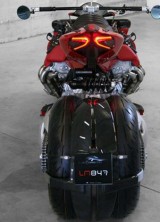 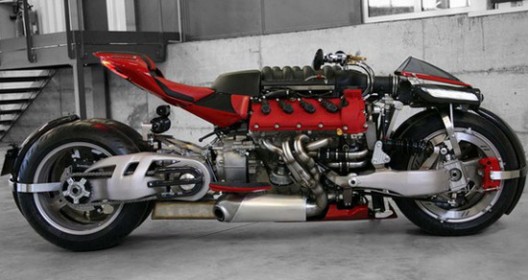