Officially, the only Republican candidate for presidential nomination in the United States, Donald Trump, has a crazy fans. This car is not owned by the New York magnate and potential US president, although this could be his style. On the contrary. This is the work of a company from Florida, which have modified Lamborghini Aventador with 690 horsepower and V12 engine for an customer, and over the entire hood has Trump portrait with inevitably American flag. 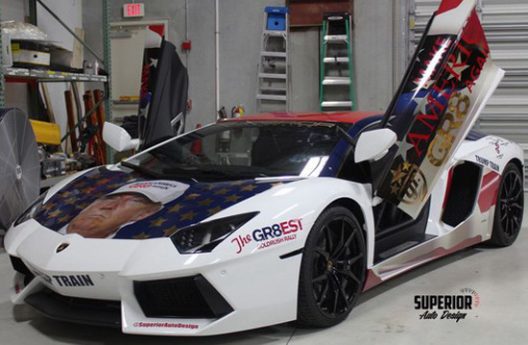 There is also the motto of his campaign for the nomination: “Let’s make America great again.” The media have already given him a name: Trumpventador. This car is participating in the “Gold Rush” race, which this year runs from Boston to Los Angeles. 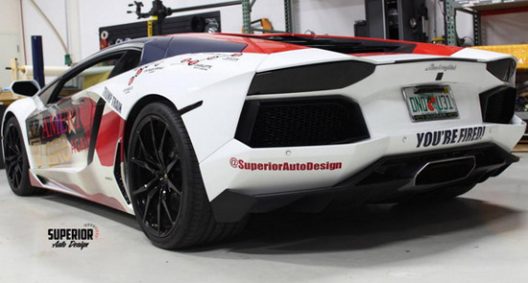 Along the way will go through Washington, Charlotte, Nashville, Colorado Springs, Salt Lake City and Las Vegas. All participants along the way will have royal and VIP treatment, with accommodation in five star hotels. 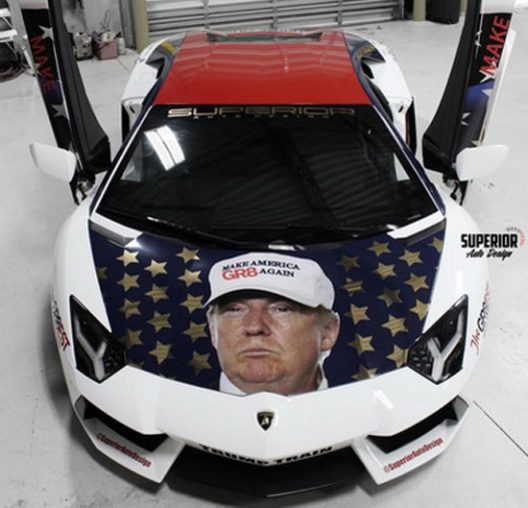