The 330 GTC was introduced in Geneva just two years after the 330 GT 2+2, and it embodied the best of both worlds between the comparatively plush 330 GT 2+2 and the more hardcore 275 GTB. The 330 GTC used the same steering, suspension, and transmission as the 275 GTB, and these features, coupled with a wheelbase that was 10 inches shorter than the 330 GT 2+2, made the GTC much more dynamic to drive. Perhaps the most sporting characteristic of the 330 was its engine. 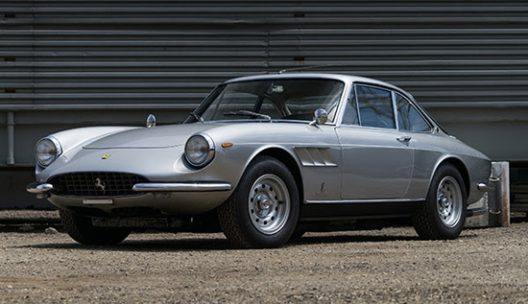 The 330 GTC’s Colombo V-12 produced 300 horsepower and had a top speed of 150 mph, with a 0-to–60-mph time of less than seven seconds. “One professional competition driver likened its cornering capabilities to those of a good, mid-engined Group 7 sports/racing car.” A report from Rosso Corsa Consulting LLC shows that in 1968, this Ferrari was sold new to Count Antolini-Ossi in Rome, Italy; and in 1969 it is believed to have been traded in on a 365 GT 2+2. The Antolini-Ossi brothers bought over a dozen brand new road Ferraris throughout the late 1960s and into the 1970s. This wonderful Ferrari GTC is finished with silver paintwork that is complimented by excellent brightwork. 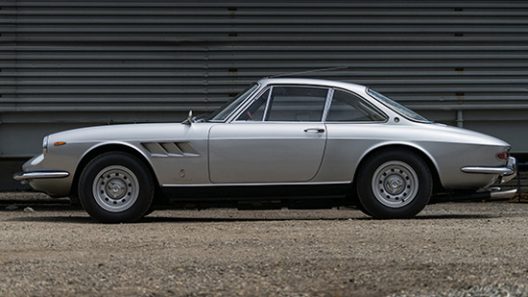 The interior is equipped with air conditioning, power windows, AM/FM radio, wood grain dashboard and steering wheel; and also well-presented black pleated upholstery. Under the bonnet of this Ferrari is the 3,967-cc V-12 engine that is producing 300-hp and mated to a manual transmission. At the end of the 330 series’ production run, total numbers for the GTC stood at 598. This specific example has been well cared for and is fit to be driven. It wil be offered by Auctions America on Saturday, June 25, 2016 at its Santa Monica Collector Car Auction where is estimated to bring $625,000 – $725,000. 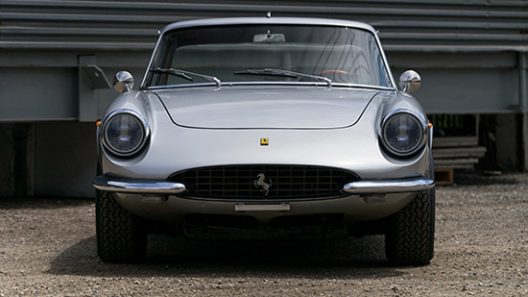