The 1971 Ferrari 365 GTC/4 on offer, Chassis # 14419 is likely the most important example of the model to be offered to the public in recent years. According to the accompanying Massini Report, Chassis # 14419 was the sixth example produced and was ordered, invoiced, and delivered new to Carrozzeria Pininfarina S.p.A of Torino, Italy. Additionally it was kept and used by Company President Sergio Pininfarina as a personal vehicle from 1971 until 1973. Beyond being enjoyed by Mr. Pininfarina personally, the car was also the coachbuilder’s press/marketing demonstrator for the recently penned design. 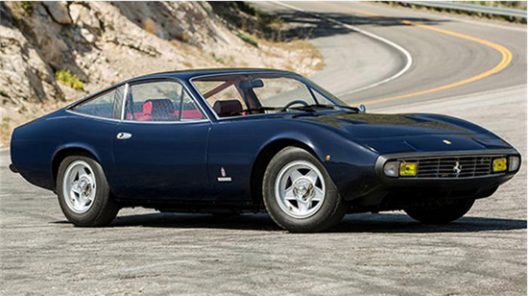 As the in-period marketing photos depict, the GTC/4 was marketed towards Ferrari’s Gran Touring market, and thus the GTC/4, based on the Daytona, received several upgrades. Power steering, rear seats, a slightly longer wheelbase, air conditioning and self-leveling rear suspension all added up to an element of practicality not found in the Daytona. Being the choice for Sergio Pininfarina as a car to use and enjoy, personally, it is no surprise that the GTC/4 is commonly the alternative to Daytona ownership. If one seeks all the comforts of a true GT car while remaining rare with only 505 examples produced, a GTC/4 is the best option. Mr. Pininfarina’s GTC/4 benefits from a total nut-and-bolt mechanical restoration by the well-known marque experts at Fast Cars Ltd. of Redondo Beach, California. The restoration entailed the engine, transmission, rear end, suspension, brakes, and other such related components/systems being comprehensively rebuilt/restored to concours standards. This was completed without regard to cost with only correctness and quality in mind and receipts that total in excess of $120,000. The wheels and knock-offs have also recently been refinished and are wrapped in a brand new set of correct Michelin XWX tires. Only an estimated 100 miles of engine dyno time and a further 300 driving miles for sorting have been attributed since completion in May of 2016, deeming it turn-key and as close to perfect as possible, mechanically. 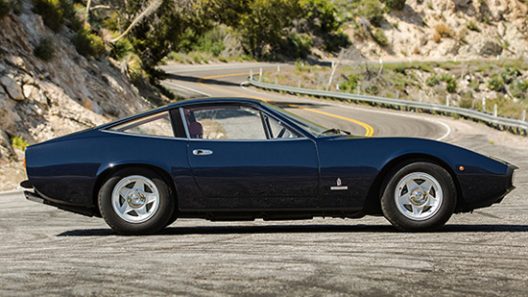 Cosmetically, the car is finished in the desirable color combination of Blue Sera with a nicely contrasting red leather interior. This was completed by a former FCNA judge and east coast Ferrari collector/restorer around 2008. The interior has been well tended to and sports a correct Becker radio; a nicely restored steering wheel and all other components throughout match the quality of the rest of the car. As the sixth example produced, there are certain elements that are believed to be unique to an early GTC/4 such as the leather dash, which is in excellent condition. Overall, the cosmetic condition is suitable for concours or driving events and should be considered excellent. The car will be offered by Auctions America on Saturday, June 25, 2016 at its Santa Monica Collector Car Auction, and is expected to bring $400,000 – $475,000. 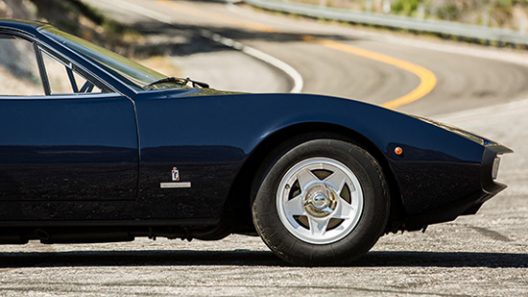