Two years ago, Hammacher Schlemmer has revealed a $100,000 life-size replica of a 40-foot long T-rex skeleton that stands 15-feet tall. Now, for only $2.39 million, you can get the real T-rex skeleton, or at least half of it. Theropod Expeditions is selling this semi-real 38ft (l) x12ft (h) x 10ft (w) collectible in case you have a Jurassic-sized room. The skeleton is 45% complete, with 135 of its 300 bones being genuine fossils collected in Montana and Wyoming, while the rest are filled in with accurate replicas. 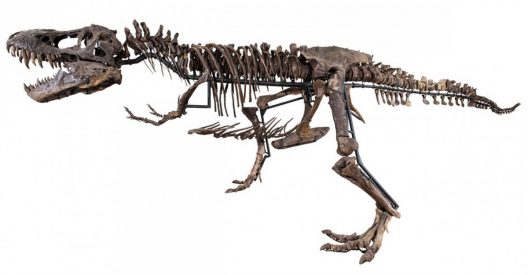 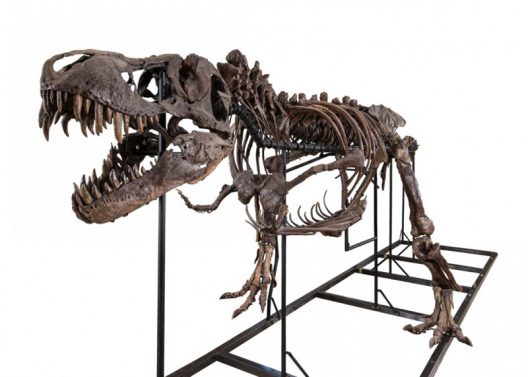 Garfield County, Montana, which lies in the shadow of the reservoir, has produced some of the highest quality specimens of Tyrannosaurus rex that have been recovered. “Roosevelt” takes his place alongside composite T. rex specimens including those exhibited at the American Museum of Natural History and the Natural History Museum in London, UK. “Roosevelt” is truly a beautiful and exciting display specimen, fully prepared and mounted for exhibition. 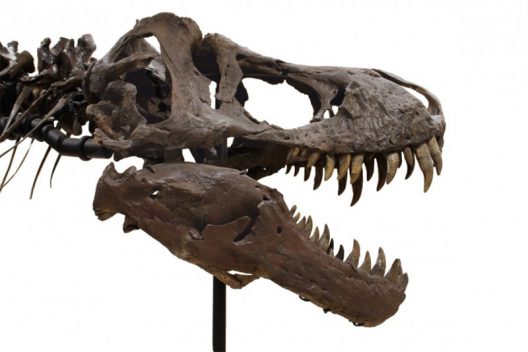