Moleskine celebrates the world of Harry Potter and the power of storytelling with new limited edition notebook. While fantastic beasts, flying broomsticks, spells and wizards born from the imagination of J.K. Rowling are brought to life on paper and on screen, with this Limited Edition Collection they will kindle your imagination and accompany you on your everyday exploits. 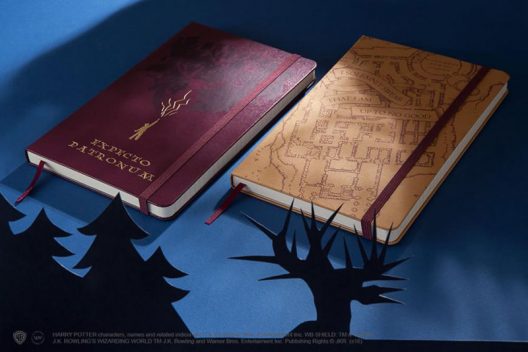 A set of two Limited Edition Notebooks featuring unique cover art inspired by Harry Potter’s adventures make up the collection, created under license from Warner Bros. The first edition is the Patronus Charm Burgundy notebook. On the burgundy cover the image of a young wizard printed in debossed gold casts the powerful Expecto Patronum spell surrounded by the dream-like image of a stag, Harry Potter’s magical “Patronus” guardian. In Harry Potter’s world the Expecto Patronum spell is a complicated charm that transforms happy memories into a powerful shield against dark and dangerous creatures. 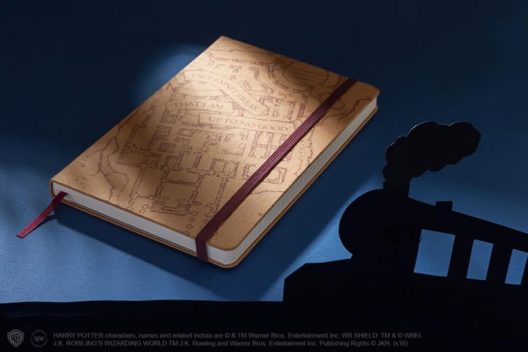 The second edition is the Marauder’s Map Clothbound notebook, which is inspired by the magical parchment that reveals every classroom, hallway and corner of the Hogwarts School of Witchcraft and Wizardry including the secret passageways. The notebook is clothbound to give the look and feel of a piece of parchment paper, as in Harry Potter’s world the map is a precious paper that only reveals itself to wizards and witches who solemnly declare they are up to no good. If you’re interested in grabbing one you can head to Moleskine’s official site. Each one will retail for $24.99. 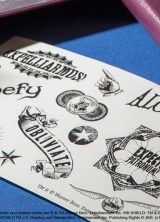 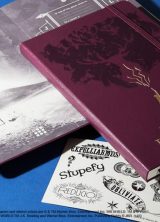 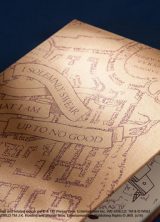