Besides the beauty and historical value, this car from 1937 is extremely rare and was made only in two copies. Talbot-Lago T150-C SS you see in the photographs is one of only two copies ever made with closed front fenders. The car, due to the specific body shapes, in that time was compared with a drop of water, is made in a factory of the company Talbot in November 1937.

According to RM Sothby’s vehicle is “survived” the Second World War and in 1946 when the car was registered in Switzerland it was converted into a convertible. Unfortunately, original body parts were lost. Vehicle was returned to its original appearance in 2000 and apart from the body, the rest of the car is in factory condition from 1937. Talbot-Lago T150-C SS is powered by six-cylinder petrol engine. The car will be on RM Sothby’s auction which will be held in May in Italy, and it is estimated that the bid price will reach $ 4 Million. 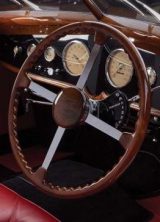 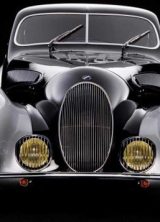 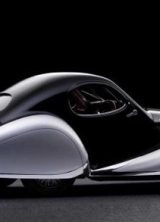