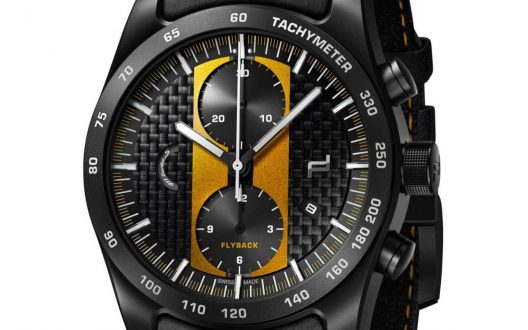 The watch strap is constructed of the same high-quality leather and thread like the vehicle seats – made with great care and perfect craftsmanship. The sapphire glass bottom of the Chronograph 911 Turbo S Exclusive Series gives an insight into the Porsche Design movement with the energy-optimized automatic winding system, whose design and finish is based on the 911 Turbo S Exclusive Series. A conventional chronograph function records successive events through three consecutive actions on the pusher: stop, reset and restart the timepiece. For the Chronograph 911 Turbo S Exclusive Series, Porsche Design has developed its first proprietary movement – the Werk 01.200 with flyback function that automates these three processes in rapid succession. Performance just like in motorsport. The chronograph will be accessible exclusively to the future owners of the 911 Turbo S Excusive Series sports car, which is linked to the respective individual limit number (001/500 – 500/500) and like the vehicle is custom-made and will be personally delivered. 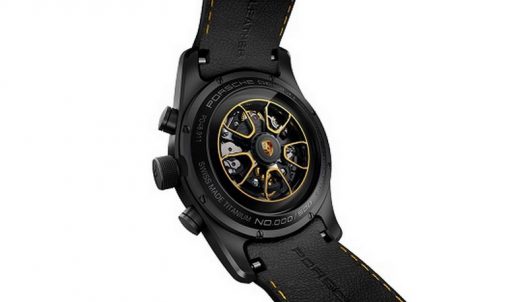