At the auction in Geneva, a Chinese vase with a estimated value of 500 francs ($ 510) was sold for a record 5 million Swiss francs ($ 5.1 Million). The public sale organized by the auction house of Enchères in Geneva brought to us the incredible competition of two enthusiasts, and the more persevering won after offering five million Swiss francs for the vase, which is 10,000 times more than the original catalog price of the vase. 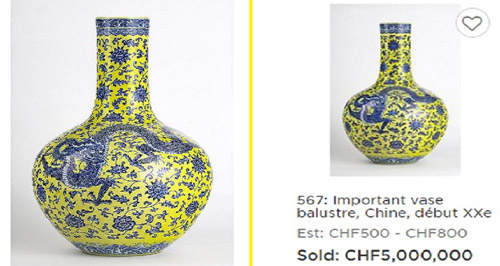 The yellow vase is about 60 centimeters high, on which is drawn three blue little dragons. It is not correctly established from which period the vase originates, but most experts claim that this is a pot fro, the last century. The auction organizers announced that this is the record amount paid for auction sales in Geneva, except for auctions that sell expensive watches and jewelry. 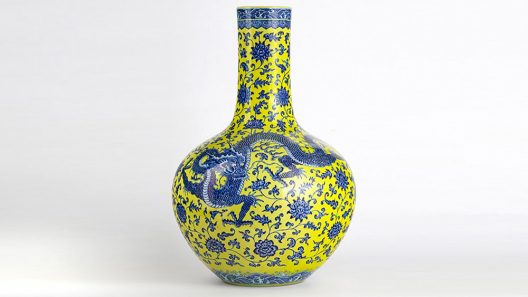